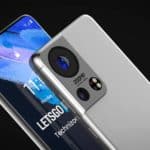 Samsung is reportedly planning to make a significant improvement to the main sensors of the Galaxy S22 and S22 +. While they equip the S21 and S21 + with a 12 MP sensor, their successors could benefit from 50 MP sensors. It is not yet known whether the Ultra model will take over the 108 MP sensor from its predecessor. When the Galaxy S21 was released, Samsung repeatedly … END_OF_DOCUMENT_TOKEN_TO_BE_REPLACED 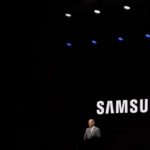 Rumors are circulating about the design of Samsung's Galaxy S22 series. Even though the Galaxy S22 series will not be released until 2022, there are already many rumors circulating about these devices. And this week there has been a lot of media talk about the design these might have. For example, according to a source relayed by the Android Authority site, with the Galaxy … END_OF_DOCUMENT_TOKEN_TO_BE_REPLACED