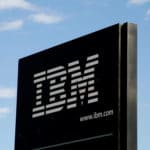 A group of IBM researchers are working on an AI to limit discrimination in online advertising campaigns.“The foundations of advertising are crumbling and we have to rebuild the house. While we're at it, let's make sure fairness is on the agenda,” said Bob Lord, IBM vice president. On June 24, 2021, IBM told Reuters that a 14-person team will work on online ad bias for the … END_OF_DOCUMENT_TOKEN_TO_BE_REPLACED 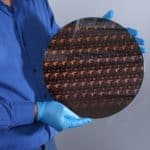 IBM's new 2nm chip consumes 75% less power than 7nm ones.On May 6, 2021, IBM announced on its blog that it had created the first 2nm microprocessor. Compared to those of 7nm, for the same performance, Big Blue's new chip consumes 75% less energy. Using as much power as for the 7nm chips, the 2nm microprocessor has a performance increased by 45%. The autonomy of the new … END_OF_DOCUMENT_TOKEN_TO_BE_REPLACED