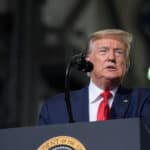 The platform intends to question the supposed censorship of the web giants with regard to conservative opinions. It is a sort of refrain that we hear a lot in the Republican camp. The American right believes that his words are increasingly censored by the giants of the web that are Facebook, Twitter and Google. Some are even outright banned from these major social … END_OF_DOCUMENT_TOKEN_TO_BE_REPLACED 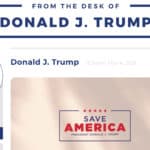 Donald Trump's days as a blogger are over. The former US president deleted his blog because he did not appreciate having so few readers. It won't even last a month. Launched on May 4, Donald Trump's blog disappeared from his official site without explanation. This space, entitled "In the office of Donald Trump", was to offer a way for the former President of the United … END_OF_DOCUMENT_TOKEN_TO_BE_REPLACED