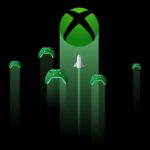 No need to buy an Xbox Series X to enjoy the performance of the latter. Indeed, Microsoft is slowly but surely migrating certain titles playable via the Cloud to servers capable of delivering a power similar to that of the console of the American manufacturer. At present, only a few games enjoy these benefits. Xbox Series X powered by the cloud On June 10, the Redmond … END_OF_DOCUMENT_TOKEN_TO_BE_REPLACED