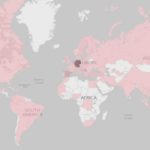 Europol hails one of the "most important and sophisticated operations to date in the fight against criminal activity". Europol announced on June 8 the success of an impressive police operation called “Trojan Shield”, “Greenlight” or “Ironside” depending on the country. An international police coalition involving 16 countries gained access to an encrypted communication system … END_OF_DOCUMENT_TOKEN_TO_BE_REPLACED