You are here: Home / News / 800 arrests in the field of organized crime via an encrypted communication system 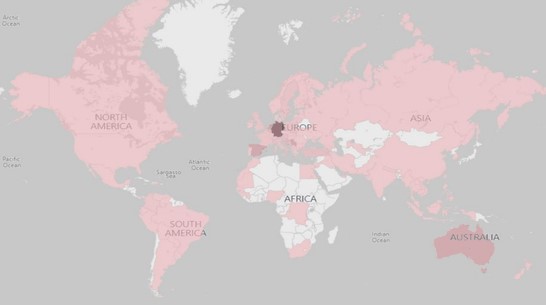 Europol hails one of the “most important and sophisticated operations to date in the fight against criminal activity”.

Europol announced on June 8 the success of an impressive police operation called “Trojan Shield”, “Greenlight” or “Ironside” depending on the country. An international police coalition involving 16 countries gained access to an encrypted communication system used by criminals called Anom. This access enabled 800 people to be arrested, belonging to the Italian mafia, Asian criminal syndicates, and motorcycle gangs.

Anom, an almost creation of the FBI

It all started in 2018, when the FBI arrested Vincent Ramos, CEO of a company, Phantom Secure, which actually sold encrypted phones to criminals. On the sidelines of this arrest, the FBI recruited a “human” source, a member of Phantom Secure, reports a document from the American justice system , relayed by Le Monde.

This source suggested that US federal agents use the technical infrastructure of an encrypted messaging system intended for organized crime that it has developed. The American authorities launched the Anom service in October 2018. It only offers the sending of messages, encrypted and accessible only to the black market. The FBI obviously had the key to gaining access to all user interactions.

After a rather conclusive beta test, helped by three former Phantom Secure resellers, the operation gained momentum. The Australian police were quickly integrated. In particular, she could ensure that it placed the Anom devices in the hands of suspects known to her services. In a statement she explained that ” The devices circulated and their popularity grew among criminals, who trusted in the application’s legitimacy, because significant figures of organized crime vouched for its integrity  .”

“Over 12,000 encrypted more than 300 criminal organizations has used phones“

The Dutch National Police, the Swedish Police Authority and others joined the operation, supported by an Europol task force. In total “More than 300 criminal organizations have used 12,000 encrypted phones” in a hundred countries said Jean-Philippe Lecouffe, deputy director of operations at Europol. According to US authorities, Anom devices were active in five countries, Germany, Serbia, Australia, Spain and the Netherlands. Over 27 million messages were analyzed, offering a unique panorama on the exchanges concerning drug trafficking, money laundering, murder plans.

Anom received a welcome boost in 2020 and 2021. They have dismantled two similar crypto services. Sky ECC and EncroChat have been infiltrated by French, Dutch and Belgian law enforcement agencies, giving organized crime a serious blow. According to the document released by the American justice system, after the fall of Sky Global, which managed the Sky ECC service, in March 2021, the active users of Anom went from 3,000 to 9,000.

After three years, the results of the operation are staggering. Besides the over 800 arrests around the world, were seized 8 tons of cocaine, 22 tons of cannabis, 8 tons of synthetic drugs (amphetamine and methamphetamine), 250 firearms, 55 luxury vehicles, 48 ​​million dollars in various currencies.

The authorities of the various countries welcomed both the international cooperation and the flattering results of the operation. Linda Staaf, chief intelligence officer of the Swedish police, hailed “one of the largest police operations led by the intelligence services against violent crime and drug networks ever carried out in Sweden“.

But the succession of successful operations against Sky ECC, EncroChat, the Anom network, questions the resilience of criminal networks, capable of switching from one encryption system to another. The Deputy Chief of Operations of the Drug Enforcement Administration (DEA) said on June 8, “These operations underscore the seriousness of the international drug threat and provide a solid foundation upon which future investigations can build“.