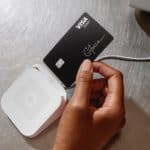 The Fintech Marqeta "is one of the most sought-after stocks on the pre-stock market". We were talking about it a year ago, with already colossal figures. Marqeta, the Californian Fintech competing with the Irish Stripe, has just filed its IPO application after a year of considering such an operation. In twelve months, its valuation has multiplied. That its revenues … END_OF_DOCUMENT_TOKEN_TO_BE_REPLACED