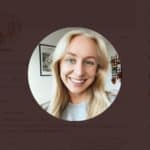 A woman named Siri wrote an email to Apple CEO Tim Cook asking for a Mac for his 30th birthday, after enduring years of jokes because of his first name. Siri Hafso's email to Tim Cook is currently going viral on TikTok. In the video Hasfo states "I wrote an email to the CEO of Apple asking for a computer because I feel like they owe me after years of Siri … END_OF_DOCUMENT_TOKEN_TO_BE_REPLACED