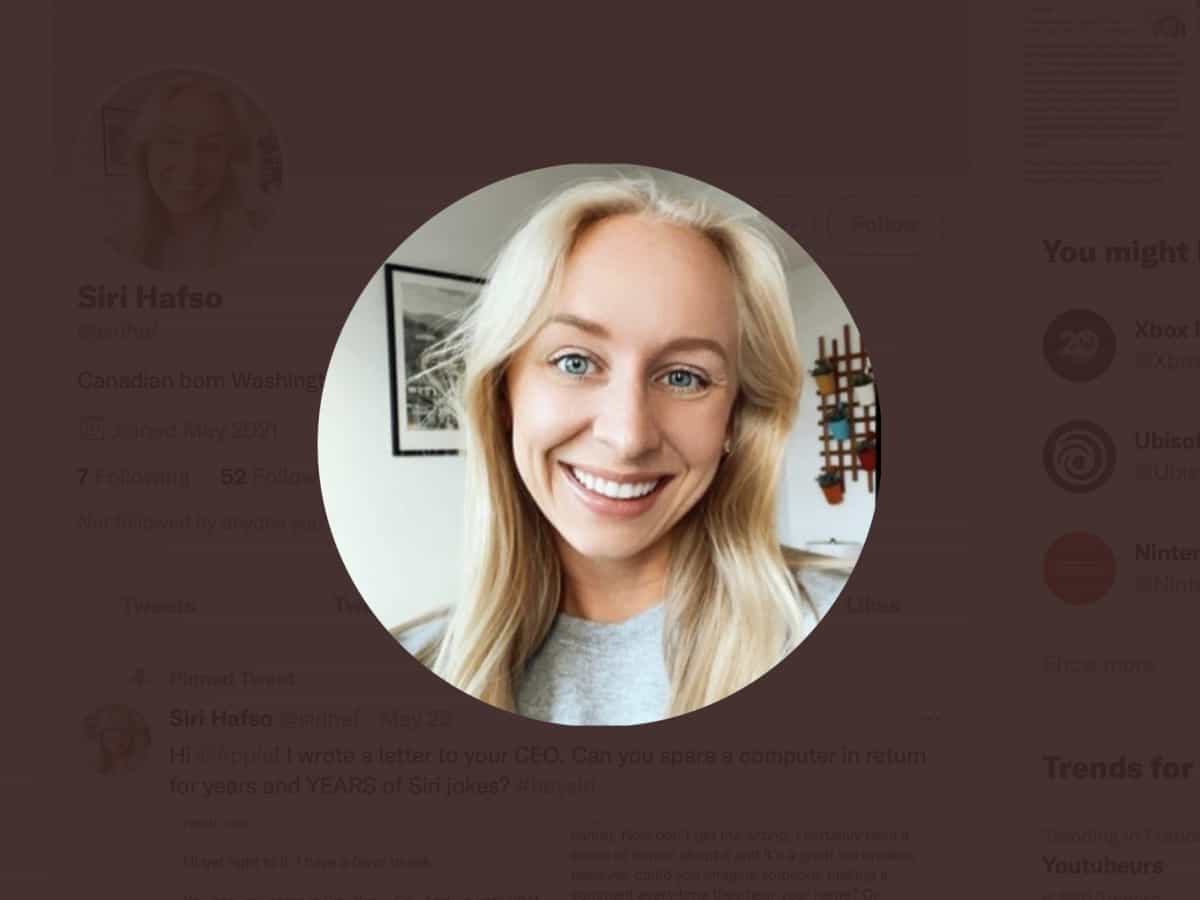 A woman named Siri wrote an email to Apple CEO Tim Cook asking for a Mac for his 30th birthday, after enduring years of jokes because of his first name.

Siri Hafso’s email to Tim Cook is currently going viral on TikTok. In the video Hasfo states “I wrote an email to the CEO of Apple asking for a computer because I feel like they owe me after years of Siri jokes.”

Hello Tim! I’m getting straight to the point. I have a favor to ask. You see, my name is Siri. Yes … Siri. And until 2011, I was the kid who could never find her name on a keychain at the gift shop. I was the teenager who knew when the nurses were about to call me because they were looking at my badge, not knowing how to pronounce my name.

Now, Hafso explains all she hears is “Siri? Like the iPhone?” Or “Did your parents give you the name of the iPhone,” even though Siri is going to be 30 in June. Siri says his MacBook took its last breath in 2014, and even the technician at his Apple Store appointment asked him for ID because he didn’t believe it was his actual name. Hafso also reveals that as an actor, she unfortunately lost her job because of COVID-19. His humble request of Tim Cook is a free MacBook, even the one sitting on a shelf in the bonded warehouse, or the one that “gets refurbished after spilling one too a good deal of coffee on his keyboard”. You can read Siri’s full email … or gift him a Mac, it’s up to you.