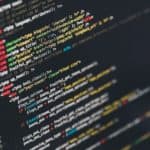 This quantum computer would be more powerful than that of Google, former holder of the title. A team of Chinese researchers from the China University of Science and Technology in Hefei claims to have designed the most powerful quantum computer in the world. The announcement was made on June 28 in the arXiv archive at Cornell University. According to the … END_OF_DOCUMENT_TOKEN_TO_BE_REPLACED