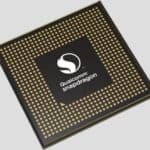 Qualcomm CEO Cristiano Amon describes future plans for the company's low-power processors. In an interview with Reuters on July 1, Cristiano Amon, CEO of Qualcomm, explains that he wants to produce a processor that is more powerful and as energy efficient as Apple's M1 chip. The bet is daring, but after the recent takeover of the startup Nuvia by Qualcomm, … END_OF_DOCUMENT_TOKEN_TO_BE_REPLACED