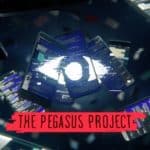 The case revealed by our colleagues at Forbidden Stories, in partnership with Amnesty International's Security Lab, is taking an unusual scale and could even become an international diplomacy scandal comparable to the Snowden cyberespionage case. Several states have reportedly used spyware called Pegasus. The latter, marketed by the Israeli company NSO Group, has been used for … END_OF_DOCUMENT_TOKEN_TO_BE_REPLACED