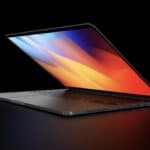 While we expected a new M1x or M2 chip on the next 2021 MacBook Pro, Apple's "M2" processor would finally arrive in early 2022, according to today's leak. The first material to inaugurate it would be a MacBook Air offered in several colors. Apple has so far only released a single chip under the Apple Silicon banner, with the M1 appearing in Apple's first wave of transition … END_OF_DOCUMENT_TOKEN_TO_BE_REPLACED