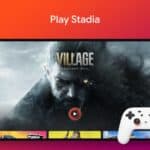 Google's cloud gaming service, Stadia, is not dead. The company is doing everything it can today to build trust in the gaming platform by delivering an attractive new revenue sharing model. Last February, Google abandoned the idea of ​​developing its own games by closing two internal studios. The firm has just announced in its Google for Games Summit conference that Google's … END_OF_DOCUMENT_TOKEN_TO_BE_REPLACED