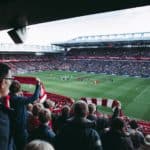 Far from replacing humans, the idea is to use machines to advise coaches. Liverpool is one of the big names in world football, while DeepMind, the Google company, has earned its reputation in artificial intelligence. These two entities have formed a partnership to see what this technology could bring to the world of football. This deal owes nothing to chance because Demis … END_OF_DOCUMENT_TOKEN_TO_BE_REPLACED