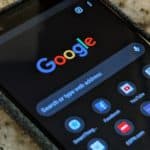 Android celebrates an anniversary: ​​With Android, Q is now the tenth version of the popular smartphone operating system appeared and brought numerous innovations and improvements. We show you the most significant changes - also vividly in the video. Android is the world's most popular mobile operating system for smartphones. Now the anniversary version Android 10 Q has … END_OF_DOCUMENT_TOKEN_TO_BE_REPLACED