Chalk and blackboard instead of computer in Silicon Valley 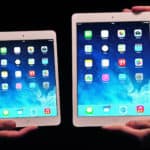 Silicon Valley is the tech mecca of the world. But right at the centre of digital progress, some parents favour old-school classrooms and schools with little computer use for their offspring.With colourful pieces of chalk, girls and boys crowd in front of the big blackboard in a school in the California town of Mountain View. Human and apes skulls, partly yellowish … END_OF_DOCUMENT_TOKEN_TO_BE_REPLACED