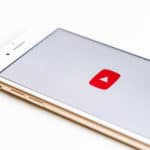 The platform is accused of promoting content that violates its own regulations. Last September, the Mozilla Foundation launched a new browser extension called RegretsReporter. The goal was to collect “regrettable recommendations” that the YouTube algorithm could make to better understand how it works. Internet users who noticed that a questionable video had been suggested … END_OF_DOCUMENT_TOKEN_TO_BE_REPLACED