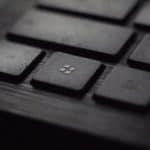 To correct this flaw, Microsoft has released an emergency update for all recent versions of Windows, including Windows 7. On June 29, several researchers from the company Sangfor mistakenly disclosed their method of exploiting a Windows flaw that they themselves discovered, called PrintNightmare. The problem is, Microsoft had not yet deployed a patch … END_OF_DOCUMENT_TOKEN_TO_BE_REPLACED