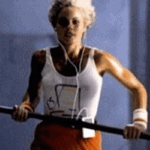 A few months after the release and failure of Apple's Lisa, one of the first personal computers with mice, it was the Macintosh's turn to make its appearance. A launch preceded by a massive advertising campaign in December 1983 showcasing the simplicity of the new device to everyone. It is indeed the first personal computer sold by the brand but it is above all the one that … END_OF_DOCUMENT_TOKEN_TO_BE_REPLACED