You are here: Home / News / Galaxy Watch 4 Classic: these videos show off Samsung’s watch ahead of the announcement 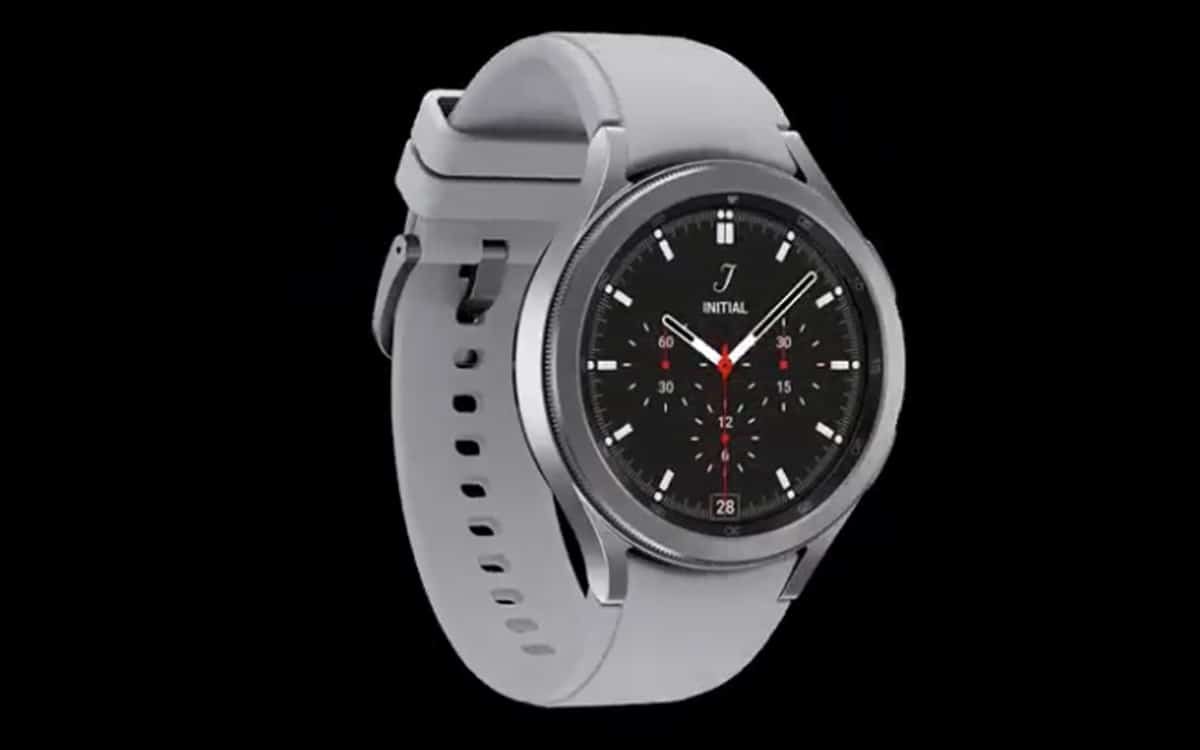 The Galaxy Watch 4 Classic reveals all of its secrets. Several weeks before the official announcement, a well-known informant posted several videos showing Samsung’s smartwatch from all angles. The sequences highlight the 3 colors of the smartwatch.

The Galaxy Watch 4 continues to be talked about. As the presentation is fast approaching, Evan Blass, a highly regarded informant in the world of technology, has uploaded three short videos dedicated to the connected watch.

As expected, Samsung declines the Watch 4 Classic in 3 different colors: black, silver and white. According to previous leaks that appeared on the web, the watch would also be offered in the following sizes: 42 mm, 44 mm and 46 mm.

On Evan Blass’ videos, we discover a minimalist design with flattened edges, new navigation buttons (two buttons on the right side) and a round Super AMOLED screen. There is also a rotating wheel and removable silicone bracelets. It is possible to combine a white strap with a black case. The connected watch is intended to be very different from the Galaxy Watch 3 but in some ways recalls the design of the Galaxy Watch Active 2.

As a reminder, this new generation of connected watches inaugurates the arrival of One UI Watch, a new operating system dedicated to connected watches based on Wear OS. This OS is the result of a partnership between Google and Samsung announced at Google I/O last May.

Samsung will announce the Galaxy Watch 4 at the beginning of August 2021. The Seoul giant has just officially confirmed the date of its next Unpacked conference. The presentation will take place on Wednesday, August 11, 2021 at 4 p.m. KST. We will tell you more as soon as possible. While waiting for more information, feel free to give your opinion in the comments below.