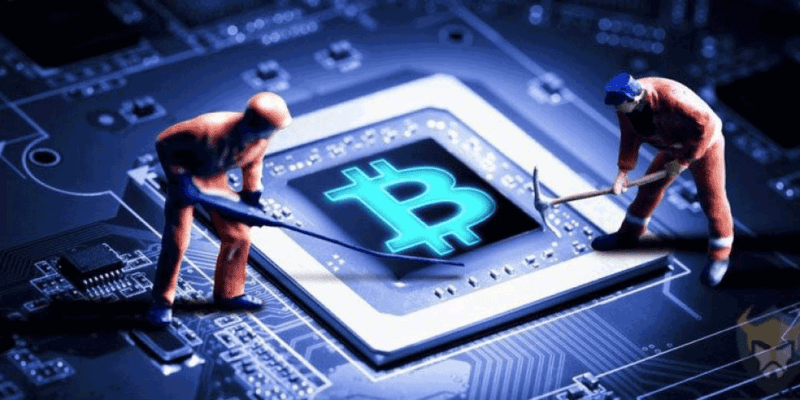 In a report released this week, the Bitcoin Mining Council, an organization that brings together companies whose primary business is mining Bitcoin, claimed that BTC mining now relies on an energy mix that is over 50% renewable.

“Mining Bitcoin uses negligible amounts of energy, quickly becomes more efficient, and is fueled by a higher mix of sustainable energy than any major country or industry,” a dated BMC statement read. July 1.

The BMC report is based on a survey of around a third of players in the BTC mining industry globally, and shows that 67% of the energy used by respondents comes from non-polluting sources.

By extrapolating this result according to a method that has not been precisely disclosed, the BMC deduced that 56% of the energy used by all global Bitcoin mining is “clean”.

Mining Bitcoin is getting less polluting, why is it important?

Remember that the energy consumption of Bitcoin mining, as well as its carbon impact, is a subject that often penalizes cryptocurrency. Indeed, the whole world, including the world of finance, is now taking environmental issues into account in investment affairs.

The most recent example to date of the bearish impact these considerations may have on Bitcoin has been the downfall of cryptocurrency after Elon Musk announced that Tesla no longer accepts payments in Bitcoin, due to the fact that BTC mining relies too heavily on low-polluting energy sources.

Musk shortly after clarified that Tesla will again accept payments in BTC when there is “confirmation of reasonable (~ 50%) use of clean energy by miners with a positive future trend”.

Soon again possible to buy a Tesla in BTC?

However, this week’s BMC report claims that this 50% mark has been exceeded, which could suggest that Tesla will be able to accept BTC quickly again. But in the end, there is little chance that this report will be enough for Musk … Indeed, many experts have already questioned the methods used by the report, and the accuracy of the figures obtained.

Nic Carter, of Coin Metrics, noted that critics “attack BMC for its extrapolation” that the global mining industry is 56% sustainable, as it has collected data largely from Western companies. . Indeed, from a global point of view, electricity in the West comes from cleaner sources than in Asia for example, another very active region for mining Bitcoin.

Either way, however, the report does point to a positive trend, as earlier results from a Cambridge study in 2020 indicated that only 39% of the energy used for Bitcoin’s total throughput came from renewable energy at that time.

What is the Bitcoin Mining Council?

Finally, it should be noted that this report is the first publication of the Bitcoin Mining Council, which was founded in May. Participating members include Bitfury, Galaxy Digital, Marathon, Hive, Riot, Hut8 and others.

Michael Saylor, CEO of Microstrategy and organizer of BMC, wrote following the publication of the report that he was “happy to see” the Bitcoin mining industry unite to provide useful information to policy makers and correct misconceptions on the energy consumption of Bitcoin.

Saylor added that he hopes it will be “the first quarterly in a long series”. He concludes: “Just because the Bitcoin network is decentralized doesn’t mean it should be disorganized”. This therefore suggests that regular updates are to be expected, with no doubt gradual improvements in the precision of the estimates.

It remains to be seen when these estimates will be precise enough for Elon Musk to announce that it is again possible to buy Tesla in Bitcoin, which is sure to take the price of the cryptocurrency upwards.