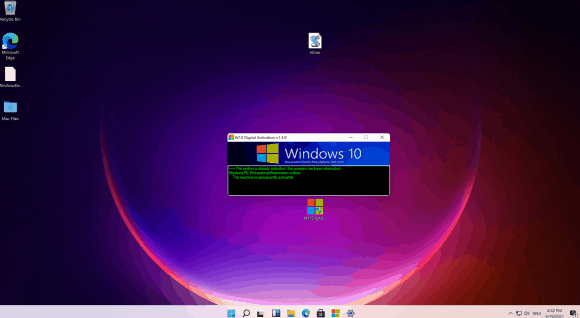 The first screenshots of Windows 11 reveal a redesigned interface, with a new start menu and menus with rounded corners. The work of Windows largely inspired these new graphics 10X, the dual-screen device OS that has since been discontinued.

Images of the next Windows have they have leaked just to the web. It is through Baidu, the Chinese search engine, that the screenshots of the so-called Windows 11 are circulating. You can discover a new start menu and a new interface. These two elements are very similar to those used for the early days of Windows 10X. Designed for devices with two screens, this interface was ultimately not retained and, after the abandonment of Windows 10X, it returns with Windows 11.

The most striking change is in the taskbar. Its icons are grouped in the center, which is reminiscent of the famous macOS dock. A new icon is available. Her name widgets and could display tools to view a coup d ‘ eye, the weather and other dynamic content. The notification area to the right of this bar also benefits from cleaning. The start menu also changes appearance with the absence of tiles, the interest of which has always been questionable.

Found in the Start menu, pinned applications, the most recent files and direct access to restart or shutdown the system. It is still possible to move all the icons on the left side of the bar to find the atmosphere of previous Windows. In terms of window design, the corners of menus and applications are rounded. This is also the case for the start menu.

At the moment, these are only the first images and there should certainly be more changes to the program, but already the aesthetic differences are obvious. In addition, the firm is also revamping its Windows application store so that developers can integrate any application compatible with the system. We won’t have to wait long to find out more, since Microsoft plans to organize an event on June 24 to unveil the new OS.