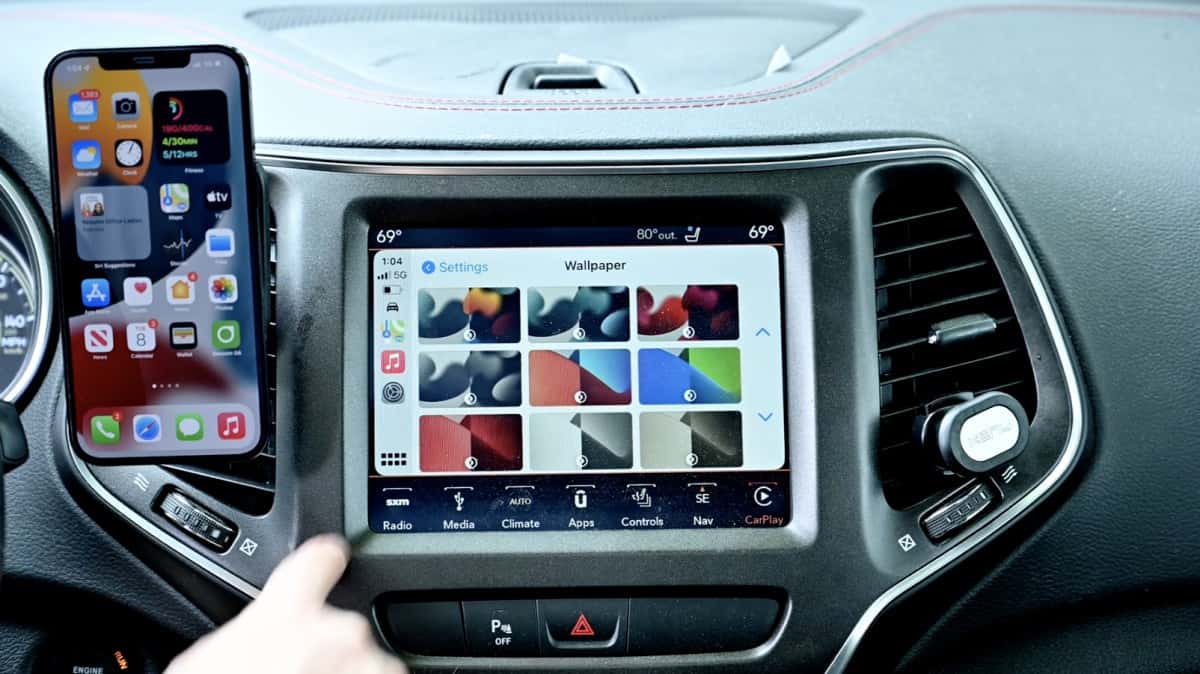 Nobody spoke about it, but CarPlay will also receive an update next fall thanks to iOS 15. No big revolution, of course, but some pleasant additions. There are thus wallpapers, Siri notifications, Driving Focus and Apple Plans +.

The opening keynote of WWDC 21 earlier this week revealed a lot of information on the features to come in the Apple ecosystem at the start of the school year. One point that has not been addressed but which we can now talk about is CarPlay.

Drivers who constantly use Apple’s system in their vehicle will surely be interested in what will follow, even if we admit the program is logically thinner than the 250 extra features of iOS 15. Let’s take a quick look at the new CarPlay products arriving this fall.

First, know that like last year with iOS 14, new wallpapers will be present to dress up your dashboard. No madness, but these four new wallpapers will allow you to have an even wider choice not to get bored with the design. Like their predecessors, they will be available in either a dark theme or a light theme.

Apple is improving more and more on this point. As recently as Monday, they announced that starting with iOS 15, Siri will read your notifications in your AirPods. But remember, for several months now, it has also been possible to ask Siri to read aloud a written message that we have received or to announce the contact who is trying to reach us.

This is exactly what Apple is going to do, but this time at the level of CarPlay. If previously you had to press a button on the dashboard screen to have Siri read the message aloud, now you don’t have to do anything.

If the ” Announce messages ” function is activated, Siri will automatically read the messages you receive. This is enough to leave the driver a little more focused on the road, he who will no longer need to take his eyes off the road to listen to a message.

Third, Focus mode will also appear in our cars. This new Focus mode can be considered as a “Do not disturb” but much more complete. Thanks to it, you will configure your notifications to receive them at the desired time so as not to be disturbed at work, at sport.

As for CarPlay, it will be possible to put it in automatic so that it is activated from the moment you get in your car. In the same style as on iPhone, activating Driving Focus mode will automatically send a note to your iOS contacts who send you a message to show that you are driving and therefore you are not immediately available.

Of course, you can configure everything by choosing which contacts and it displayed which applications on your screen while you are in Driving Focus. To put it simply, it’s exactly the same as on the iPhone but suitable for the car.

The last addition is quite nice even if it does not concern France for the moment. As announced by Apple, they will equip some American cities with a brand new 3D display, much more complete in Maps, which will make it easier for users to navigate. A display which will obviously be implemented in CarPlay thanks to iOS 15.

The dark mode is also improved and gives better visibility of the map but be careful, we do not yet know if it will be for everyone or only for US cities affected by the brand new display.