You are here: Home / News / YouTube took 24 hours to remove a staged shooting on “leftists” by videographer Papacito 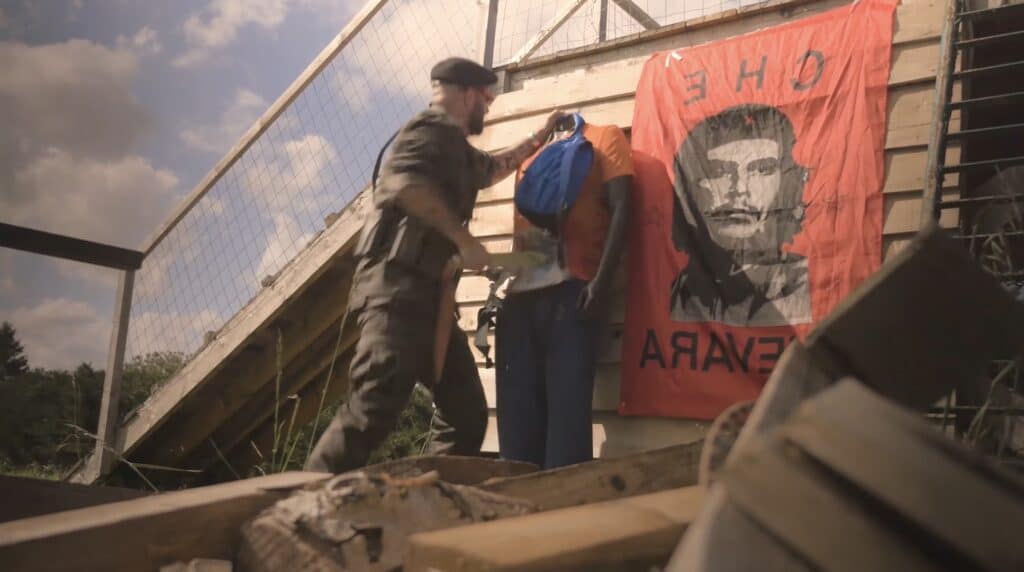 YouTube removed Youtubeur Papacito’s video almost 24 hours after they posted it. He could be seen shooting at a mannequin supposed to represent a “gaucho”, stabbing him and advising his spectators to get weapons and a hunting license to better “make themselves heard”. They have viewed it over 120,000 times.

YouTube has finally removed from the platform the latest video of French Youtubeur Papacito, known for his very right-wing positions. The video, published on Sunday, June 6, 2021, is about twenty minutes long, and is entitled “Is leftism bulletproof?” (sic) ”.

Seen over 120,000 times in just under 24 hours, these images did not go unnoticed at all: Jean-Luc Mélenchon himself, candidate of France Insoumise in the presidential election, quoted by the youtuber, denounced a “call to murder” on Twitter. Many associations have also called for its withdrawal.

YouTube did so, but almost a day later, leaving plenty of room for hate speech to spread, along with thinly disguised incitement to buy firearms to shoot human beings: “That’s 180 euros and a shitty quiz, which separate you from being able to access the assurance of being heard when you have something to say,” we hear the videographer say.

They produced the video in collaboration with Code Rheino, himself a Youtubeur, specializing in firearms testing and urban combat techniques. Military lattice and weapons in hand, the two Youtubers explain from the start that “leftists” cannot protect themselves in case “something unexpected happens”. Papacito warns viewers: “The video may be biased” or even “fascistic“. Between shots on a mannequin supposed to represent a left-wing activist and advice on obtaining weapons, the two YouTubers make the list of things to do to survive in the event of a civil war, and the apology for violence.

The “Leftists,” Against “Normal People”

From the start of the video, the theme discussed leaves no room for doubt: the two YouTubers think that a civil war will break out in France in the years to come, and that we must prepare for it. And for that, they took, for example, a model, supposed to play a person who would have voted for Jean-Luc Mélenchon during the presidential election of 2017. “We are going to help them”, announced Papacito, “we will propose to them equipment adapted to their defense, and we will see if their basic equipment, that of the guy who votes Jean-Luc Mélenchon, allows them to resist the potential attack of a terrorist on our territory.“

The following sequences comprise the description of the “material” of Jean-Luc Mélenchon’s support (left-wing magazines, vegan bars, quinoa), which, according to them, would not stand up to gunfire. On fire (who would have believed it). Then, they equip a mannequin, “who represents the gaucho“, as Papacito clarifies, and they shoot him. The aim of the maneuver, assures Code Rheino, is to know “if Jean-Gauchiste will survive the normal people he has despised for years, so we will use the most common ammunition among normal people.”

Once their target has been destroyed by several shots, the YouTubers then move on to the “advice” part of the video, in which they explain which weapons to use in order to “prevent the wild boar population from doubling“, then continue the barely concealed allusions to people of foreign origin.

He then explains clearly how easy it is to get a weapon, and how quick and easy the procedure to do so is. He also encourages viewers of the video to take the step. “150 balls to be listened to, I think it’s not expensive to pay“, balances the videographer. The goal? Have “the assurance of making yourself respected in the moments when your convictions are called into question.“

The video ends in a brutal sequence, in which Papacito can be seen aggressively stabbing the model representing the “gaucho” and then pretending to wipe his blood off the blade. After having struck a dozen stab wounds, he turns to the camera, and says with a laugh that it was only a “purely scientific ” act.

The Video Remained Online For 24 Hours

Despite the harsh images, the apology for violence and the promotion of firearms, the video remained online for over 24 hours. Joined by Numerama, YouTube explained to us that the platform did not comment on individual cases, but confirmed the withdrawal of the video, at 5.15 p.m. on Monday, June 7.

Youtube’s rules concerning firearms are relatively flexible (remember that American law allows the carrying of a weapon): they do not forbid it to film yourself shooting, nor to advise weapons. It is only forbidden to post videos to sell weapons yourself or that “redirect to sites that sell these items”, to “provide instructions on the manufacture  ” of certain parts and components of firearms, and to “provide instructions on converting a firearm to an automatic weapon“. Technically, Papacito’s video therefore does not break the rules.

However, he is breaking YouTube’s much more stringent incitement to hate rules. These specify that they forbid it to “incite violence or hatred against individuals or groups of individuals”.

Papacito seemed to expect such a fate for his video. Shortly after the publication of his video, he advised his many fans on Instagram (he has over 60,000 subscribers) to quickly watch his video, “before progress censors it“.