You are here: Home / Uncategorized / What happened right after the Big Bang? Axions could solve the mystery 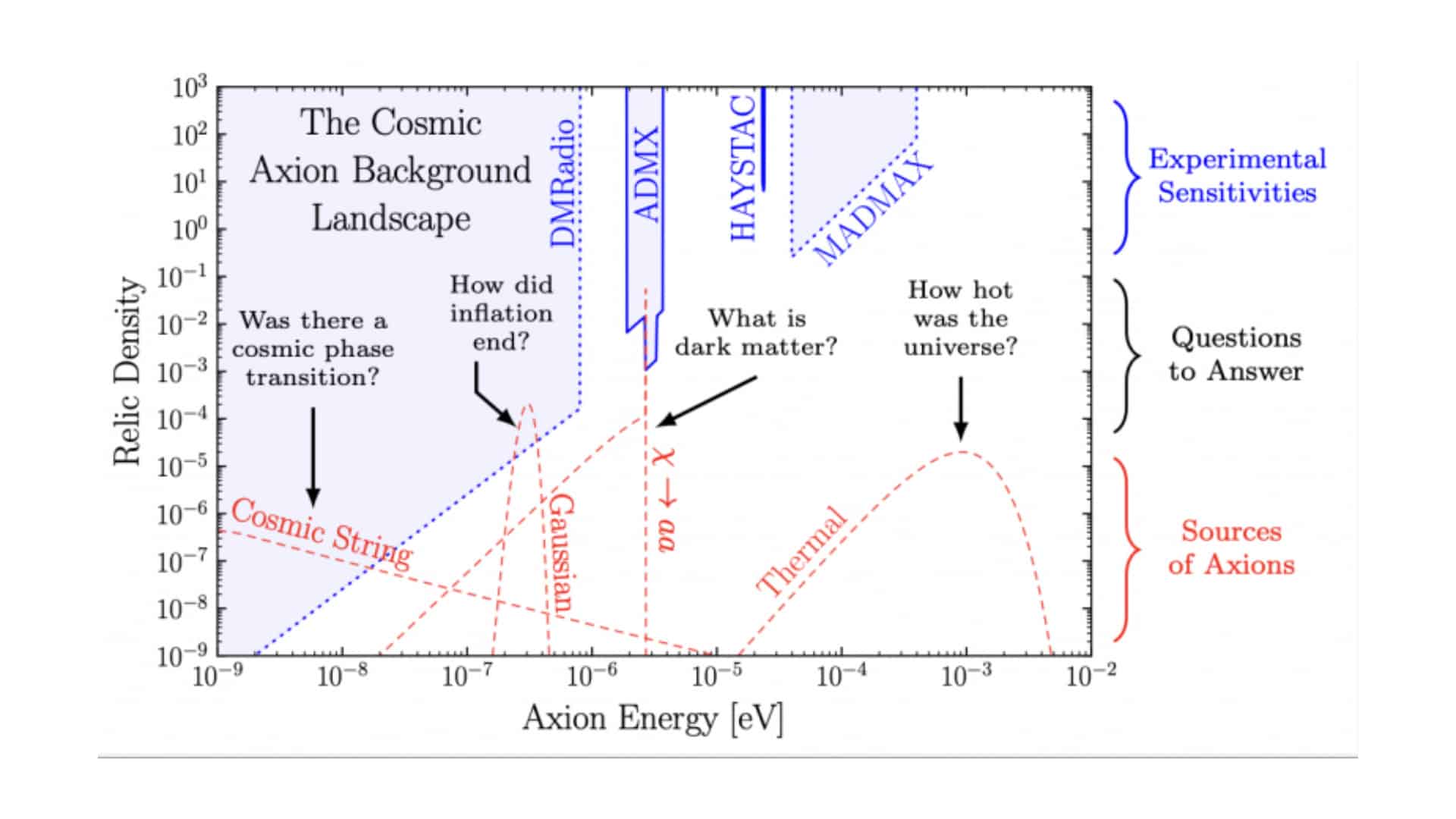 Identifying the axions could be the key to knowing what happened soon after the Big Bang, scientists say. They suspect that these hypothetical particles would make up a new “fossil” of the Universe to be discovered.

What happened right after the Big Bang? A team of scientists is proposing a new lead to find out what happened after this event that triggered the expansion of the Universe. Their work was published in Physical Review D on June 7, 2021, and relayed by the Kavli Institute for Universe Physics and Mathematics at the University of Tokyo.

These scientists are interested in a hypothetical particle, the axion. It is suspected that the axions that would have been produced just after the birth of the Universe could be at the origin of dark matter, also hypothetical. For these researchers, identifying this axion would allow us to finally know what could have happened barely a second after the Big Bang.

The Universe Would Be “Flooded With A Sea Of ​​Axions”

In order to go back to the past of our Universe, scientists use what they call the cosmic diffuse background (CMB, for “Cosmic Microwave Background”). It is the residual radiation of the Big Bang. With this cosmic diffuse background, we can go back to about 14 billion years ago, when the universe had cooled enough for protons and electrons to combine. However, the CMB photons were emitted after the Big Bang, after about 400,000 years. Before that, photons could not travel great distances: the early (young) Universe was opaque. All of this helps to understand why it is so complex to study the history of the Universe until its 400,000 years.

The authors go beyond the study of photons, and wonder if they could have emitted axions in the very first second of the history of the Universe. They even propose to search for what they call a “cosmic axion background” (or CaB, for “Cosmic axion Background”) a hypothetical equivalent of the cosmic diffuse background. “We are considering the possibility of detecting a CaB, an ultrarelativistic background of relic axions. Being naturally light, axions produced in the young Universe are relativistic and can exist over a wide range of energies. Its detection would contain imprints of the history of the Universe in its energy spectrum,” detail these scientists. They believe the Universe could ” to be inundated with a sea.

Confirm The Axion Study A “Fossil” Of The Universe

Identifying this CaB would make it possible to make two discoveries at the same time:

For these authors, experiments like MADMAX (“Magnetised Disc and Mirror Axion experiment”), HAYSTAC (“Haloscope At Yale Sensitive To Axion CDM”), ADMX (“Axion Dark Matter Experiment”) or DMRadio (“Dark Matter Radio”) , who are all interested in finding axions, may have sufficient sensitivity to detect CaB. Therefore, this would help answer important questions in cosmology (the science that studies the origin and evolution of the Universe), such as knowing how hot the Universe has become.

Even if dark matter is not made up of axions, the search for CaB would not be in vain, since axions could provide a glimpse of our universe as barely a second old. ” The direct detection of relativistic relics offers a powerful new opportunity to learn more about the early Universe and, potentially, to discover the axion,” summarize the authors.