You are here: Home / News / New simulations allow us to hope for the presence of submarine volcanoes on Europe, the moon of Jupiter 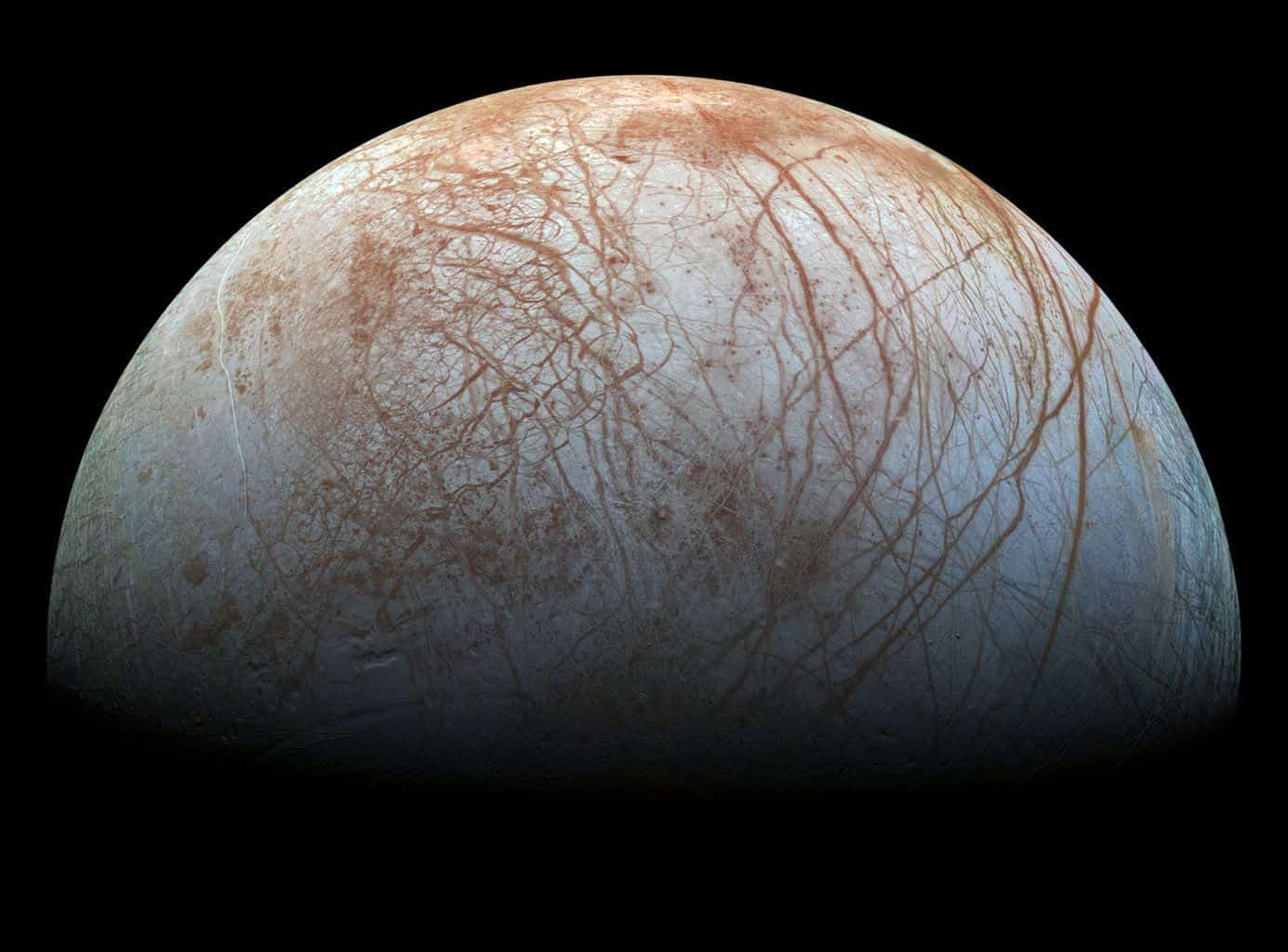 Under the layer of ice scratched by the moon Europe, hides a vast ocean. A Czech and French scientific team believes that tidal effects sufficiently disturbed the rock mantle below to give rise to sustained volcanic activity. Enough to further strengthen interest in exploration…

Luckily, two probes will head towards the satellite!

In pursuit of submarine volcanoes

The oceans under the frozen layers of Europe (around Jupiter) and Enceladus (around Saturn) are today considered being real potential gold mines to discover a likely form of extraterrestrial life. The fact remains that for that, the conditions will have to be met, and if the term “ocean” leaves one dreaming, we must not forget that these are located under gigantic ice caps.

Scientific teams have already observed water vapor around Europe and salt on the surface, suggesting that there are geysers somewhere, spouting steam through a few chimneys carved into the ice. Fascinating, but… is it possible? A new simulation, carried out by Mr. Behounkovà in the Czech Republic and a team from the LPG (Laboratory of Planetology and Geodynamics) in Nantes, makes it possible to go a little further to hope for volcanic activity on the oceanic soil of Europe.

The mass of the gas giant, which generates a very strong tidal effect strongly disturbed the frozen moon, which takes 85 days to orbit Jupiter. Something does not felt the latter only on its ice surface, nor in the bosom of its gigantic ocean, but to its heart. By modeling Europe in 3D, the team examined the effect of tidal forces on its crust, the resulting potential heat transfers and the effects below the ocean surface.

In a scientific article published in Geophysical Research Letters, the scientific team explains that the effects of contraction and expansion, reinforced by the radiogenic activity of the nucleus, can translate into heat and generate a sub-oceanic rock mantle warm enough to sustained volcanic activity.

Better still, this large underwater activity would be indirectly observable on future missions, already by finely analyzing the variations in gravity of Europe and its fine orbital position, and then by observing the gaseous levels of H2/CH4.

Patience before the crowds around Europe

Remember that besides Juno, which will fly over Europe three times in the coming years (the probe being mainly devoted to the study of Jupiter), it is especially the next decade that should provide answers and much more specific questions. On the big icy moons.

The European mission JUICE (Jupiter Icy Moons Explorer) will take off in 2022 and will spend five years in the Jovian system between 2029 and 2034. It will be interested in Europe with two close flights, even if its mission will focus in the last years on Ganymede, even less well known (and yet just as fascinating).

It will not outdo NASA with its Europa Clipper mission, which will be centered on the satellite and its dark scratches. Without going into orbit, it will approach 44 times its frozen surface and its buried ocean. Enough to reveal the underwater volcanoes?