You are here: Home / News / Apple Watch more dangerous than iPhone on the road? 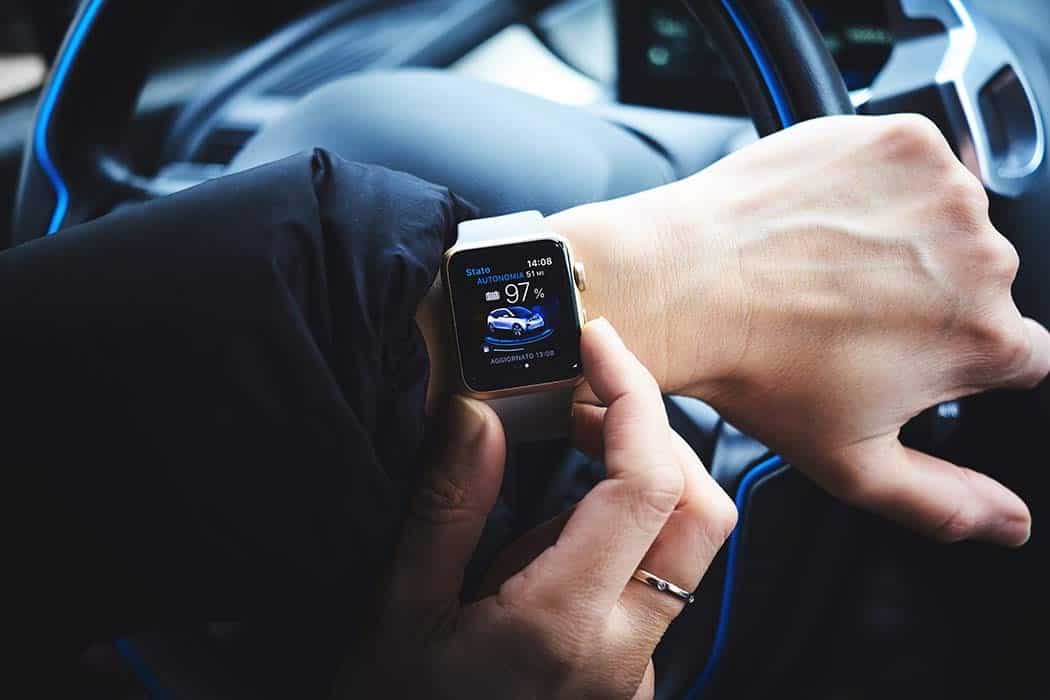 According to a recent study, connected watches are even more dangerous than smartphones when we are driving. A result that may come as a surprise even though we all know that for whatever reason, there is nothing more dangerous than taking your eyes off the road while driving.

Here is a debate which does not cease to make speak for so many years now, the distractions at the wheel and the dangerousness that this can generate. While decades ago there was not much to do in the car other than focus on the road, the rise of technology has completely changed that.

At the moment, between the dashboard, the digital information screen, the smartphone, the connected watch… there is something not to fall asleep but above all there is something to be completely distracted from the main aim to know how to look at the road in front of you.

A problem that we all know with at the top of the list, the smartphone while driving. If technology has also made it possible to equip all cars with a hands-free kit (Bluetooth), it is not uncommon to see (still) many people with the phone in their hand while driving.

But make no mistake, the smartphone is far from being the only culprit and according to this study, connected watches including the Apple Watch would actually be the most dangerous in the sector.

Via a laboratory specializing in the study of interactions between people and technologies, this study looked at the specific case of technology behind the wheel by comparing the impact of connected watches compared to smartphones.

This small study carried out on about thirty people immediately bore fruit. Using a driving simulator, those who tried the experience received various alerts whether on their smartphone, on the watch or via the voice assistant.

Without too much suspense, the voice alerts are the least distracting, even if it remains dangerous no matter what, but the most interesting concerns of the other two. If in the first place we imagine the smartphone is the most dangerous at the wheel, this is ultimately not quite the case.

After analysis, they noticed that the driver’s gaze was less focused and remained on average longer out of the major field of vision (the road) when he received a visual alert on his connected watch.

Obviously, this does not take away that there is nothing more dangerous than looking away from the road, whether it is to change parameters on the dashboard or to do an action on your smartphone or its connected watch.

Maybe since the screen of the watch is smaller, concentrate longer to read what is written on it. Anyway, this reminds us for the umpteenth time that you have to be as careful as possible behind the wheel because an accident occurs in just a few seconds and can cost your life even at low speed.

This also allows you to realize that at the level of the law, even if it will think for, there is not a real prohibition to use its connected watch while driving. At least you will rarely get checked out because you are looking at your watch. Probably because it is impossible for the police to have fun detecting whether it is a “classic” or connected “watch on your wrist. The key thing, be careful of yourself when you are behind the wheel.