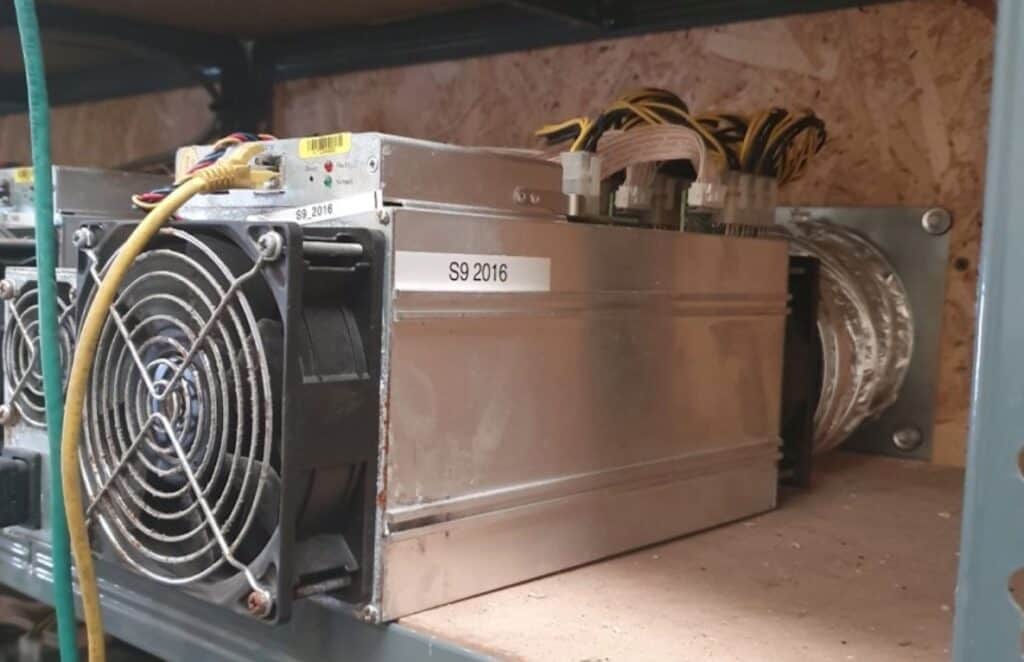 Police in West Midlands thought they had found a cannabis plantation, they discovered a bitcoin farm. A legal device, except that they fed it from the domestic electricity network in the suburbs of Birmingham.

“Lots of people were visiting the hangar at different times of the day, lots of wires and ventilation were visible outside, and a police drone identified a source of considerable heat. While thinking of seizing an indoor cannabis plantation, police in West Midlands, England, discovered a homemade bitcoin farm. In a hangar, it comprised a hundred machines arranged on shelves, connected by many cables, and connected to an imposing ventilation system. The role of these computers? Miner bitcoin, the most popular cryptocurrency.

In summary, this activity comprises putting computer computing resources at the service of a blockchain (that of bitcoin, or another cryptocurrency). These calculations will verify the validity of several transactions made on the blockchain, and therefore to secure it. Once a certain number of operations have been validated, the network makes up a block, and it rewards the machines which took part in its creation with a small amount of cryptocurrency.

The more computer resources – and therefore computers – you allocate to this task, the more bitcoins you will earn. But be careful, mining does not lead to a benefit, because it has several significant costs: that of GPUs, the processors responsible for making the calculations, which are very busy and therefore quickly worn out by mining, as well as that of the consumption of electricity, very voracious. As a result, mining from their personal computer is unprofitable, which is why some are setting up farms, like the one discovered by the West Midlands police. They can thus put optimal conditions there and accumulate calculation machines.

In the case, the police seized the material discovered, but made no arrest – no one was at the scene at the time of the intervention. She only plans to interview the owner of the premises.

One might wonder about the seizure, because mining bitcoin is not an illegal activity. The police considered that such an assembly was of the industrial order and that he did not may connect to the electricity network intended for domestic use. For good reason, the extremely high consumption of cryptocurrency farms – which could be

re close to that of factories – would risk producing breakdowns in homes. As CNBC reminds us, it is this danger that prompted Iran to ban all cryptocurrency mining. It would have become so intensive that it would have caused various blackouts in the major cities of the country.

This news item is symptomatic of the stronger than ever rush for cryptocurrencies. While the local police had never seen such a farm, this is the second they discover in no time. Mining leads to a shortage of computer components that seems endless and affects the sector giants of several industries.