You are here: Home / Google / Google wants to create a quantum computer with a million qubits 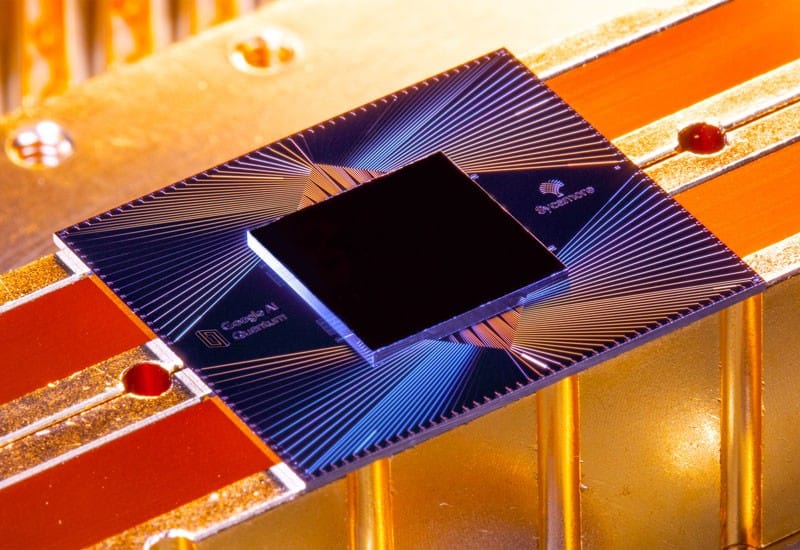 Google announces the creation of a laboratory dedicated to research on the design of quantum chips reliable enough to create a computer with 1,000,000 qubits by 2029. Today, quantum computers reach a maximum of 100 qubits.

Fighting hunger in the world, anticipating climate change, accelerating medical research, this is Google’s ambition for the end of the decade. The Internet giant intends to achieve this using artificial intelligence and especially the colossal computing power of quantum computers, starting in 2029. For this, at its annual Google I/O conference, the firm comes to unveil a new campus dedicated to Quantum Artificial Intelligence. In Santa Barbara, his research laboratory will aim to develop quantum processors reliable enough to design a giant quantum computer.

This announcement comes a year and a half after the successful completion of calculations made from a quantum computer of the firm. It could perform in 200 seconds a calculation that would have taken 10,000 years or more on a traditional supercomputer, according to Google. An assertion that made IBM doubtful. The company considers that, with current supercomputers and adapted algorithms, it would only have taken 2.5 days to complete this calculation. Either way, quantum computing would make it possible to process phenomenal amounts of data in a short time.

Billions of dollars for quantum

Unlike ordinary bits, which enclose data as 1 or 0, in quantum computing, we speak in “qubits”. Qubits can exist as 1s and 0s at the same time. Thus, two qubits can be in four states and three can represent 8. With this exponential process, the amount of information processed is colossal.

Today, quantum computers have less than 100 qubits. Google, meanwhile, intends to build one with 1,000,000 qubits. This is no small task, since it is first necessary to reduce the error rate of the qubits to achieve this. On this point, Google is optimistic about its chances of achieving this, according to a laboratory official interviewed by The Wall Street Journal. He could use that computing power to rent it out as a cloud service. To achieve its ends, Google plans to invest billions of dollars.