You are here: Home / News / According to Spotify, Apple is a “ruthless bully” 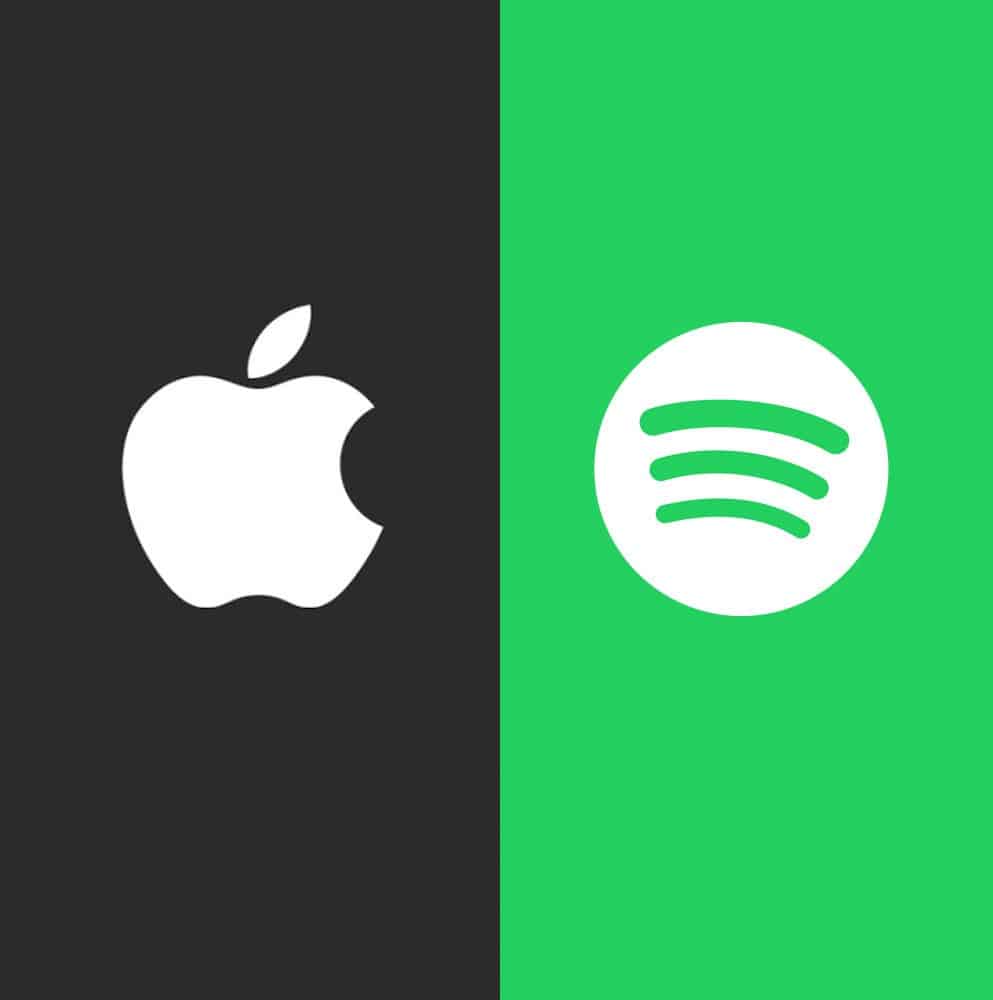 Spotify is one company that no longer supports Apple’s behavior with its App Store. The streaming service does not hesitate to express its disagreement with the Cupertino company and even to criticize it publicly in one of the most popular newspapers in the United States.

Spotify lets go of Apple Spotify may be the most used streaming service in the world with several million more subscribers than Apple Music, the fact remains that Spotify continues to claim to be a “victim” of anti-competitive practices by Apple with the App Store. Horacio Gutierrez the head of global affairs and legal director of Spotify spoke in an opinion piece published in the Wall Street Journal. In his statement, Gutierrez does not mince words towards Apple, he explains we can admire Apple and all that the company has brought to the world, but he assures that the Californian giant also has a dark and brutal side.

Apple designs, develops, and sells some of the world’s most sought-after hardware products. And for many, Steve Jobs remains a figure of reverence, giving the company he created a lasting glow. My company is one of the few to insist that beneath that exterior is a ruthless bully who uses his dominance to hamper his competition. But over the past two years, regulators around the world have finally reviewed Apple’s conduct. Many don’t like what they see.

Gutierrez also reconsidered the EU decision. The European Commission recognized for the first time an abuse of position by Apple after a long investigation. What they have criticized against the Cupertino company is to prohibit developers from mentioning a payment other than that of the App Store to iOS users. Spotify’s legal director sees this as a strategy for users to go through the App Store to pay for their subscription and not through Spotify directly! Just on this detail, Gutierrez claims it is an anti-competitive practice that gives the advantage to Apple Music which is today Regarding the 30% commission, the General Counsel mentions exorbitant fees that Spotify cannot account for in its accounts. The legal director says he is “happy” that Spotify is no longer the only company that dares to challenge Apple’s practices:

The good news is that Spotify isn’t alone in saying this anymore. Finally, those in a position to do something have seen beyond the Apple facade and are acting for the benefit of innovators and consumers around the world.