You are here: Home / News / China to make satellite analysis ultra-precise with this database 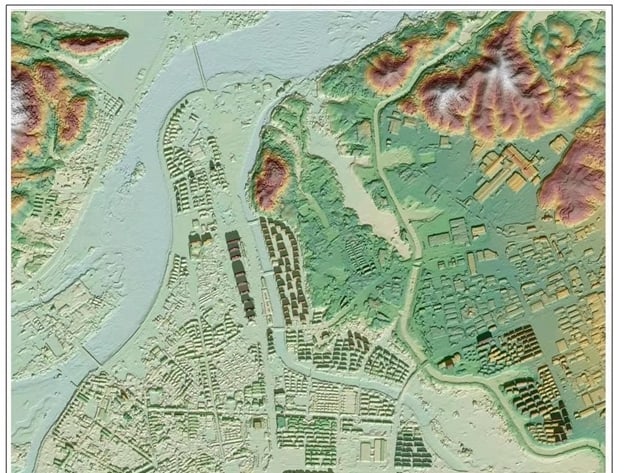 The Chinese Academy of Sciences has created an extensive database to improve the recognition of satellite images. Based mostly on images taken by China’s new Gaofen satellites, this base will be open to scientists around the world in June 2021.

Knowing precisely what is happening in its territory, and in the rest of the world, is the fantasy of all governments, and many companies. With China’s latest project in satellite imagery, it could get a lot easier. As revealed by the South China Morning Post on April 30, 2021, the Chinese Academy of Sciences has launched a very large satellite image database, in order to improve the accuracy of reconnaissance tools, on this type of data.

The database contains over 15,000 high definition satellite images, on which the teams have labeled a million elements (bridges, intersections, football fields, etc.). Over 80% of the images come from the new Gaofen satellites Beijing has launched. The team supplemented its database with images from Google Earth. The database called FAIR1M (for Fine-grAined object recognItion in high-Resolution remote sensing imagery) will be open to scientists around the world in June 2021, specifies the South China Morning Post. According to scientists who worked on the project, this catalog is hundreds of times larger than what databases in other countries offer.

Look at the Economic Activity of other Countries:

Creating such a database is clever. Satellite images are full of treasures of information for those who know how to study them properly. For example, they give many clues about the real economic activity of an area (quantity of freight trucks circulating there, quantity of cars in supermarket car parks, etc.). They help to follow the evolution of agricultural crops, which makes it possible to estimate future harvests and to identify areas requiring specific actions (more irrigation, etc.) in order to be better.

In 2019, the MIT Technology Review also noted that the satellite image analysis sector was booming, driven by smaller – and therefore less expensive – satellites on the market.

However, AIs specializing in the analysis of satellite images come up against a limit: the still limited quantity of images on which it is possible to train them. The very many sets of images taken on land are indeed not really relevant here, since an infrastructure has a very different shape, depending on whether they saw it from the ground or from the sky.

The vast database created by Chinese scientists will therefore be invaluable for companies and organizations that wish to train their artificial intelligences. It contains elements that will allow the data to be analyzed at an unprecedented level of precision. We are no longer talking simply, here of detecting a boat or an aircraft in an area, but of identifying its model, and of determining whether it is military or commercial equipment. Possibilities opened up by the meticulous classification work that the FAIR1M team carried out by labeling a very wide variety of situations.

For airplanes, for example, the database contains something to train artificial intelligence to distinguish from Boeing 737, 747, 777 and 787. On the boat side, it has elements allowing to teach artificial intelligences to identify ships from war, fishing boats, tugs or cargo ships, The Vehicle category contains views of compact cars and vans, tractors, buses or freight trucks. I have not forgotten sportswomen and sportsmen with a “Field” category which brings together all kinds of structures: from the football field to the tennis court, including the baseball field and the basketball court.

Obviously, such a level of knowledge raises concerns about how this information could be misused. As the Technology Review noted in 2019, it is possible to study the amount of buildings lit at night to assess the economic dynamism of an area, but burglars who would like to spot regularly unoccupied habitats can easily use it. Satellite images could also help terrorists or malicious countries to locate very sensitive sites (military, nuclear, etc.) In order to target them.

We also wonder how China – which already operates worrying surveillance over its population – could take advantage of such tools to tighten its control. Better satellite analysis tools can, however, also make it possible to combat abuses of this type. It is thanks to satellite images, recalls the MIT, that we could see that the so-called “education camps” intended for Uyghurs in China, were in reality surrounded by watchtowers and barbed wire.