You are here: Home / Blogging / Universal income in cryptocurrency: sweet utopia or a real good idea? 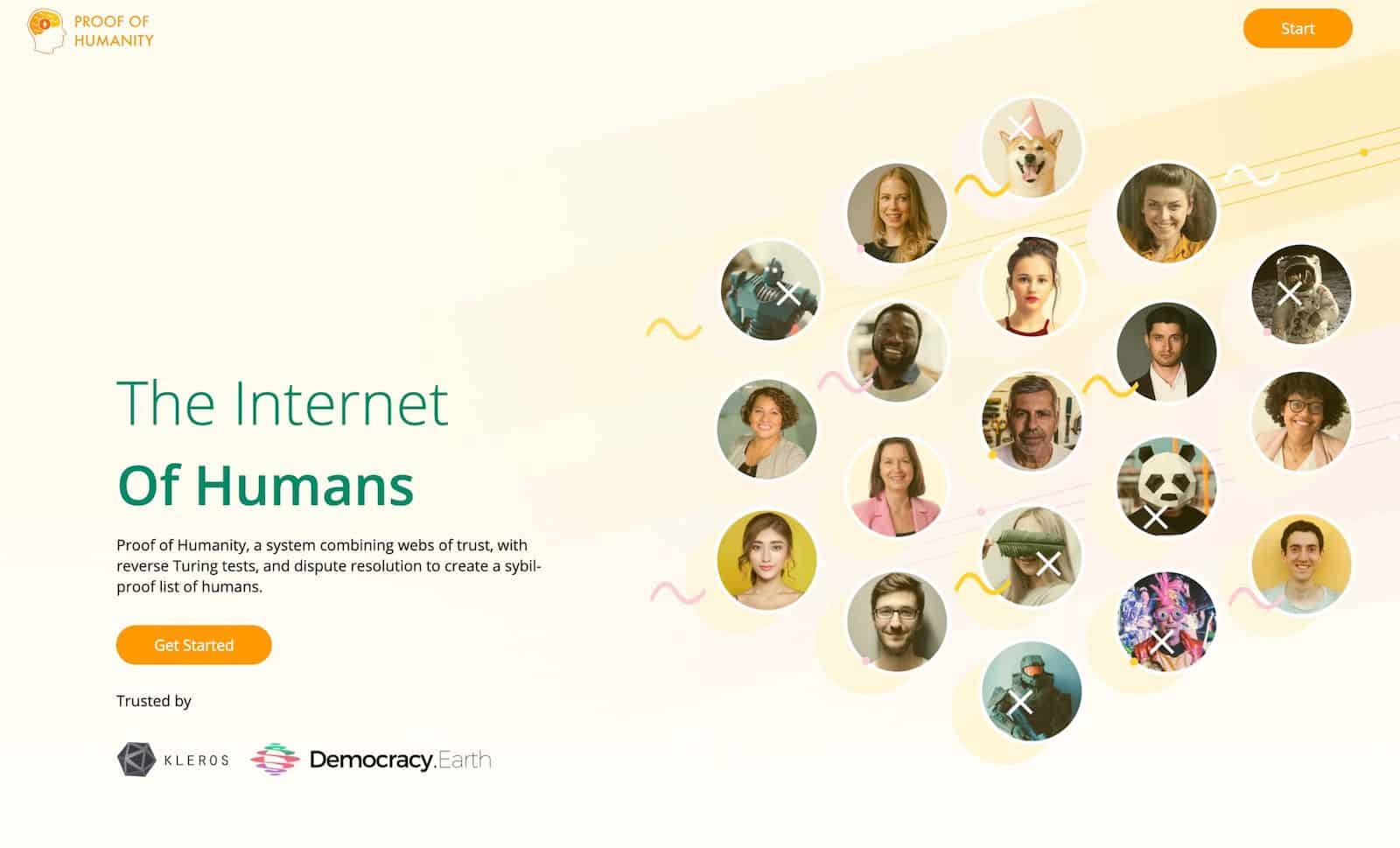 Several non-governmental projects are trying to launch forms of universal income based on blockchains and cryptocurrencies. Many have already failed, but others have replaced them. Utopia or a real good idea?

The idea of ​​granting everyone a universal income (“Universal Basic Income”, UBI”) is not new. For several decades, in Africa, Canada or Europe, and even recently (Spain, Germany), national or local governments have experimented with programs granting regular sums to citizens regardless of their social, professional or financial situation.

The principle of UBI is more and more often included in the public debate. In Europe, an extensive study from the University of Oxford showed in March 2020 that 71% of Europeans are in favor of the UBI principle. A citizens’ initiative was officially registered last September “to ask the European Commission to offer an unconditional basic income generalized to all of Europe”. The petition, open until 2022, has collected 120,000 signatures to date. The subject is therefore in tune with the times. But it takes a new turn by telescoping to cryptocurrencies.

UBI and cryptos, a marriage of convenience?

On the one hand, the UBI aims to transform the distribution of value by eliminating the usual rules and restrictions (income level, social category, etc.). Besides “official” experiments, universal income has long been reflected in an activist approach and citizen initiatives.

Activists, at least initially) created cryptocurrencies in opposition to the “system” (and often. They intend to transform the processes of money creation, extend the notion of value and give citizens back control over their money while offering them a new form of independence. “Be your own bank,” as the most popular saying goes in the Bitcoin world. And a massive movement accompanies this to decentralize finance (DeFi), credit and borrowing, through protocols and mechanisms that automate processes and eliminate red tape. All of this seems to resonate with the principle of UBI, which aims to redistribute value in a systematic and automatic way.

The reconciliation between universal income and the world of cryptos therefore seems logical, almost “natural”. As explained in the 2019   Citizen’s Basic Income Trust blog, an NGO that has campaigned for the UBI since 1992:

“For advocates of citizen basic income, cryptocurrencies have a simple appeal. They are as universal as the basic income principle. No borders, no controls, no central banks or other corrupt intermediaries. And as it can create a cryptocurrency from scratch, we can design one that perfectly matches the objectives to be achieved for the basic income of the citizen” .

For UBI supporters, it therefore seen cryptos as a potential enabler. And this is undoubtedly true on a technical level. We know blockchains to be ideal for securing transactions, increasing transparency, and preventing cheating. The payment of universal income also involves solving the problem of an inviolable digital identity, for which they consider blockchains a promising avenue (decentralized identifiers DID).

Cryptocurrencies are also well suited for distributing small amounts regularly and at low cost – unlike other methods. At the height of the Covid crisis, the United States government several times paid all citizens lump sums without compensation, a “stimulus” which was not far removed from a “temporary UBI”. But check paid many of these sums. Post sent millions of paper checks (and were still arriving a few weeks ago). Many crypto-fans, who estimate that between the costs of sending and collecting, the use of digital currencies could have saved billions, even tens of billions of dollars considered a method archaic.

Blockchains and cryptocurrencies are also often presented as a solution for financial inclusion. “Blockchain technologies can play an essential role in improving the financial inclusion of unbanked and under-banked people”, estimated the firm Deloitte in 2018. “Banking the unbanked”, another very strong mantra in the cryptosphere, insists on the ability of cryptos to provide viable low-cost solutions for the 1.7 billion unbanked individuals today.

For all these reasons, there is a strong proximity between universal income and blockchains, and several “crypto-UBI” projects appeared in the mid-2010s. But some disappeared almost as quickly as it announced them, and others, although more solid, have already bitten the dust.

Launched from South Africa, the ambitious UBU project had imagined in 2016 an innovative device to “monetize waste”. The idea was in particular to reinject unsold physical products into a sort of second market based on an internal currency in the system (UBU), distributed free and daily. Users could spend their UBUs on a marketplace offering deals and discounts, while third-party merchants were encouraged to offer other products via a second token, UBUx (which was a real Ethereum token). A complex device that worked for over four years, but did not survive the covid crisis: in the summer of 2020, the creators of UBU explained that “Given the current economic climate, the project is no longer sustainable”. The related start-up was wound up and all sites, apps and social media accounts were shut down.

Other projects seem totally frozen. Swift Demand, which offers 100 daily Swifts to anyone who registers on the service, would have launch its own blockchain in 2018 – but the project hasn’t seemed to evolve for over a year.

Another old example: the non-profit association Hedge for humanity has been developing various products and services since 2015 to promote the emergence of a crypto-based UBI. Between 2018 and 2020, the initiative resulted in the free and regular distribution of MANNA, “the world’s first cryptocurrency designed to be distributed to everyone on Earth according to the principles of universal basic income”, from the independent Mannabase blockchain (not to be confused with MANA, the token of the Decentraland virtual community). The project is currently “dormant”, before the imminent launch of a V2 which promises to “create a form of democratic, distributed and fair money” correcting the flaws of the first version. They will base the device in particular on BrightID, a digital identification solution based on an independent blockchain, also developed by Hedge.

Circles, which appeared in October 2020, aims to combine UBI, circular economy and blockchains. Any user validated and “dubbed” by at least three other users receives Circles regularly, which he can use to exchange goods and services with other members of the community. Although based on an external blockchain (xDai), they intended the principle to differ from traditional cryptocurrencies. “The value of Circles is based on the value users bring to the community. If you sell your bike for Circles, or if you translate and get paid in Circles, that value goes into the system, stays in the community and circulates”, we explain. The Circles currency, whose value will decrease over time, is not intended to be stored for the long term but to be used, if possible, as a “preferred means of payment at the local level, where the user resides”. To date, the project claims over 200,000 users.

Among the various avenues implemented to create the value necessary for the payment of universal income, decentralized finance (DeFi) offers new perspectives.

Automated credit mechanisms, which results in interest rates rewarding capital characterize deFi in particular. Several protocols, such as Compound or Aave, thus remunerate stablecoin accounts, with variable rates but never zero. This is the principle that the Good Dollar project has been using since January to initiate universal income via a mechanism that is both clever and simple: Internet users wishing to support the cause of UBI send stable cryptos (DAI) in a smart contract and the dividends recovered after making this money “work” are distributed equitably to the beneficiaries of the UBI as recurring income.

After identity verification, anyone can receive 7 or 8 GoodDollars ($B) every day, an Ethereum token from accumulated interest. The Fuse network facilitated these payments, carried by its own blockchain and allowing transactions at very low costs. Supporters of the system can withdraw their DAIs and have lost nothing (other than lost profits if they themselves had placed this money in a paid account; however, they also get back billions in counterpart). The device is still in its infancy but works: in April 2021, $17 billion was distributed and over 38,000 wallets were created. On average 86,000 users, 40% of whom live in Southeast Asia, use the device daily. The sums are still low (around $ 10,000 distributed for free in total since the beginning, including $ 3,230 in April, knowing that it did not yet list the billion $ on the markets). But the project, led by the CEO of the eToro trading platform.

Another notable project, the Kleros platform launched in March 2021 its universal income project, as an Ethereum token called $ UBI. They sent a variable quantity of tokens over time to any address duly validated through Proof of Humanity, a decentralized device for managing digital identities. Initially, the idea is to pay every human an income related to time, at the rate of $1 UBI per hour, so $720 UBI per month (or $410, at the current price of the token). Here too, the project is based on the one hand on building blocks already developed (Kleros is a dispute resolution protocol based on blockchains) and on DeFi (users can be rewarded for providing liquidity to the markets via the Uniswap decentralized exchange office, making the token more accessible).

If all this is still embryonic, private or citizen initiatives combining UBI and cryptos therefore seem to mature, and could even (perhaps) inspire governments.

It is difficult to estimate at this stage whether these projects will be successful and, above all, whether they could become widespread on a large scale. But they are exploring new avenues. At the very least, we recognize that blockchains, smart contracts and DeFi make it possible to invent alternative models of creation and distribution of value. After all, who would have imagined when Bitcoin appeared in 2009 that a dozen years later there would be nearly 10,000 cryptocurrencies weighing $2.5 trillion?