You are here: Home / News / Bitcoin would consume more electricity than Norway 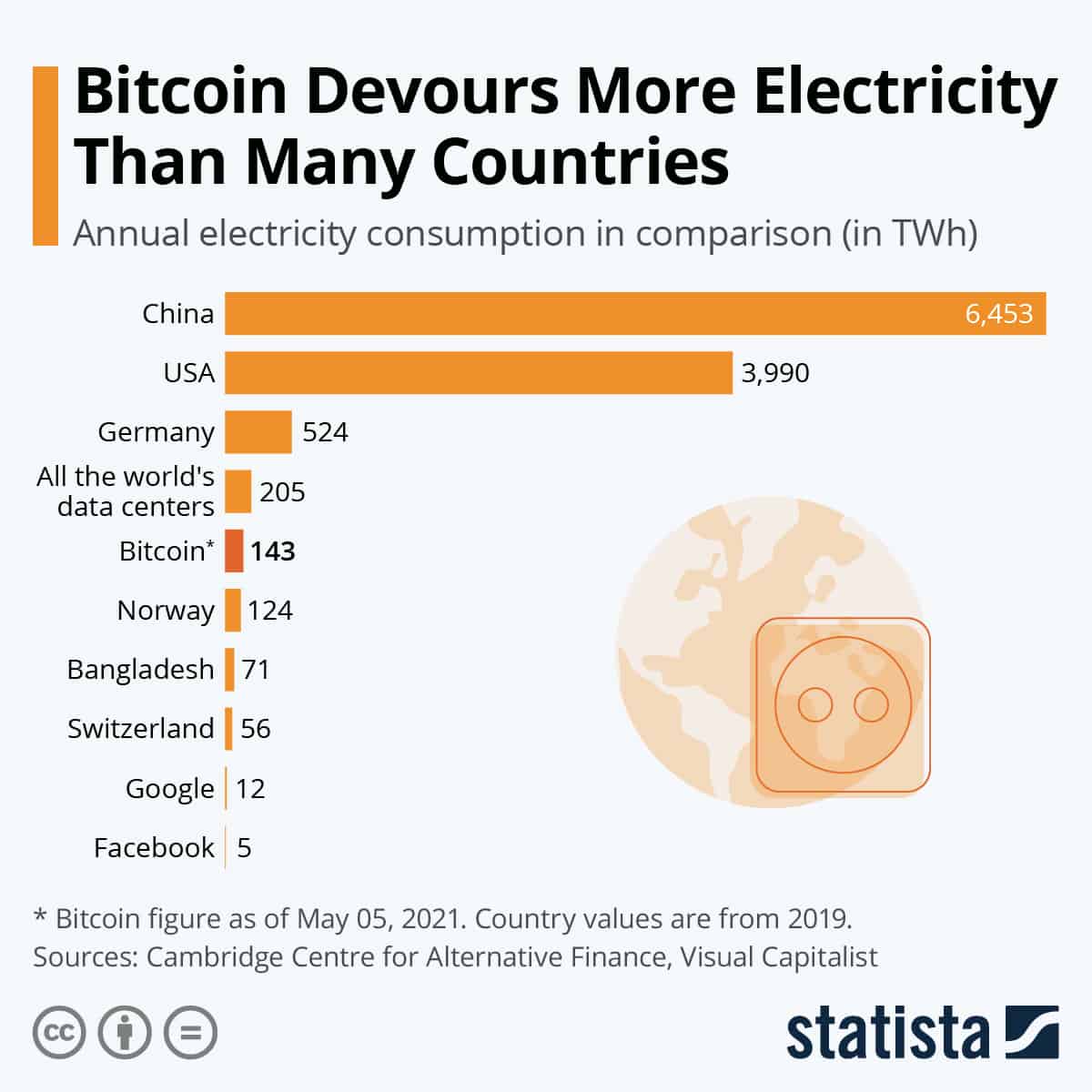 140 terawatt hours of electricity per year, that’s the monstrous energy consumption that bitcoin would have, according to Statista . A data that adds water to the mill of detractors of cryptocurrency.

In reducing global energy consumption in order to best meet the global climate objectives set for the 2100 horizon, bitcoin would be well advised to find less energy-consuming alternatives for its miners.

This is certainly no surprise to those interested in bitcoin, perhaps more to cryptocurrency neophytes. Already singled out for its electricity consumption within the circle of virtual currencies, of which it alone represents two-thirds, Bitcoin has an unfavorable overall energy balance.

Estimated at 140 TWh, Bitcoin’s annual electricity consumption is monstrous, for example over 10 times higher than Google, and even climbs to 148 TWh according to estimates from the Cambridge Bitcoin Electricity Consumption Index. Another worrying comparison concerns the annual energy consumption between the cryptocurrency and all the data centers on the planet, which consume “only” 50 TWh more.

It is worthwhile to increase the number of messages to encourage us to empty our mailboxes in order to relieve these same data centers and reduce their electricity consumption. If the gesture is more than necessary, it seems quite futile in the face of these energy balances.

The energy balance of the cryptocurrencies in question

Bitcoin pays in particular for its particularly energy-intensive mode of operation, which relies on powerful computers used by miners to validate as many transactions as possible. Therefore, the entire mining model of this virtual currency should be reviewed.

Should we therefore bet on more virtuous cryptocurrencies? While Bitcoin is voracious, none of these currencies are perfectly green. For example, Chia, described as less energy- hungry with storage-based farming, leads to an explosion in demand for hard drives and SSDs, while dramatically reducing the lifespan of the latter.

We could say much ink about the energy balance of cryptocurrencies in the years to come, as may the speculation surrounding these virtual currencies. After a complicated month of April 2021, the price of bitcoin is currently rising to reach 45,975 euros.