You are here: Home / News / Stock market: the Fed warns on valuations, Wall Street does not care! 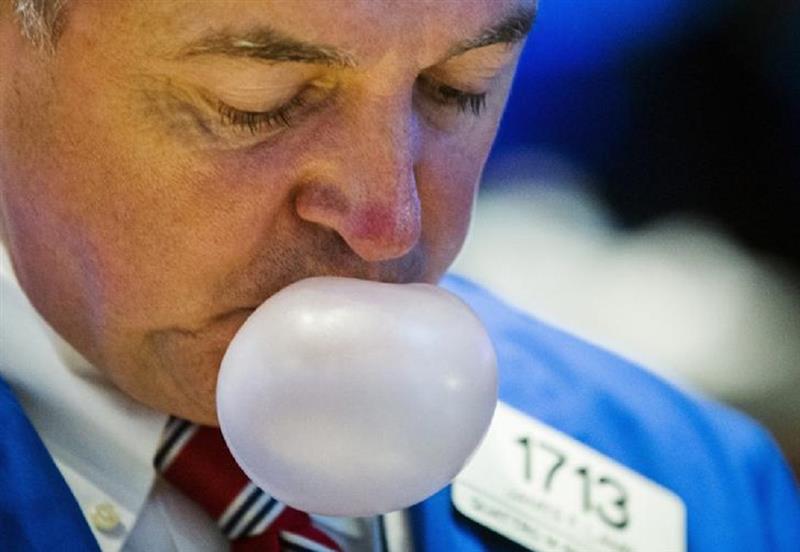 In its bi-annual report on financial stability, the US central bank underlines the increased risks of correction in the equity and bond markets, which are flying from record to record.

“For some assets, valuations are high compared to historical standards”, has just warned the US Federal Reserve in its semi-annual report on financial stability, where it also calls for more transparency for funds speculative after the turbulence caused by the failure of the Archegos fund and the turmoil around certain stocks like GameStop .

In this document published Thursday evening, which takes stock of the health of the financial system in the United States, the Fed adds that “they could expose asset prices to significant declines if the appetite for risk were to fall.” .

However, the warning has so far had no effect on Wall Street, where the Dow Jones and the S&P 500 were about to set new records on Friday night. The Nasdaq, despite some profit taking in recent weeks, rebounded on Friday and is below 3% of its all-time highs.

Analysts estimated on Friday that the Fed’s warning could mean that it knows that its ultra-accommodative policy (adopted in March 2020 to combat the crisis caused by Covid-19) is contributing to the swelling of the valuation of financial assets, and that she is already considering reducing her support, although almost no member publicly admits it yet.

Robert Kaplan, the boss of the Dallas Fed, has been the only one to repeat in recent days that he “would like to start discussions to talk about” tapering ” (reduction of the asset purchase program) sooner rather than later “. He added that the Fed’s securities purchases can “create excesses and imbalances.”

An insatiable appetite for risk

“The vulnerabilities associated with a high-risk appetite are increasing,” said Lael Brainard, Fed governor and head of the financial stability committee, in a statement published alongside the report. “The combination of strained valuations with top levels of corporate debt is worth watching because of the potential for amplifying the effects of a price revaluation event.”

“Valuations among a series of asset classes have continued to climb from levels that were already high at the end of last year,” said Brainard.

The Fed also notes high risks in the bond markets where the spread between the yields of corporate debt securities and that of government bonds is at its lowest. Usually, corporate bonds carry higher rates, with investors demanding higher compensation for lending to companies rather than the government, which is much less risky to sign.

For equities, the Fed governor cited price-earnings ratios close to historic highs and a widespread risk appetite, as illustrated by the phenomenon of “same stocks”, such as GameStop or AMC Entertainment., whose turbulence destabilized the markets at the start of the year.

The Fed official also referred to the Archegos affair, this hedge fund whose bankruptcy resulted in losses of at least $10 billion for major banks, including Credit Suisse. “The Archegos episode illustrates the limited visibility on hedge fund exposure and reminds us that available data on hedge fund leverage may not include significant risks.”

For Ms. Brainard, these “hedge funds” should be forced to disclose more targeted information on a more regular basis on their exact financial situation. Archegos was a “family office”, a closed-ended hedge fund, which managed the wealth of the family of an American trader, Bill Hwang. As envelopes closed to the public, the “family offices” are very little regulated, but the Archegos episode showed that in the event of failure, the waves could reach the entire market.