You are here: Home / Digital Marketing / Which video format is available on Google video partners 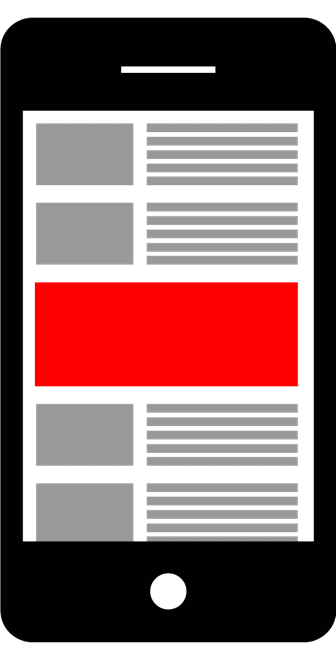 YouTube is a video portal that has developed a lot over time and has become a real search engine for videos. The platform was founded in February 2005 by Jawed Karim, Steve Chen, and Chad Hurley. In August 2005, “Me at the Zoo” was the first video release. This is an 18-second clip that shows co-founder Jawed Karim at the San Diego Zoo.

Google bought the platform just 19 months after its launch. Almost a year later, the first advertisements came. Over the years, the portal developed other products such as YouTube Movies (2012), YouTube Gaming (2015), and YouTube Music (2018). The video portal is top-rated worldwide, especially among the younger generation, also known as Generation Z. Since 2018, there has also been an ad-free version of the platform: YouTube Premium. However, users have to pay for this service. The subscription costs € 11.99 / month (as of May 2020).

Today the platform enjoys worldwide popularity and has an immense reach, with 2 billion users logged in each month. That corresponds to almost a third of internet users. This means that the video portal ranks second among all social media channels – directly behind Facebook.

YouTube is increasingly displacing the classic television program. This is not surprising given the immense amount of video footage. According to YouTube, more than a billion hours of videos are viewed worldwide every day. The platform is available as a localized version for 91 countries and is available in 80 languages.

Another development: “YouTuber” has meanwhile become a profession that many young people strive for. A separate YouTube channel is operated on which various types of video content are published. Everything is represented here, from product recessions to video diaries to travel vlogs, i.e., blogs in video form. There are now several channels that generate six-figure annual income on YouTube. Thanks to advertising revenue and sponsorship deals, there are some very successful, well-known, and financially independent YouTubers.

The so-called Content ID has been in place since 2015 to protect your content. This is a system that identifies and manages content. If videos are uploaded to YouTube, they are checked and compared with a database. This makes it possible to check whether the “new” videos are similar to those that were transmitted to YouTube by the rights holders. Record companies, television stations, and film studios use this function to put their content under copyright law and prevent infringements.

YouTube Ads as a success factor for your advertising strategy

“A picture is worth a thousand words” – this saying is well known to everyone. If a picture is so meaningful, a video can hardly stop anything. Nevertheless, the video platform is often underestimated. Users have concerns that the production of video ads is too complicated and therefore not cost-effective. To dispel this prejudice, there has been a new one since April 2020 free Tool for YouTube Ads with which video advertising can be created more effectively. This means that an advertisement can be made relatively quickly and efficiently with little or no video material.

However, since different customers also have other demands on their ads, there are various ad formats from YouTube that are intended to support individual goals.

These types of ads can help you increase your brand loyalty. Skippable in-stream ads can be skipped after 5 seconds, so it’s essential to evaporate the content to that time. If you manage to convince your products’ users in this short time, this increases the interactions with your other YouTube content or your advertised products.

The ads are played pre-, mid-, or post-roll, i.e., before, during, or after the video. Also, with this format, you are not limited to any specific device. The complete display comprises various elements:

Skippable ads are, in principle, free of charge as long as they have not been optimized in terms of activity or reach. However, the ads become chargeable if a user viewed 30 seconds or more of them or if a conversion was achieved. This means that you can work well with skippable in-stream ads even with a smaller advertising budget, as the financial risk is relatively low. This is not least because the ads tend to be skipped more often.

A clear advantage of this ad format is that the ad can also be shown on Google’s display network if desired. This increases the reach, and you can address a broader target group. The ad is billed according to the CPV model, i.e., the cost per view model provided that the user looks at an advertisement for 30 seconds or longer.

You must select these goals for the Google Ads campaign to use skippable in-stream ads:

You can also use this ad format if you select the “ Create campaign without target” option in the campaign.

The disadvantage of non-skippable video ads directly comparing with the skippable is obvious: users can be more easily annoyed because they have to look at the display to the end and can not click away. Non-skippable video ads are 15 seconds limited. This ad format is mobile-friendly, as a smaller amount of data and less time are required than with longer advertising videos.

The ads are played like the skippable ads pre-, mid-and post-roll. Billing is based on the CPM principle. This means that you incur costs every time the ad is displayed.

The advantage: users will always see your entire advertising message. This means that it can be more detailed and extensive, making it easier for you to attract the audience’s attention and captivate them. However, caution is advised: The fact that the advertisement cannot be clicked away tends to cause displeasure among users. So think carefully about which products are best for this format.

You can set brand awareness and reach as goals in your Google Ads campaign. As with in-stream skippable ads, you can also use “Create a No Target Campaign” to take advantage of this format.

Bumper ads can not be skipped either. They are always played at the beginning of a video. However, the advantage over non-skippable video ads is that the ads are a maximum of 6 seconds long. Therefore, it is crucial for you as an advertiser to get to the point as briefly and concisely as possible and still pick up and captivate your users. A short but memorable message is therefore particularly suitable for bumper ads. This is precisely where the art lies. Maybe some of the best practice examples from Google will help you and inspire you to create your mini clips. Just like in-stream non-skippable ads, bumper ads are billed at target CPM.

To run bumper ads, you need to set brand awareness and reach your Google Ads campaign goals. The whole thing also works with the “Set campaign without target” option.

If you want to use Discovery Ads, you have to specify product and brand readiness to target your Google Ads campaign. Also, the “Create campaign without target” option works here again.

This form of advertisement is only available for mobile devices. They should increase the reach of ads on mobile devices and thus reach more potential customers. Interestingly enough, out-stream ads have so far only appeared on the pages and in apps of partners of the video platform. The format is not available on YouTube itself. The placements can vary extensively here and depend on the medium through which they were played and the respective partner. Thus, ads can be placed as follows:

However, it is essential that video advertising always starts without sound and that this is only activated when a user clicks on your ad. So it would help if you relied on content that, in case of doubt, also works without audio.

Billing is based on the visible CPM. This means that at least 2 seconds of the ad must be viewed before the impression is included in the calculation.

To use this ad format, you must set the goal of brand awareness and reach in your Google Ads campaign. The design also works if you select “Create a campaign without a goal.”

Masthead ads are a particular form of YouTube ads. They are only available on a reservation basis and through a Google sales representative. They can be played on the PC, mobile and also on TV screens. This ad format is particularly suitable if you want to draw attention to new products, services, or a market launch. This format is also up-and-coming if you’re going to reach a large target group within a short time.

Masthead ads are billed either on a fixed CPD, i.e., cost per day, or on a CPM basis. If you would like to use the format specifically for television screens, there is only the option of billing via CPM.

The most important facts at a glance

Are you targeting YouTube Ads: Addressing the right target group – but how?

For video ads, too, there are different ways you can target your campaigns.

Here you can specify the age, gender, parental status, or household income of the desired target group.

You can use this targeting method to define your target group in more detail. For example, you can specify whether it is a student or a professional or whether your users have other common characteristics.

Interests can be varied, and so can the possibilities of aligning targeting with them. There is a categorization for the various topics in which you can classify your users:

With video remarketing, you can reach users who have already interacted with your videos, ads, or YouTube channel. Re-addressing these people increases the chance that the users are interested again in your content.

With this form of remarketing, people are addressed who have already visited your website or used your app. By showing ads to this target group, you can get users interested in your products and services again.

Customer comparison compares online and offline data. In this way, you can use your previously collected data to (re) address customers via YouTube or Google video partners.

For similar target groups, you need an existing target group list. This serves as the basis for a new plan. This includes users who are similar to the target people of the source list. With this function, you can duplicate well-functioning target groups and increase your top-performing target group’s reach.

To create a video ad, you need a Google Ads account. Here you have to log in and then select Campaigns in the side menu. Use the plus sign to add a new campaign. Depending on which ad format you want to use, you have to enter the corresponding goals in the next step. Choose video as the campaign type, then name the campaign.

Then you have to define your bid strategy. You should also fill out the following information:

In a nutshell: This is how you get even more out of your YouTube ads.