You are here: Home / Digital Marketing / How the content revolution came about thanks to digital change 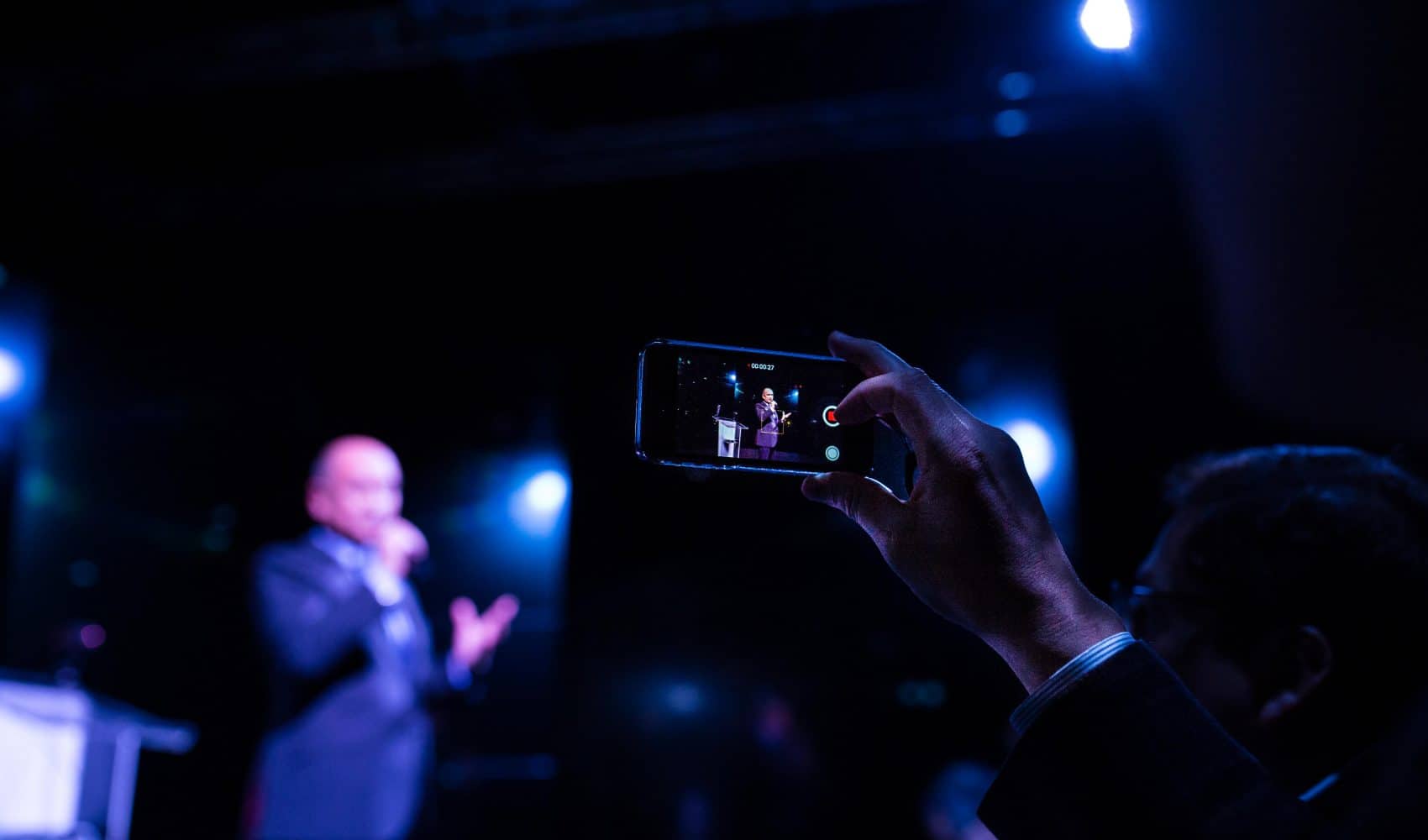 They weren’t there to see the country. You were there for a revolution!

With them was a 26-year-old Fidel Castro who led the group. His goal was to liberate Cuba from the military dictatorship of Fulgencio Batista.

But they were surprised by Batista’s army! Most of the men immediately lost their lives. However, Fidel, his brother Raul and a handful of other men were able to flee into the jungle.

There they holed up and built a small army that grew to 300 men. Nevertheless, it was a hopeless group that could hardly do anything against the 42,000 opponents.

Fortunately, it turned out that a doctor by the name of Ernesto Guevara, whom the Cubans called “Che”, had a fable for guerrilla warfare. So they snuck out at night to raid the enemy facility and then disappear back into the jungle—one at a time.

In the meantime, however, millions of Cubans did not know that these men were fighting for them. But one day, the men brought a device that would change the revolution.

How did this device change the revolution?

That simple device was a radio transmitter that the rebels could use to transmit radio waves. A vital medium that had the highest reach in Latin America at the time.

So they started broadcasting in February 1958 to shed some light on what was going on in Cuba and to find supporters for the revolution.

Every day they broadcast news of the war, made speeches, played patriotic songs, and had soldiers send messages to their families.

Now the population knew that someone was fighting for them.

On December 28, 1958, just a few months later, Guevera’s troops marched into the vital city of Santa Clara and were greeted with cheers. Just a few hours later, Batista left the country.

What does the Cuban revolution have to do with content marketing?

Before the radio came into play, 300 rebels were crouched in the jungle with an overpowering army on their necks.

After the radio, these outsiders were able to connect with the five million people who secretly shared the dictatorship’s discontent.

Radio connected people and together they achieved victory in an astonishingly short time. That Guevera only won the revolution with the radio is only half the story.

Unfortunately, radios do not have an integrated fan base. And people won’t risk their lives for something just because a stranger said it on the radio. Guevara didn’t become successful simply because he broadcast the radio, but because he managed to develop a relationship with people!

A gripping mission, a new medium, high-quality content and above all, a relationship with the audience were the key here.

How has the digital revolution changed communication?

Just as radio changed the Cuban revolution back then, digital change has also changed the way companies communicate with their customers.

The digital revolution has been triggered by the computer since the beginning of the 20th century and began to spread to almost all areas of life, culminating in the digital world.

In the 1980s, the computer came into private households, was given a graphical user interface (thanks Apple!) And thus became a valued and self-evident tool.

Also, there was the Internet and thus the networking of computers and mobile devices such as smartphones and tablets to form a uniform communication medium that is increasingly replacing traditional media such as print, telephone, radio, television, fax and mail. Also, more and more previously unknown forms such as search engines and social networks result.

As a result, hardly any industry can shut itself off from the digital revolution.

Thus, the buying behaviour of your customers has fundamentally changed. Today your customer is used to receiving information via Google within a few seconds. He is also always happy to consult his digital network. The Zero Moment of Truth sends its regards. As a result, the customer journey has changed and has become significantly more complicated.

That’s why you have to adapt if you want to survive in the long term. My dear colleague Dr Kerstin Hoffman says so beautifully in “Web or Die “:

Although it is a good thing for small companies in particular. Because they now have the opportunity to use inexpensive technological aids that give them a wide range that was previously reserved for the big ones.

At this point, I always like to hear that “our customers are not online at all”. And that although almost a third of all humanity depends on Facebook alone. And even if your customers are really not online and live somewhere under the stone, the people are online who can influence their purchasing decisions.

If the digital change is accepted, a brochure-like website will be set up first, which is only used for image purposes. But just sending messages is not enough in the modern web. People have a stupid habit of wanting to talk to each other. That’s why your customers today expect answers to specific questions.

In addition to social media, content is the best way to communicate with your customers. Mainly because the Internet was initially created to share content. That’s why 53% of people on the Internet spend their time-consuming content.

Therefore, today it is a matter of attracting customers through compelling, useful, relevant and entertaining content. If that is still geared towards a company goal, B. more sales, then one speaks of content marketing. So marketing using free content.

But actually, content marketing is nothing new. Doris Eichmeier and Klaus Eck describe the development story in “The content revolution in companies “very nicely. Let’s take a closer look at that.

In the mid-1990s, companies commissioned their agencies to create, above all, beautiful websites. The only problem was that it was more of a digital business card or brochure that only contained a few pieces of information about the company’s offering:

Simple old approaches from the print sector were transferred to the digital web.

Many companies had a simple static website that was manually created using HTML. But the requirements and the complexity kept increasing, and so the first content management systems emerged, which were complicated and expensive at the beginning.

As a result, the role of the webmaster emerged, and content was assigned to the technology corner rather than from a marketing perspective. That’s why companies invested little money in content, but instead in design and distribution. I used to run a web agency myself and still know exactly how to focus only on design and to add content at the last moment that you somehow slapped together. Content, the most crucial element, was unfortunately neglected!

With the Internet hype, companies are increasingly investing in their editorial team to increase their visibility, especially in the search engine. But many companies couldn’t afford it. Therefore, content brokers were hacked and inferior content was obtained from them. The acceptance of content was correct, but the implementation left a lot to be desired.

The old static company websites became more and more dynamic. Suddenly there were guest books, chats and forums. Finally, there was the opportunity to comment and enter into a dialogue!

This was followed by online diaries and blogs, which to this day make it possible to publish content on a wide variety of topics without technical knowledge. Companies have recognized this and started the first corporate blogs to benefit from the flexibility and visibility. Today there are millions of blogs on a wide variety of topics, from hobbies to professional publications.

The trailblazer for this content revolution was above all the rapid increase in social networks, above all Facebook. Social media has once again changed the way content is perceived, published and disseminated. Today, information is shared on social networks, especially if it helps and receives a positive response.

Accordingly, the importance of the homepage has decreased rapidly. Today it doesn’t get as much attention as it used to. Today it is the individual content that gets the attention. Visitors can find these via social media or the search engine.

There is always considerable scepticism when it comes to new things: “Do I even need a website? Isn’t this internet just a hype that won’t catch on anyway? “It turns out that it isn’t. It’s not hype. It is the same as content marketing. Content lasts forever. That is why a content hub is also the corporate presence of the future. With us, it is also the case that approx. 80% of our website consists of content.

Nobody expects a B2B or B2C brand to mutate into a media company in a red-bullish dimension.

Even if the rebels were outnumbered during the Cuban Revolution, they achieved victory in an astonishingly short time. The key to this was a radio transmitter. Only then was it possible to send content regularly and build a relationship with people?

Similarly, computers, smartphones and tablets have triggered the digital revolution and changed everything, including corporate communication and the purchasing behaviour of your customers, of course. It turns out that interesting, useful, relevant, and entertaining content is the best way to communicate with and attract your customers.

The unique thing is that we have always told each other stories around the campfire. It’s just a digital campfire today. If you appear here regularly in your customers’ social media streams, you have won.

Content marketing is not a trend, but a long-overdue adaptation that brings communication back into balance. Modern marketing is about help, not hype.

The content revolution has already begun. Small businesses, in particular, are just getting started.