You are here: Home / Uncategorized / You are no longer silent 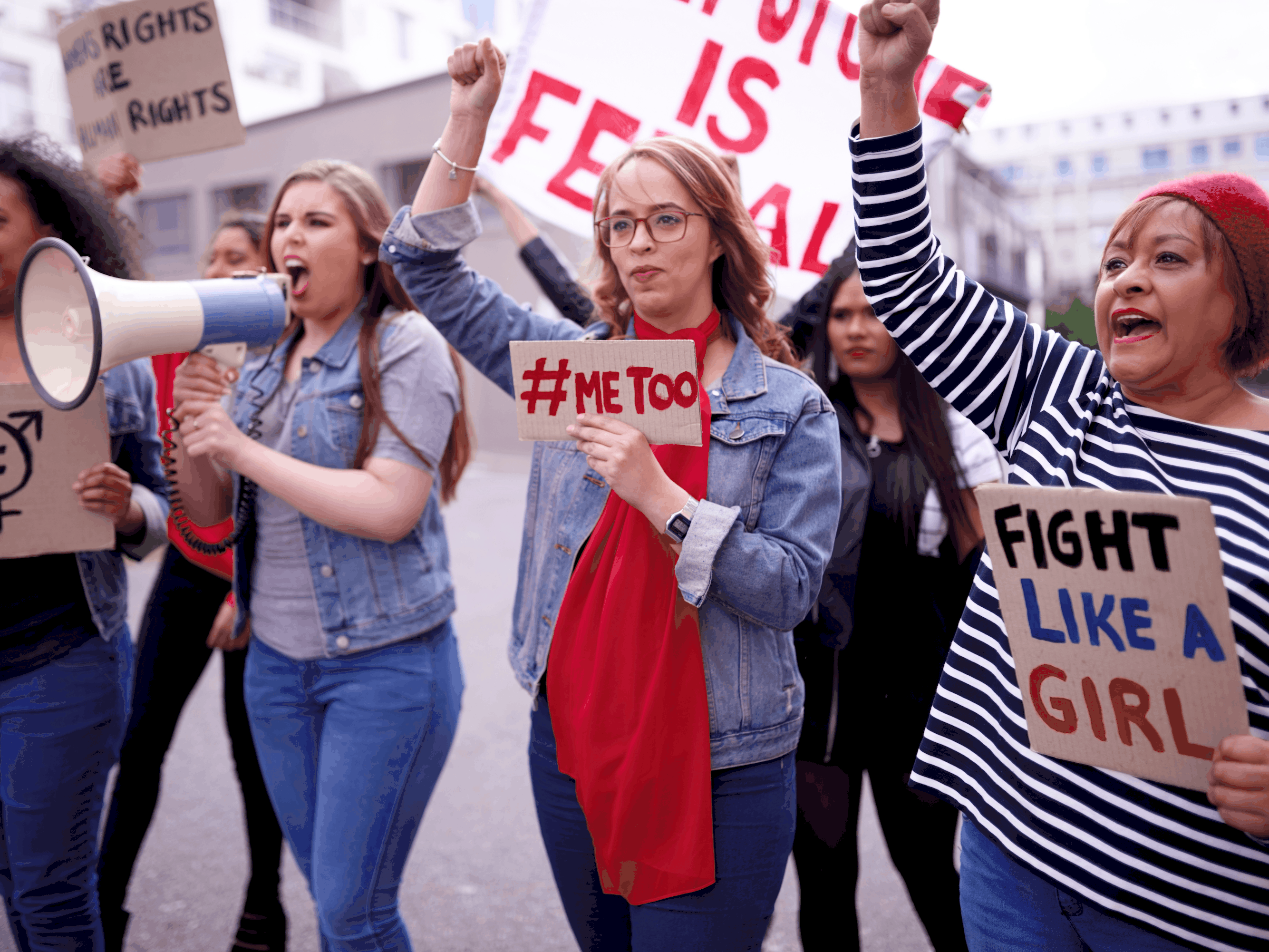 Harassed, groped, raped: Hundreds of women report sexual assaults in the games scene. Is this the beginning of your MeToo movement? It would be overdue.

Too often reports of sexual harassment in the video game industry remain in your own four walls.

Discrimination, sexual harassment, physical assault, and even rape: such experiences have so far been concealed mainly in the gaming scene. The memory is often too painful for many of the mostly female victims. Too much fear to speak publicly and face the wrath of an anonymous internet mob. Or to risk a further career in the industry. Shut up and suppress, that has been the reality for many women in the video game industry.

But now that could change: Since three weekends ago, more than 100 women have reported bullying and sexual harassment in the context of games, and the number is increasing every day. It is all about personal experiences in game studios, at trade fairs and e-sports tournaments, about streamers, players, commentators, and managers (and yes, they are mostly male). If there have been little outcry moments like the Gamergate debate in 2014, the comments could now be the beginning of a MeToo movement in the games industry.

It all started couple weeks ago on Friday. A streamer with the pseudonym JewelsVerne accused the successful Destiny 2 streamer SayNoToRage, also known under the nickname Lono, of being assaulted on her at an event. A little later, other women described similar experiences. SayNoToRage apologized for his behavior in a video but dismissed the allegations of sexual assault. Nevertheless, Bungie, the developer studio behind Destiny 2, responded: An employee announced that he would no longer cooperate with him in the future.

The accused deny the allegations.

The reports piled up over the weekend. In a document that collects the alleged harassment within the Twitch streaming platform community, dozens of names of well-known and lesser-known streamers appear. The allegations range from offensive chat messages to physical assault on the sidelines of events. It must be said, however, that in many cases, statements have so far been against statements and the allegations first have to be reported and then judged legally – if that is what the participants want.

Those in charge of Twitch write, you take all allegations seriously and will assault that on the platform or official Twitch events took place, check. According to the Facebook Gaming portal, it has already temporarily removed individual streamers from the platform to investigate the cases.

Not only players and streamers are in the focus of the allegations. Omeed Dariani, head of the Online Performers Group talent agency, resigned Monday after a woman accused him of abusive behavior. He was co-founded by the successful card game Cards Against Humanity. A marketing manager at Ubisoft is charged with rape; a well-known game designer at least tried rape. Both deny the allegations but admit they did not behave properly. A YouTuber is said to have repeatedly approached underage fans; a former game journalist is said to have harassed colleagues. These examples represent only a small selection of the statements.

As during the MeToo movement triggered by reports of the sexual assault by film producer Harvey Weinstein in 2017, many of the allegations relate to events that occurred several years ago. There are several explanations that the victims are only now talking about it. The personal trauma that they had to deal with over the years should be one reason for this. The power structures dominated by men are probably different. They protect the perpetrators – and indirectly silence the victims. Because if you don’t have a lobby, it’s hard to believe.

This can be illustrated using the example of the online game Dota 2. Instead of bugs and updates, the Reddit forum of the game has been primarily about sexual harassment within the community for days. And the more experiences are shared, the clearer becomes the structure of power within the professional scene.

The focus is on the American Dota commentator Grant “GranDGranT” Harris. A woman initially accused him of groping for her while drunk. Another anonymous woman later described how Harris allegedly drugged her with knockout drops six years ago after a tournament and then raped her in a hotel room. Harris himself has not yet commented on this in detail but has since announced his departure from the Dota scene, apologized for his behavior, and referred to his alcohol problem. His employer, the esports organization Evil Geniuses, broke up with him.

It is unclear whether the events took place as described. However, Harris’s encroaching behavior has been a topic within the professional Dota scene – a comparatively manageable view in which few companies dominate. Professional players, analysts, commentators have known each other for many years; there are special friendships, love affairs, dependencies. If you know the right people, it will be more comfortable. A few years ago, when a young commentator with the pseudonym LlamaDownUnder tried to gain a foothold in the scene, be it according to her partner, especially Harris, who would have harassed her repeatedly. Harris was even judicially prohibited from contacting Llama, which resulted in a lengthy legal dispute. She quickly gave up a career in Dota 2.

The colleagues of Grant Harris are now also criticized: How much did those responsible for Evil Geniuses and the US production company Beyond the Summit know when they hired him for tournaments? Many of his former colleagues say they knew nothing about the details and the actual outcome of the lawsuit. That may be, but it is clear from some reactions that Harris has long been considered at least a bully and that some colleagues protected him despite allegations from women like LlamaDownUnder: When she described her concerns before meeting Harris, she was supposed to by an organizer heard: “Grant is a bit strange, but harmless.” A responsible person from Beyond the Summitwrites that they responded to their concerns and discussed it with Harris before the event.

Appease. Downplay. Deny. These protective mechanisms always apply when influential people, who are still mostly men, are accused of sexual harassment. What is known from the film industry (think of the cases of Harvey Weinstein or Bill Cosby ) or in the music industry (Michael Jackson and R. Kelly ) also applies to the games industry: The patriarchal and buddy structures that have grown over the years ( In most games, including Dota 2, there are no professional players and only a few commentators and moderators) are designed to maintain the status quo. Anyone who addresses grievances quickly becomes a nest polluter.

In the past, women in the game scene found it particularly challenging to be heard. The best-known example is the Gamergate affair from 2014 when some women in the industry shared their experiences of sexual harassment – which ultimately led them and their supporters to end up getting from trolls who organized themselves through platforms like 4chan and Reddit were attacked and defamed again. Gamergate may have led more women to remain silent in the coming years than to surrender to an anonymous mob. Last summer, individual allegations against well-known names from the gaming industry and the later suicide of an accused developer led to criticism of the victims rather than the perpetrators.

And now? It could be different. There are still users on social networks and forums like Reddit who defend the accused. But the sound, like in the subreddit of Dota 2, is more understanding. The sometimes violent allegations, which, as previously mentioned, are initially unoccupied, are not immediately dismissed as lies, but at least perceived as a possibility. Many fans of personalities like SayNoToRage or GranDGranT are already turning away from their previous heroes. And first debates are dealing with the deeper sexist structures in communities like that of Dota 2 or Twitch.

They are timid, positive developments. The MeToo movement may not have been able to clear away all-white male privileges. But she still has the world making a difference: Last but not least, it has given many women the courage to speak out. Voices that you should hear – and above all – hear even more often in the male-dominated games scene.