You are here: Home / Google / Microphone turned off 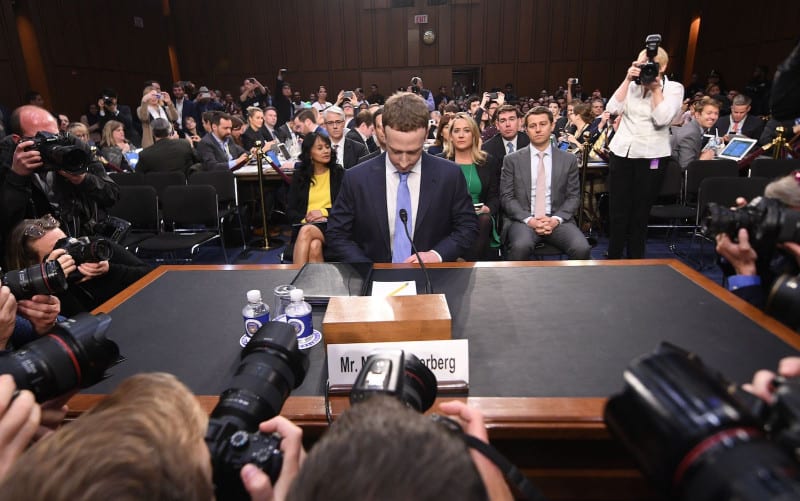 Facebook boss Mark Zuckerberg defended his power at his group’s annual general meeting – once again. How long can this go on?

Facebook, as many observers see it, actually suffers from the fact that creator Mark Zuckerberg has too much to say, including his definition of freedom of expression. Yes, that he even acts like a dictator.

Nobody can get past Zuckerberg.

On Wednesday, Mark Zuckerberg must have felt what it was like to suddenly have no voice for the first time in a long time. The Facebook boss had just made a fiery plea for freedom of expression.

At 11:11 am local time in California, – Zuckerberg just explained at the annual general meeting of Facebook, which was held entirely online this time, why his cyber currency Libra is so essential for his company – the conference service provider ended the meeting without further ado. And so abruptly turned the microphone off the Facebook boss and thus the worldwide audience.

Even the most talented satirist couldn’t have done it better. The irony is perfect. The breakdown is a steep step for the growing number of critics of the social network. Because, as many observers see, Facebook suffers from the fact that its creator has too much to say, including its definition of freedom of expression. Yes, that he even acts like a dictator.

It’s not that Zuckerberg doesn’t have a voice. But on the contrary. The Facebook founder and CEO own 81.8 percent of Class B shares, representing around 363 million papers, each giving him ten votes. He outdoes ordinary Class A shareholders who have only one vote and, with 53.1 percent of the votes, is unchallenged on Facebook. He even has a further 4.8 percent buffer thanks to Class B shareholders who have given him his vote.

This year’s Facebook general meeting was, therefore – except the abrupt end – as it has been in recent years. At least for the most part, because there was no riot from the audience and demonstrations in front of the building at the virtual meeting.

All the motions submitted by Facebook were approved, the majority by other shareholders were rejected. NorthStar Asset Management’s proposal to abolish multiple voting rights and thereby give ordinary investors a say? No chance – like in previous years.

Now it is not the case that Zuckerberg invented multiple voting rights. Instead, the fall in Silicon Valley goes back to the founders of Google, Sergey Brin, and Larry Page, who made such a construct popular among the founders of high tech when they listed their company on the stock exchange in August 2004. Brin and Page, in turn, took the suggestion for this from Donald Graham, the longtime publisher of the Washington Post, whose mother Katharine secured the family’s influence when the media company went public in 1971. Don Graham, in turn, was on the Board of Directors of Facebook from 2009 to 2015. And that as – the summit of irony – leading independent members.

Brin and Page also control the Alphabet parent company. But there are still two. Alphabet’s board of directors is also not known to instigate revolts against the founders. But is perceived as more independent from the outside.

On Facebook, at least Jonas Kron of Trillium Asset Management thinks that is not the case. Among his newly confirmed members on Wednesday are such top-class players as Netscape creator Marc Andreessen and Hedgefond billionaire Peter Thiel. You are not exactly known as a yes-man. Drew Houston joined the team in February. The founder of Dropbox is a longtime friend of Zuckerberg.

Andreessen and Thiel, it is said in Silicon Valley, should often represent opinions other than Zuckerberg. But they cannot do more than advice, let alone control effectively. You are personally close to him. So close that Zuckerberg, even against considerable public criticism, declined to dismiss Thiel from the Board of Directors because of his publicly cultivated support from Donald Trump. That speaks for the loyalty of Zuckerberg. But it should be one of the reasons why Netflix founder Reed Hastings left the Facebook board last year.

“Facebook is not a democracy,” said Zuckerberg at a meeting of his employees. He is right about that. If Facebook were a democracy, every investor would have an equal vote. Depending on its shares, of course, but also on the economic risk.

It’s true: thanks to his power, Zuckerberg can lead his group more effectively, easily fend off hostile takeovers and quickly pull through his own. The fact that Facebook has become so powerful and continues to grow is also because Zuckerberg bought potential competitors such as Instagram and WhatsApp. He was able to negotiate this at the kitchen table in his home in Palo Alto without having to convince his supervisory board for a long time.

Do multiple voting rights damage a group’s economic prosperity? Opinions differ. In the case of Facebook, it can at least be measured by the market value. That has climbed from $ 242 billion to $ 652 billion in the past five years, despite all the scandals and a handpicked board of directors.

But thanks to critical voices, could Facebook have avoided a few wrong steps, and could it be even more valuable? Surely it could have kept some talents.

Even more: May a company that includes WhatsApp, Messenger, and Instagram, reached around three billion inhabitants of the earth and thus has considerable political and social influence, are led by a, well, dictator, as observers from Zuckerberg describe?

Even Zuckerberg is likely to swan that this will not go well for long. On Wednesday, he referred to the recently launched content supervisory body, which was ridiculed by critics as a “censorship committee.” But can the team of former top politicians, lawyers, and journalists stand up to the CEO? Will he implement recommendations that are not pleasant to him as promised?

Doubts are appropriate. Chris Cox, former Facebook Product Manager, longtime friend and confidant of Zuckerberg, and even a candidate to succeed him as CEO, surprisingly left the group last year. He intervened unsuccessfully against Zuckerberg’s plan to encrypt the content of WhatsApp and Messenger. There are many good arguments for encrypting communication that competitors like Apple also share. But

There are also dark sides, including harrowing ones.

As Michael Passoff made clear during the Facebook general meeting. Proxy Impact’s CEO wants to stop Facebook’s encryption plans. “Facebook is the largest source of child sexual abuse material worldwide,” Pass off claims. Encryption would make it even harder to stop or even notice this flood, he warns. Zuckerberg, himself the father of two children, certainly didn’t make the decision easy. It is a burden. However, which would be spread over several shoulders and more comfortable to carry.