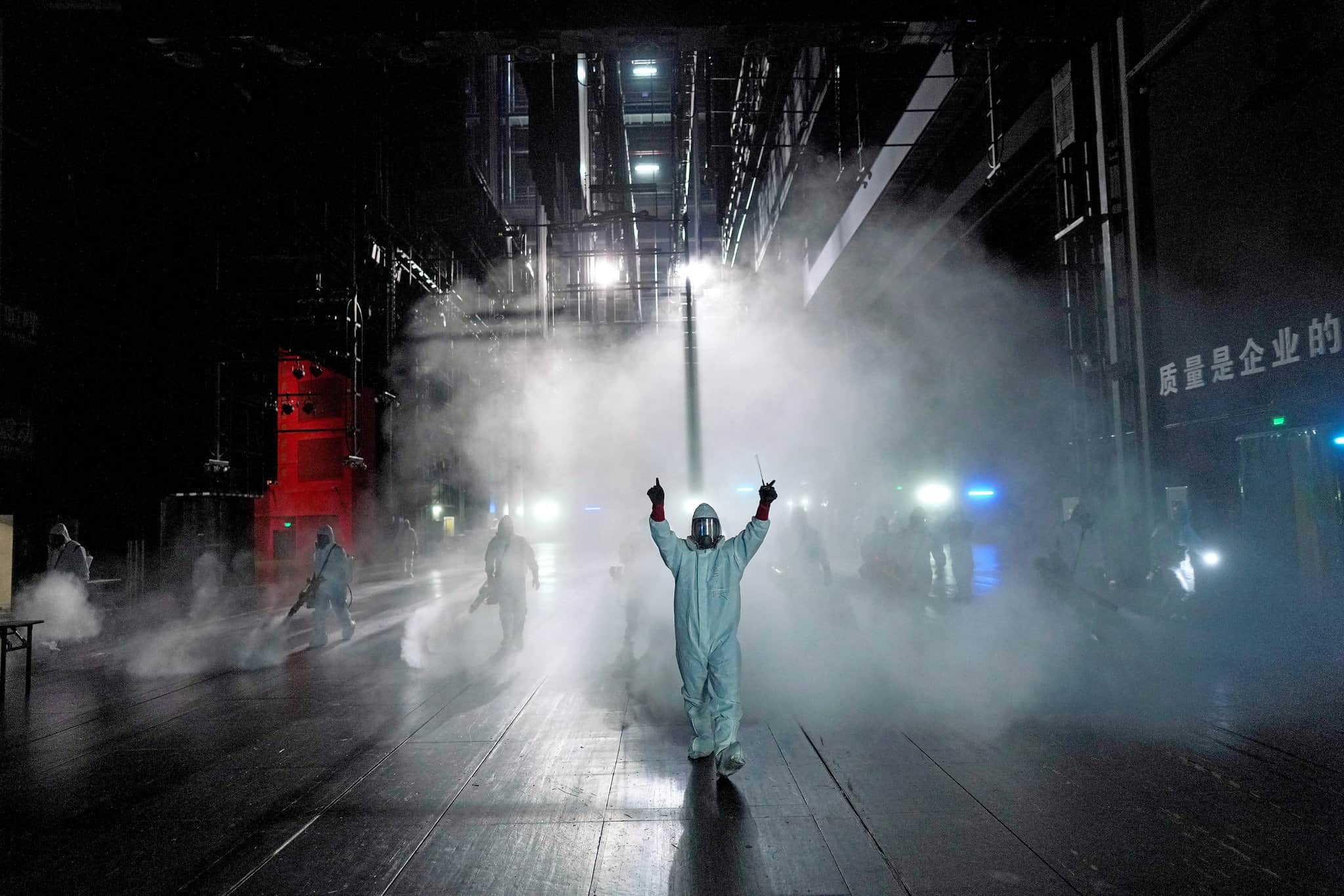 An alleged corona virus unveiling video is viewed millions of times on YouTube – and then deleted. The case shows how important the fight against the infodemic is. The social media platforms are therefore increasingly using fact checkers.

The corona pandemic is accompanied by a worrying “infodemic”: fake news and disinformation are booming, conspiracy theories are flourishing. This is currently shown in the example of the pseudo-documentary “Plandemic”. The film is scheduled to be released in summer but is already featured in a 26-minute video. This was also published on the video platform Youtube and has been viewed millions of times.

The protagonist Dr Judy Mikovits, a controversial American researcher who worked at the National Cancer Institute. In an interview with filmmaker Mikki Willis, the molecular biologist claims that leading US experts such as immunologist Anthony Fauci are covering up the truth about the new coronavirus to gain power and money. The pandemic is a conspiracy of people trying to benefit from vaccines. In addition to several unprovable claims, she also explains that vaccinations help people get Covid-19 because they weaken the immune system.

Furthermore, the short film assumes that protective masks spread the virus. However, since it can take up to 14 days for someone to show symptoms, masks are said to prevent droplet transmission. The interviewee thinks that the beaches should reopen quickly because people are protected by “healing microbes in saltwater”. The fact-checking portal Politifact has compiled the false and non-verifiable claims made in the document.

Offended pride because of a career break

Right at the beginning of the interview, Mikovits is staged as a victim whose career has been willfully destroyed. Specifically, this is a work from 2009. At that time, the researcher co-wrote a paper that put forward the theory that a retrovirus discovered in mice played an essential role in the development of chronic fatigue syndrome. Since several laboratory tests could not confirm the thesis, the investigation was withdrawn due to technical shortcomings.

After further controversy, Mikovits initially lost her job and was even briefly arrested after a house search. The failure of her academic career is still attributed to Fauci, the adviser to the US President, who is currently the most crucial expert in the corona crisis in America. The allegations go back decades: She claims that Fauci threatened her and benefited from her work on the HI virus. “The whole world is listening to him right now,” the interviewer stated in the video. “How do we know he is telling the truth?” He asks his counterpart. “What he says is pure propaganda,” replies Mikovits, who also claims that Fauci has been complicit in millions of deaths since 1984.

In the course of the interview, the interviewee mentioned other names of well-known people who were part of a vast conspiracy. However, due to the one-sided perspective and the dramatized presentation, the audience quickly gets the impression that this is primarily about the offended pride of a woman who uses the current pandemic as an occasion to rehabilitate her burst career and her battered reputation. This assumption is confirmed by the fact that Mikovits recently published an Amazon bestseller book that deals with corruption in science.

Dr When asked by various media, Fauci said he had never worked with Judy Mikovits, and he dismissed the allegations.

The original video, which generated at least eight million views on YouTube, has since been deleted from various significant platforms. However, this does not prevent conspiracy theorists from uploading a dozen copies of the video. They found a new “whistleblower” in Mikovits. The pseudo-scientific video is particularly well received by anti-vaccination groups, right-wing extremist news portals and the QAnon movement, which a secret government in the United States claims to have recognized behind all evil.

This “deep state theory” is also becoming increasingly popular in Europe. In Germany, conspiracy theorists like Ken Jebsen try to hijack the public debate with their crude theories. His fans are happy to describe the so-called “New World Order”, a profoundly anti-Semitic conspiracy theory. The narrative that Bill Gates benefits from a corona vaccine is also prevalent and is also mentioned in the Plandemic video.

Doctors, doctors and scientists are currently doing educational work on YouTube. If you are looking for “Plandemic” on the platform, you will be shown fact-checking videos with attached links to trustworthy sources such as the WHO. Some of these reaction videos have already been viewed millions of times.

In the expert videos, Judy Mikovits’ claims are exposed as false or misleading, and the fake news and myths are contrasted with facts (so-called debunking). “I am shaken,” says Dr Zubin Damania in a video, “That Americans are so stupid to believe for a second what is said in the conspiracy video.” And another doctor named Dr Todd Grande says: “You always have to ask yourself whether there is evidence to support the claims and what sources are mentioned.”

46 per cent of all fake news comes from Youtube

According to a recent study by the scientific journal “BMJ”, YouTube has a massive problem with disinformation and fake news. According to this, more than a quarter of the most viewed videos on the platform show misleading content. There are a total of 62 million views worldwide. In contrast, videos from trustworthy sources are underrepresented during the current pandemic. The researchers are, therefore calling on health organizations to act even more aggressively against disinformation.

According to the research portal Correctiv.org, 46 per cent of all fake news originated on YouTube. From there, they are distributed on Facebook, Instagram and Co., where they achieve a high reach. Whatsapp is the most common distribution channel, explains the portal, which specializes in fact-checking. Corrective founder David Schraven told the NZZ that the messenger service Telegram was also very dangerous. It plays a growing role in the dissemination of fake news because unlike Whatsapp; you can set up more substantial groups and exchange information there.

Now that YouTube also wants to work more closely with fact-checkers in the USA, other platforms have also stepped up their measures. As announced by Twitter , tweets with content that experts have misleading or wrong that could harm people are to be deleted. Controversial information should therefore be provided with a reference to trustworthy sources. Leading politicians such as US President Donald Trump could also meet this regulation. “These labels apply to anyone who shares misleading information that meets the requirements of our guidelines,” a spokesman told DPA.

Facebook has already taken steps to curb the spread of disinformation. In April alone, the platform provided 50 million posts with false or dubious posts about the coronavirus with warnings. The measure shows success: In 95 per cent of the cases, users did not click the link when they saw the sign, according to Facebook. The basis for the information would have delivered 7500 items from fact-checkers. Also, 2.5 million posts were removed, which were about the sale of masks, disinfectants or Covid-19 tests.