You are here: Home / Digital Marketing / Animations in marketing: There is a rattle in the cartoon 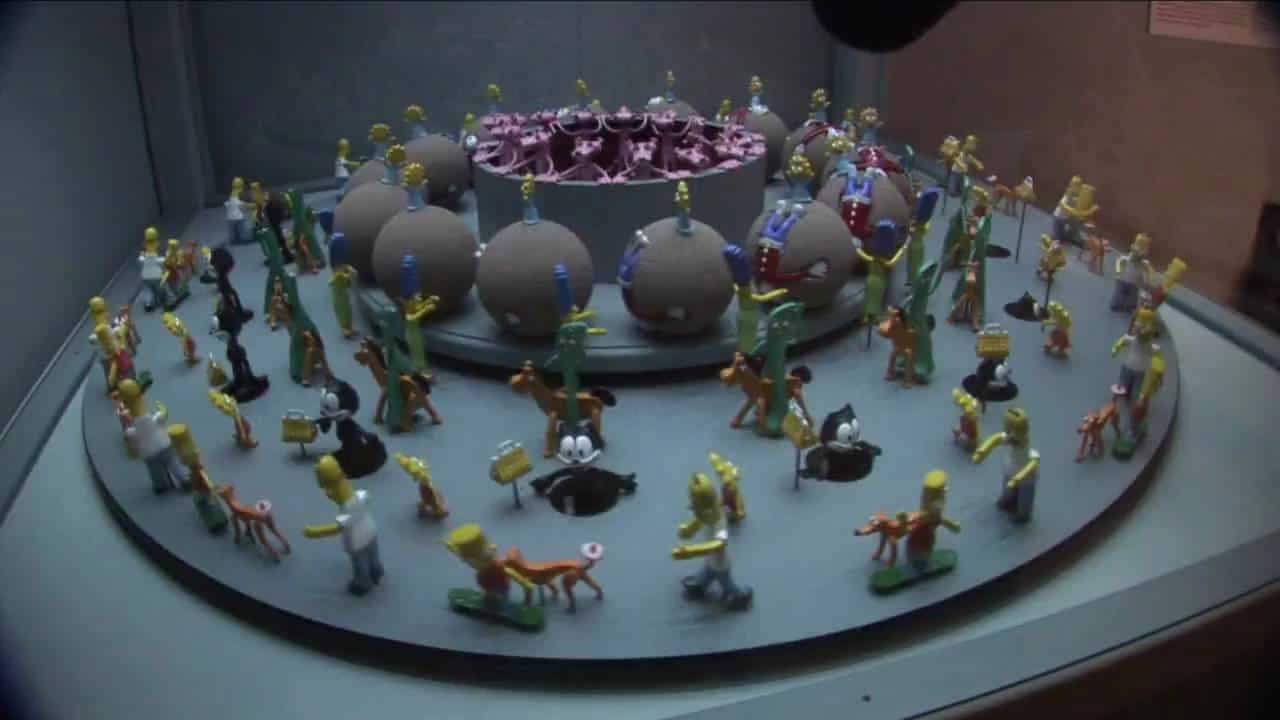 There are many good arguments for using animation in marketing – and this post introduces them.

How did animations develop?

Animated films have testified to the creativity of humanity for over 100 years. Even today, animations go beyond the boundaries of art and imagination, and now they also play a significant role in marketing campaigns. Their relevance is based, among other things, on the relationship between people and animations that have developed over the past two decades. To understand how animation can be used effectively in marketing, it is worth taking a look at the beginning.

Cartoons go to early animation techniques in the first half of the 19th century, as Joseph Plateau phenakistoscope, the zoetrope and the flipbook, which is moved from single images by quickly leaves with your thumb a sequence and thus a kind of short film appears. These new cartoon techniques paved the way for the first animations in film format.

In 1888, Charles-Émile Reynaud’s praxinoscope was the first to show an animated film in the Théâtre Optique, in which the individual images were drawn. Émile Cohl Fantasmagorie published in 1908 and was the first animated film created by classical animation ( “cell animation”). With this technique, each picture is drawn on paper (later foil) and then recorded on negative film.

Soon Walt Disney entered the new world of animation. Steamboat Willie appeared in 1928 as one of the first animated films with sound. The film was also the debut of the world-famous character Mickey Mouse.

In the 1990s, the digital revolution brought motion design to animation studios. While the pictures with the 2D figures had to be drawn and recorded individually before, this could now be done entirely on the computer. During this time, Disney films such as The Jungle Book and Aristocats were created. The golden age of the CGI dawned in 1984, and in 1995 Pixar presented the movie Toy Story, which was created entirely with 3D computer graphics.

A leap into the present shows that new forms of animation continue to develop. From classic animation to stop motion to 2D and 3D computer graphics, animation has proven its impressive longevity since it was created and is becoming increasingly popular.

Where can you use animation in marketing?

That is why animations are also a popular marketing tool today. Of course, it’s not about creating 90-minute animated films for the whole family. Instead, the animation is used as a marketing tool in various forms. For example:

It can be challenging to decide which platform is best for presenting your marketing animation, but it ultimately depends on the target group and how you can best reach or address them.

In this respect, it is essential to learn how animations can best be used to interact with the target group on social media, by email, newsletter or on other channels.

How does your campaign benefit from this?

But is it worth the effort? Some numbers suggest that. A third of the time is spent on the Internet watching videos and animations. There is a psychological reason for this: because of the picture superiority effect, people prefer videos and pictures, because they are easier to process and more comfortable to remember than text. Visual information is processed in the brain almost 60,000 times faster than version. According to a Microsoft study, people only have an attention span of just 8 seconds. At the same time, the average time spent on a website is 8 seconds. However, if you embed a video, the length of stay increases to almost 2 minutes – 15 times longer than without video.

A  Nielsen study commissioned by Facebook showed that brand awareness could be increased by 33% within the first ten seconds of a marketing video on Facebook. The subjects remembered the content 27% more often thanks to the video and the purchase intent was increased by 28%. Based on statistics like this, more than half of marketing professionals rate marketing videos as the online content form with the best return on investment.

But why should you rely on animation in your videos? The truth is simple: no matter how severe or informative its content, in the end, we all want to be entertained. Animations can intensively help to establish an authentic, emotional relationship between a user and the brand. Regardless of the content, a friendly animation video can increase interaction, help build an empathetic bond and lead to greater brand loyalty and even higher sales figures.

How do you best use animation?

First things first: be strategic. I have already mentioned the enormously short attention span of users above. That is why animated campaigns, regardless of the platform, must be one thing above all: short. And in this short time, the core message has to be conveyed.

Rely on distinctive pictures. Your animation should be short but exciting at the same time. According to the online trade magazine Digiday, 85% of videos on Facebook are viewed without sound. Therefore, the images have to be anchored in the memory even more. Create vivid visuals that viewers will never forget. Your characters and situations can be striking and out of the ordinary, as you like – because that’s what it’s all about!

Don’t be afraid of emotions. When we watch animated videos or an animated ad online, we get a sense of nostalgia because we liked to see cartoons in our childhood. According to a study by neurologist Alan R. Hirsch, nostalgia is one of the most potent means of improving mood. That is precisely what you can use as a powerful marketing tool. Whether joy, pride, inner peace or negative feelings: you have to cause emotions in your audience.

And finally, your animation video needs a call to action. Even if your campaign is primarily about increasing brand awareness, you need to get your target audience to engage. Even a small request to work is worthwhile, such as visiting your website or subscribing to your social media channels.

Of course, animations can also be used effectively with other marketing content, not just as a classic video. Email marketing managers are always looking for ways to make their emails stand out in the mailbox. The readership should be made to click on the email and ideally read it in full. Place your animation at the top of the email or newsletter. That may be enough to surprise readers, arouse their interest and persuade them to continue reading. In 2018, 56.6% of email marketing professionals said they at least sometimes used animation in their email campaigns.

Since most email programs do not support video content, GIFs are particularly popular in email marketing. Animated GIFs create fun or stimulating effect that is not possible with a static design.

For which industries are animations suitable?

The popularity of animations goes far beyond a particular industry. Animations play an essential role in education, marketing, advertising, architecture and technology, in simulations, in sales and many other areas. New trends are emerging, and popular animation styles are continually changing, but methods that are in vogue are often used across industries.

In 2019, for example, seamless transitions prevailed in many industries. This form of classic animation creates the illusion of a smoother video experience. This technique is popular among other things in commercials. For example, take a look at this clip from Coca-Cola that uses seamless transitions to underline the message that Coca-Cola brings people together through an invisible connection:

Virtual Reality (VR) and Augmented Reality (AR) are other trends that will prevail in many industries. Users of Snapchat, Instagram and Facebook, are already familiar with AR. Marketing professionals can now create their AR filters on social media, but the technology can also be used in video campaigns. A prime example of AR in a marketing campaign is John Lewis’ 2019 Christmas spot, in which Edgar the Excitable, an enthusiastic, animated dragon, unintentionally creates chaos in the people’s village:

This commercial not only impressively shows how AR is used correctly but is also an example of the emotional impact that a marketing animation can achieve. Augmented Reality is one of the types of animation that can be used profitably in various industries, from social media to retail.

In 5 steps to a successful animation

Animations are time-consuming. Those who are new to it often do not estimate how long it takes to learn specific programs, especially 3D software. Even with experience, a different amount of time and effort is required for each video. Sometimes newcomers start with the actual animation without a real plan. But the more detailed the storyboard is, the smoother the animation process runs afterwards. There are no shortcuts. Ideally, do the following:

At the beginning of every animation, there is an idea from which a complete text is developed. Before you start writing the script, you should be clear about the details: what is shown in the video? What is my key message? How do I reach the target group?

The following structure has proven itself: a convincing intro (the hanger), a central part with the critical information and finally an appealing but straightforward ending with a clear message.

A storyboard is the core of a successful animation. The storyboard is a kind of comic, but you don’t have to be artistically talented. The point is to get an idea of ​​the script’s visual flow, including setting, character development and camera perspective.

At this step, you should already have a clear idea of ​​the animation style you want. 2D animations, whiteboards, writing and infographics are suitable for beginners. Smooth 3D animations require more experience and skill.

When the animation is ready, it is time for the sound: background music, voiceover or sound effects. Keep an eye on the time when recording the audio elements. Music and voiceover must be registered at precisely the right moment so that they match the animation. When using music, be careful not to violate any usage rights. When in doubt, use public domain music.

This Airbnb commercial is also understood without sound, but the voiceover enhances the desired effect.

As soon as everything is in the box, editing begins. For example, add animated texts, change gestures and coordinate sound and image. This is how your animation gets the finishing touch.

Animations have long been an essential form of entertainment – and in my view, now is the right time to use animations to make the most of your marketing campaigns. The love for cartoons that develops in childhood also accompanies us in adulthood. By building marketing campaigns on the relationship we have developed with animation over the years, we can increase user engagement and brand awareness far beyond what is usual and create new, innovative relationships with customers.

There are no limits to the ideas. But sometimes the most uncomplicated animations are the best. Just think of SpongeBob SquarePants, The Simpsons, and Peppa Wutz – more elaborate does not necessarily mean more popular.