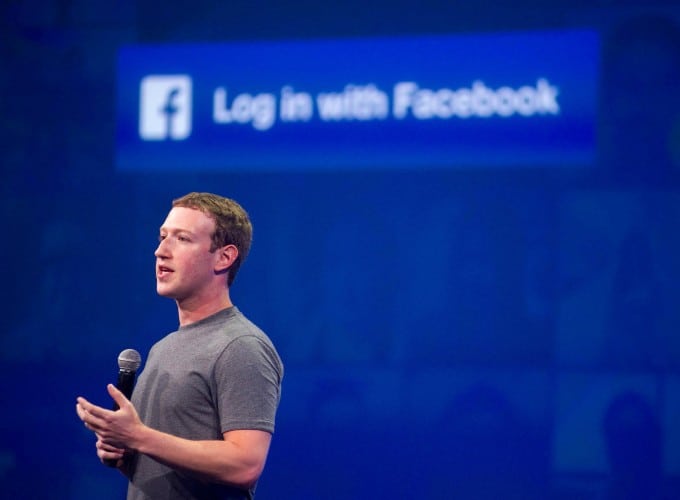 In the corona crisis, Facebook shows how well it can deal with fake news. CEO Mark Zuckerberg just has to want it. For him it is now about human life, no longer about freedom of expression.

Particularly the lie with the bleaching agent is Mark Zuckerberg remained in my memory. He knows her from Facebook, his network. The myth is that Corona infected people should drink bleach, more precisely: chlorine dioxide mixed with citric acid. This kills the virus, say confused people like Jordan Sather. And along with the stupid who drinks it, says the American drug agency. For Sather, on the other hand, bleach is an essential ingredient in his “miracle mineral solution.” Three drops a day, and the coronavirus disappears, he says. His many followers are enthusiastic. They thank him for staying steadfast when the media and authorities point out the danger of his recipe.

This is what fake news looks like at its worst. They endanger human lives. “This is hideous,” says Zuckerberg in a telephone connection with selected media. Like millions of others, the Facebook boss is sitting in his home office in California these days so as not to get infected and to be a good role model for his employees. Fake news is nothing new for Zuckerberg. His network is full of it. Ideologists of every streak spread the crudest theories with him. Zuckerberg has often been relaxed in the past when citizens asked him to clear the crap. Not possible because of freedom of expression, Zuckerberg always said. Who should decide what is crap and what is not?

At Corona, Zuckerberg doesn’t say that. Now it’s about human lives; now the crap should go. “Even in a society like the American, where freedom of expression has a special place, there is a precedent that people don’t just fire!” be allowed to call in a room full of people,” says Zuckerberg. “It’s like spreading dangerous misinformation during an epidemic.”

So Facebook is giving away advertising space to the World Health Agency, as many as it wants. The same applies to Instagram, which belongs to Facebook. If the authority says that a message is a nonsense, Facebook will delete it. Just because. “We don’t allow content that creates an immediate danger or risk,” says Zuckerberg. If you search for the coronavirus on Facebook, you are immediately referred to reputable sources. A “corona information center” explains to each user what is right and what is not. Facebook prohibits advertising, promoting the wrong medication against Corona. Protective masks can no longer be advertised on Facebook. All hashtags, including false reports, are blocked on Instagram launched. The freedom to tell nonsense has been abolished. The timelines have been cleaned.

It’s not just Facebook that does this. Other platforms are fighting false reports like never before, for example, Google. Anyone looking for a “coronavirus” will find it difficult to spot fake news. Information from authorities and reputable media is listed page by page. The algorithms do what they have never done before: they suppress nonsense. Something similar happens on YouTube, which belongs to Google. Even those who get lost on “Astro TV,” a hocus-pocus channel where Corona is interpreted according to the stars, will immediately see a link from the Federal Ministry of Health. On Twitter, users see a large logo in their search function: “News about the Covid 19 situation in Germany”. If you click on it, you will find information from the authorities and articles from quality media.

Zuckerberg: “This is a different league.”

Why is it suddenly so easy for Facebook during a virus pandemic, against fake news to proceed? Why has it been so challenging to suppress political lies in the past? “These are different cases,” says Zuckerberg. “We always had the rule that we don’t allow physical . This is the cornerstone of our approach to hate speech and violence. In this pandemic, we experience deceptions that encourage people not to be treated. This is a different league than the back and forth between before an election. There are also trustworthy authorities here that are recognized by people from across society and that uncover false reports and conspiracy theories. It’s a very different dynamic than trying to be a referee in politics,” says Zuckerberg.

A message from this week showed that this separation between health issues and politics is fluid. The European Union registered a Russian fake news campaign on Corona in Germany, Italy, Spain, and France. The European External Action Service wrote it down in a nine-page document available to news agencies. It speaks of a “significant disinformation campaign by Russian state media and Kremlin-related platforms.” “The overarching goal of Kremlin disinformation is to worsen the public health crisis in western countries,” it says. The Foreign Service has had eighty cases since January 22, in which false reports have been launched from Russia. Iranian claims were spread, the virus is an American biological weapon. The Kremlin denied everything.

There are many false positives these days. It is not America who has to blame for anti-Semites, but a Jew. A document is somehow bent. At some point, the fund of George Soros, who came from a Jewish family, had shares in a pharmaceutical company that operates in Wuhan, China, at number 666. That’s enough for the confused. Others refer to the psychological thriller “The Eyes of Darkness,” a book by the American writer Dean Koontz from 1981. He described the outbreak of a Russian biological weapon virus called “Gorki-400”. When the Cold War ended in 1989, the book was rewritten for marketing reasons. Now the virus was called “Wuhan-400”. That is why photos of this book page are being distributed, coupled with quotes from a completely different book, according to which some virus will break out in 2020. Conclusion:

The stupidest conspiracy theory comes from Pegida founder Lutz Bachmann. He says the government is lying if it calls the coronavirus “novel.” His proof: older disinfection bottles say that they work against coronaviruses. Bachmann made a sharp combination: Coronaviruses have been known to humans since the 1960s. Only the Sars-CoV-2 is new.