You are here: Home / Blogging / The creeping death of the Internet as something special 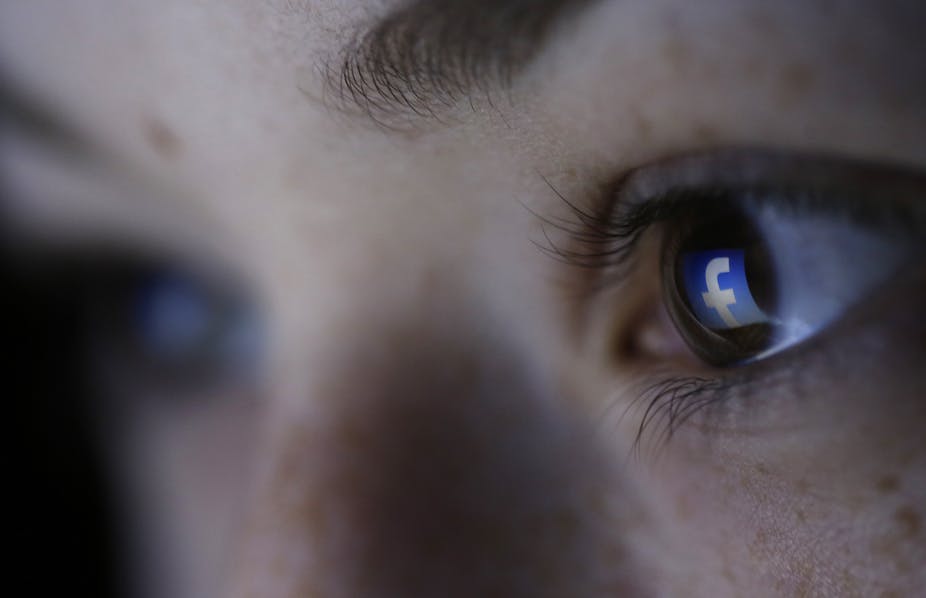 Can the rules of the physical world be transferred to the Internet? The 90s Internet enthusiasm is dead as a mouse – and with it the thesis of the Internet as something special, at least in its extreme form.

The natural habitat of Native Americans in California’s academic elite. The network was therefore not created in a vacuum, but contains a lot of “California ideology “. In the 1990s, the British social scientists Richard Barbrook and Andy Cameron critically described the mixture of the hippies’ belief in freedom with the idea in technical progress and free markets. In this concept, the Internet was perfectly integrated into the then prevailing western historiography: it was an instrument to distribute the “final state” of humanity – democracy, human rights and capitalism – worldwide as quickly as possible.

But this “end of history”, as the US political scientist Francis Fukuyama called it at the time, did not materialize. The triad of democracy, human rights and capitalism has not triumphed – the world’s largest economy, China, will do well without democracy and human rights for the time being. And even in the established democracies of the West, more than 30 years after the invention of the World Wide Web and more than 50 years after the beginnings of the Internet, things have faltered – quite a few claim, also because of the Internet.

And yet the Californian ideology remains alive in various forms – including the giants of the Internet such as Google and Facebook. The universal networking of people via the Internet has had a very different effect than the early apologists of free networks had hoped for.

So have the values ​​of the “natives” of the network prevailed through the global power of the GAFA corporations (Google, Amazon, Facebook and Apple) – or has the rest of humanity domesticated the system and subjected it to its own mainstream rules? The answer is probably: Both have influenced each other – and changed in the process. Much of what early apologists for social change through the Internet had already written in the Cluetrain Manifesto in 1999 was farsighted – otherwise, it was naive at best.

The failed declaration of independence of cyberspace

In any case, out of fashion in the year 30 since the beginning of the WWW, a central view of many digital natives from the early days of the web: At the meeting of the political and business elite in Davos in February 1996, the civil rights activist and songwriter of the rock band Grateful Dead announced John Perry Barlow, still the declaration of independence of cyberspace. “Governments of the industrial world, you weary giants of flesh and steel, I come from cyberspace, the new home of the spirit”, began his statement, which was read at the time, slightly pathetically. “As a representative of the future, I ask you from the past to leave us alone. You are not welcome among us. You have no sovereignty where we gather. “

The message was clear and still resonates today when politicians speak again of the fact that the Internet “must not be a legal space” – which it never was. Barlow’s libertarian idea: The decentralized structure of the Internet creates a mysterious sphere, which therefore requires its own rules. States have nothing to report here. Today, the thesis of the sovereignty of the Internet through non-governmentality can be regarded as refuted.

The idea that the Internet forms a new, independent, sovereign space that remains independent of state influence and has to set its own rules was the most extreme form of what is called Internet Exceptionalism, especially among US lawyers: it is the thesis that the Internet is something special that cannot be grasped and regulated by the legal rules of the physical world.

The less extreme variant of this position was considered mainstream in the 1990s: the Internet, especially the popular view in the United States, was only too complicated with its decentralized and global structure to be effectively regulated. In 1998, the then US President Bill Clinton scoffed: “There is no question that China is trying to control the Internet – good luck with it.” That is about as promising as trying to nail a jelly on the wall. Clinton was wrong – China’s authoritarian government is mostly in control of the Internet today.

Of course, with the Darknet, there is a sphere of the Internet that is still mainly beyond regulation to this day. But it remains a small niche that is insignificant compared to the mainstream Internet. In addition to dissidents, it is primarily the virtual space of criminals, just as there have always been illegal meeting points and communication spaces for criminal structures. But even the Darknet has lost its myth as an uncontrollable and uncensorable network – authorities are increasingly succeeding in successfully tackling illegal Darknet shops. Conventional methods of investigation are sufficient.

So is the thesis of internet exceptionalism dead? At least in the extreme form of the Internet sovereignty claimed by Barlow in 1996, the US lawyers Berin Szoka and Adam Marcus wrote in 2011 in their essay “Is Internet Exceptionalism Dead? “And mainly referred to China. “The jelly was somehow nailed to the wall.” Nine years later, there are numerous reports from China that the state is now taking massive action against VPN services that were still common a few years ago, effectively combating censorship avoidance measures that are common among academics.

The inability to govern the network has so far proved to be wrong. But doesn’t the Internet, as a gigantic copying machine, have its dynamic that ultimately has an impact on legislation? Doesn’t copyright, for example, have to adapt to the dynamics of the Internet instead of governments trying to apply the old rules of the 19th century to the Internet?

“Instead of democracy brought [the Internet] manipulation, instead of freedom of expression fake news.”

Here, too, the EU directive passed in 2019 on a reform of copyright law points in the other direction. Instead, the rules are being tightened, and internet platforms are required to enforce them with high penalties. Network activists fear the destruction of Internet culture, which is characterized, for example, by memes, which are mainly based on copyrighted images.

The digital journalist Per Strömbeck also spoke of the end of internet exceptionalism in 2017. The decline of the idea of ​​the Internet as something special, which requires special rules, was accompanied by a rapid loss of the image of the network. The Internet, wrote Strömbeck, “Apparently it wasn’t that special after all. Instead of democracy, it brought election manipulation, instead of freedom of expression fake news. Not pluralism, but a monoculture. Not quality, but algorithm idiocracy. No grassroots movement, but skyscrapers. “

In particular, network activists such as the pirate parties in Europe, which were only successful for a short time, warned against total surveillance if the states tried to transfer their old rules of copyright and copyright to the Internet. “The surveillance state came,” wrote Strömbeck, “but not through copyright, but Internet companies. The pirates bet on the wrong horse. Hollywood didn’t destroy the Internet; it was Silicon Valley.” And what would an unregulated Internet mean in the age of the GAFA economy? But above all, a network that is governed by Google, Amazon and Facebook.

One of the last fronts of the Californian ideology, the big tech companies are still maintaining against pressure from governments around the world: encrypted private communication on the Internet, which is beyond the reach of secret services. The tech companies have so far refused to accept any demands, in particular by the US government under President Donald Trump, for the installation of back doors – also with the legitimate indication that a back door can not only be used by those for whom it is intended.

And the last word does not seem to have been spoken on the issue of copyright either. As soon as politicians advance into power positions that have grown up on the Internet, it seems likely that they will show more understanding of the dynamics of the Internet, in which everyone can quickly become the victim of an expensive warning because he or she takes a photo on Facebook Splits.

Where not only Wolfgang Schäuble is wrong

It is also noticeable that established politics seems to deal with Internet exceptionalism quite arbitrarily, as Sascha Lobo did in 2013 at  Spiegel stated: The Internet is always something special when it fits into your schedule. “A measure such as data retention can only be imagined without blushing under the rule of law if you look at the network as something completely different,” wrote Lobo. “If someone in the non-digital world would propose precautionary monitoring storage of all connection data of the entire population without any reason – intimate letters, conversations with colleagues, read newspaper articles, books and so on – the politician in question would be tarred and feathered in the media or even transferred to the CSU. “That parts of the established political, in particular from the CDU, CSU and SPD, are thus in a certain sense in the tradition of the radical network thinker like Barlow from the 1990s,

A recent example of this came recently from the debate warmed up by Bundestag President Wolfgang Schäuble (CDU) about an obligation to use a real name on the Internet. “The rules and values ​​that apply in the analog world must also apply in the digital world. Anonymity doesn’t go well with this,” Schäuble was quoted by the media – without realizing that he contradicted himself. Because the call for duty that no one in Germany can leave the house without a full name on the forehead would be unthinkable even for the most conservative domestic politicians in Germany.

However, if the ideology of freedom linked to the Internet wants to regain its upper water, the Internet itself has to come closer to the ideals that the natives of the network once represented. A decentrally organized system that is not dominated by any company, that allows free communication and that, by its structure alone, has a character that questions authority. This ideology is still inherent in Technology itself. This can be seen, for example, when users find creative ways to escape state or other surveillance: Hong Kong demonstrators who communicate via Tinder or children who survive parental control by using chat from Clash of Clans use.

The US lawyers Szoka and Marcus compare in their essay “Is Internet Exceptionalism Dead? “Internet exceptionalism with American exceptionalism. And just as the USA broke the pattern that democratically organized republics have historically fallen back into dictatorships, the Internet could also cut the design according to which once open information networks, like in the early days, radio with the commercialization and greater maturity of the Technology to become closed networks with few dominant players.

What will be decisive, however, is what we – the users – will do with the Technology in the future. Do we spend more and more time on internet silos from Tiktok to Snapchat or do we use the structures of the open web more like our blogs?