You are here: Home / Google / How fake news about the new corona virus spread in social media 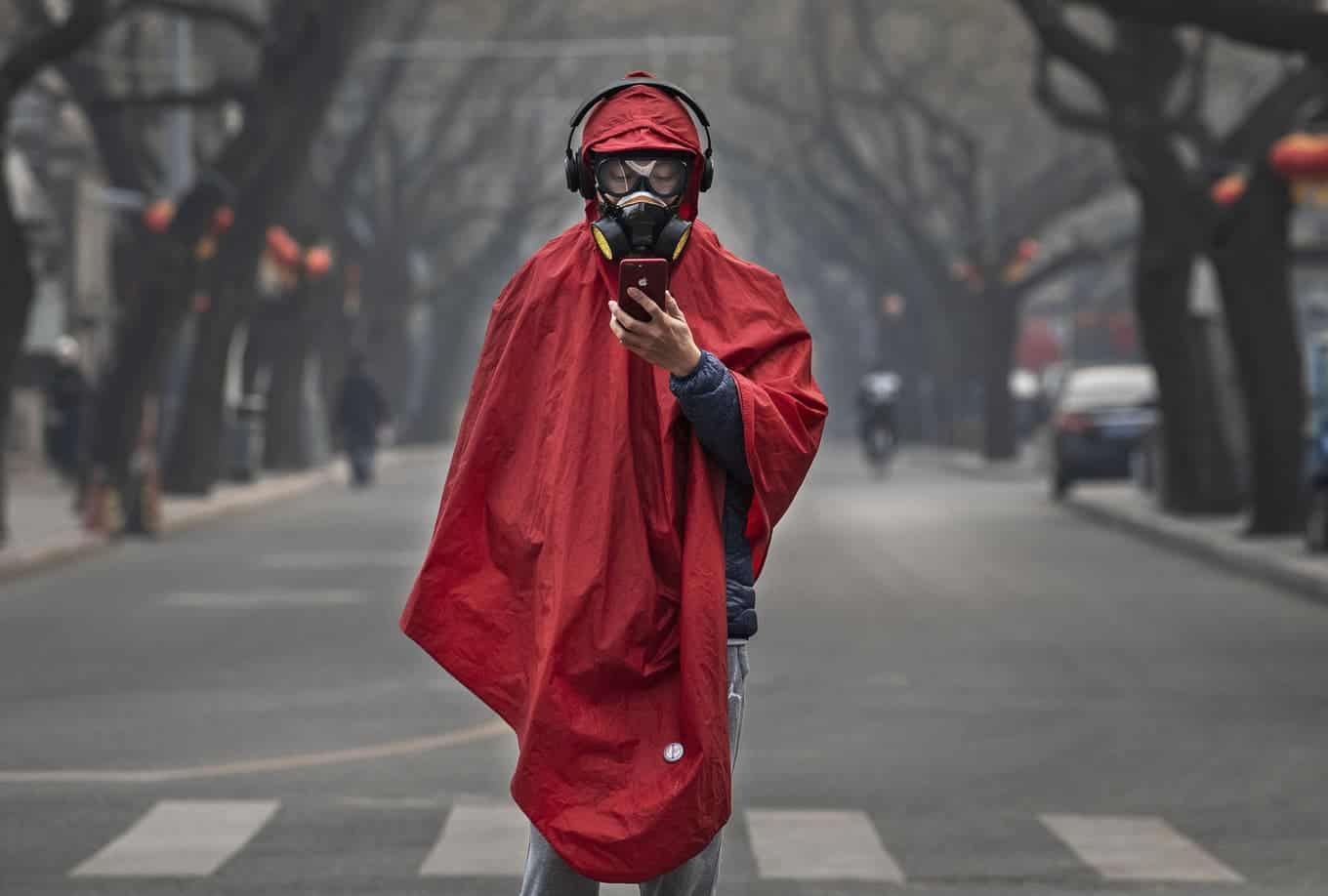 With the daily news reports about the spread of the disease and the increasing deaths, users consciously and unconsciously spread false stories and crude theories about the virus. We’ve put together some of the most shared fake news.

In Beijing, a resident wears a protective cape and gas mask against the coronavirus. News of the virus is spreading rapidly.

While more than 177 people have already died from the coronavirus and the number of confirmed infections worldwide has risen to over 7,500, government agencies are warning of false reports about the coronavirus that are spreading on social networks. The Ministry of Health in Malaysia now wants to publish a list of stories that have been exposed as false. Singapore is applying its controversial fake news law to stop illegal claims.

Internet users who consciously or subconsciously share fake news include conspiracy theorists who use the flood of communication to spread their crude theories. The majority of these false reports are spreading rapidly via social networks such as Twitter, Facebook and Youtube. To these platforms come dubious websites and blogs that want to generate reach with fake news and often follow an agenda.

Commonly reported hoaxes and theories related to the coronavirus:

Someone has long patented the coronavirus

Google Patent Search has multiple entries for patents on a coronavirus. Conspiracy theorists conclude that the virus was produced in a laboratory years ago and has now been released to trigger a pandemic. What is true: there are several patent numbers on coronaviruses that are publicly available. Like the debunking website, Mimikama coronaviruses are a family of viruses that include the Sars and Mers pathogens and several viruses that cause animal diseases. The assumption that there is only one coronavirus is therefore incorrect. A weakened version of a coronavirus has also been patented. The patent also shows that these weakened viruses are used, among other things, for vaccines to tune the immune system in this way to infections. The current virus released in China is called 2019-nCoV. There is currently no vaccination against it.

The false conclusion based on the patent has been circulated, among other things, in Facebook groups of vaccination opponents who claim that the U.S. government is behind the virus to force more people to be vaccinated. Facebook works with independent fact-checkers and has such posts checked. Anyone who calls up such posts also receives a warning that this is a false report.

Bill Gates and a U.S. agency are behind the coronavirus

Also based on anti-vaccinee circles and supporters of the so-called QAnon movement, a right-wing conspiracy group from the United States, the rumour has spread that the billionaire Bill Gates is behind the coronavirus. This conspiracy theory is also related to the patent mentioned above. This was registered in 2015 by the Pirbright Institute based in England. This specializes in viral diseases. QAnon supporters refer to the fact that the institute works with the Bill and Melinda Gates Foundation, which supports disease control worldwide.

In addition to the Gates Foundation, the English research institute is also supported by the World Health Organization and the European Commission. Bill Gates is regularly targeted by conspiracy theorists, especially when it comes to vaccination theories. So he was “exposed” for the zika virus as a suspected cause. A spokesman for the Pirbright Institute also said that Gates had nothing to do with the 2015 patent. The Bill Gates theory was spread, among other things, by the right fake news site Infowars.com.

A viral Facebook post also circulated, in which the U.S. health agency CDC is held responsible for the virus. The authority also applied for a virus patent in 2004. Some Internet users conclude that the government has an interest in spreading the virus worldwide.

Fireworks, garlic and salt as an “antidote.”

Some bizarre popular wisdom was circulating on Chinese social networks about how to protect yourself from infection or even cure yourself. For example, a post on the popular Weibo platform claimed that fireworks or cigarette smoke disinfected the air. The netizens had shared the job so often that the censors now took it off the platforms and the state media refuted the myth with facts. Some self-proclaimed healers also suggested dripping sesame oil into their nostrils or eating raw garlic to avoid contracting the new lung disease.

Other contents on Facebook, Twitter, and Weibo are asking readers to rinse their mouths with a saline solution that would kill the virus, citing a leading Sars expert from China. At the request of AFP, the WHO said there was no scientific evidence for this. Facebook has now signalled the post as false information.

How can you protect yourself against infection? The WHO recommends washing your hands regularly with soap or disinfecting them and keeping your distance from people who cough or have a fever. If markets are visited, one should avoid contact with live animals. In general, you should cook your food well, especially animal products.

As the Buzzfeednews portal has already listed, several incorrect information about the virus is spreading on social networks. Especially when it comes to the names of fatalities and infections, dubious sides mention incredibly high amounts of cases to stir up panic. At times there was talk of more than 100,000 deaths. This number is wrong. According to Tuesday’s official figures, at least 177 deaths have been confirmed in China.

Users distribute photos and videos that are taken out of context and share fabricated claims, for example, that sick people in China would tip over on the street or that there is a healing method that the government deliberately withholds. The origin of many of these fake news can be found on imageboards such as 9Gag and 4chan. However, China’s state media has already spread a picture of an alleged hospital that turned out to be wrong. The big tech groups Facebook, Google and Twitter, are currently facing the challenge of preventing the spread of fake news.