You are here: Home / News / Why the Iranian government is following Instagrammer 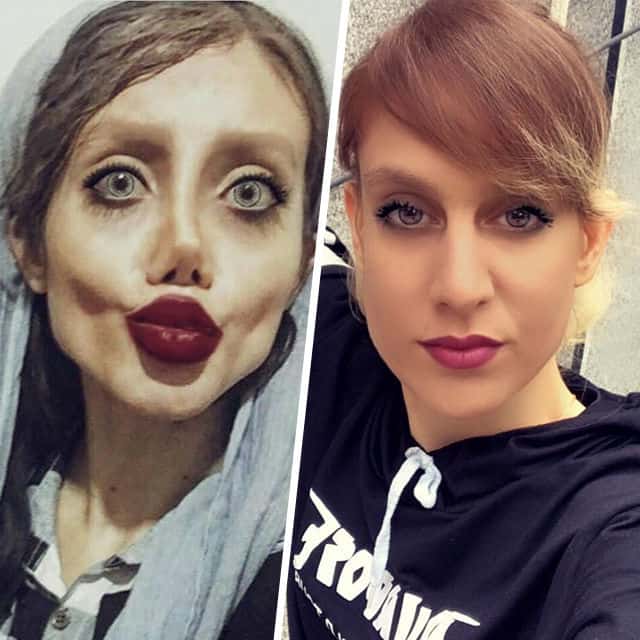 Four Instagram stars were arrested earlier this year. What that means for the young protest in Iran.

A young woman shuffles across the floor with her new sneakers, tank top and platinum blonde hair to electronic music. It is not clear whether she is dancing on a roof or in a courtyard. After a few seconds, she holds a poster in the camera: a poster by Iranian President Hassan Rouhani. The face of the young woman cannot be seen on the video, but it is probably the 26-year-old dancer Sahra Afsharian. Afsharian was arrested after the video was released last week. Your account, which had over 95,000 followers, was set up privately.

Arrested for posting on Instagram – the dancer is not an isolated case. Iran has estimated to have arrested several dozen Instagrammers in 2019, reports Jasmin Ramsey. She is the communications director of the Center for Human Rights in Iran based in New York (“Center for Human Rights in Iran”). This independent organization, with the help of whistleblowers in Iran, reports on human rights violations in the country. It is located abroad because civil law NGOs are not allowed to work freely in Iran. Four arrests of female Instagramers have been reported in the past week. Among them are two other dancers and the influencer Sahar Tabar, who became known for her grotesque pictures on Instagram as “Zombie Version” by Angelina Jolie.

According to the “Center for Human Rights in Iran”, athletes, actors and models were also summoned by the Iranian authorities, and some were charged. To protect those affected, Jasmin Ramsey may not disclose any names or other information. Kickboxer Shabnam Shahrokhi explains on Instagram that she posts less because “being sincere can be viewed as a crime that results in a three-month to the two-year sentence”.

Women took off their headscarves on the street, took photos and filmed themselves

The arrests are justified with “immoral behavior” that violates Sharia law. The term “Sharia” includes all moral and moral codes, such as the prohibition of alcohol consumption and public dancing. Women also have to wear headscarves and are not allowed to sing publicly. Since the Islamic Revolution in 1979, Iran has been an Islamic state of God according to the constitution and has the Sharia as the sole source of jurisprudence.

The recent arrests and the government’s repressive stance are “a way to put pressure on and scare young people,” says women’s activist Masih Alinejad on the phone. She lived in exile in the USA and founded the protest movements “white Wednesday” and “secret freedom” in 2014, She posted old pictures of herself on Facebook, in which she takes off her headscarf at various locations in Iran. Alinejad asked if other women also had such views and triggered a feminist wave. Women took off their hijabs on the street, took photos and films, and then uploaded the videos to social networks. Through these protests, Masih Alinejad has now gained three million followers on Instagram, more than the Iranian president.

What young people have previously done behind closed doors can now be shown to the public via social media. “Iran’s government wants to impose a stunning lifestyle on the people. But on Instagram, you can see the daily civil disobedience of young people who choose their lifestyle,” said Alinejad. Nowhere is it more evident than on Instagram that social networks are a platform for the rebellion of young Iranians against the regime: while on national television women have only been shown in black body cover for 40 years, young Iranians can be seen on Instagram colours. Hashtags like #DancingIsNotACrime, #WhiteWednesday or #MyCameraIsMyWeapon made the posts increasingly government-critical. And: The whole world can watch

“The Iranian government has lost the fight. We only see Iran on the world map. But in truth we have two. One in the official media in the country, one in the social media,” emphasizes Alinejad. Iranian officials recognize the power of social media and want to control it. But every time they force someone to close one account, another pops up. With their success, Instagrammers prove that many people in the country want to see a change.

In addition to the Sharia law, which also prohibits dancing and singing on Instagram, there seems to be another reason for the actions of the Iranian authorities: offended pride. In April, US President Donald Trump classified the Iranian Revolutionary Guard as a “terrorist organization”. This guards, among other things, compliance with Sharia law and is considered a moral police in Iran. As part of Trump’s U.S. sanctions, Instagram blocked the accounts of several members of the Revolutionary Guard. Since then, Alinejad says the government has been putting more pressure on Instagramers, especially young women, to demonstrate control. However, the women’s activist believes in a change in the country: “Iran is in a severe crisis.

The U.S.’s maximum pressure on Iran will work in addition to the Sharia law, which also prohibits dancing and singing on Instagram, there seems to be another reason for the actions of the Iranian authorities: offended pride. In April, US President Donald Trump classified the Iranian Revolutionary Guard as a “terrorist organization”. This guards, among other things, compliance with Sharia law and is considered a moral police in Iran. In the wake of Trump’s U.S. sanctionsInstagram blocked the accounts of several members of the Revolutionary Guard. Since then, Alinejad says the government has been putting more pressure on Instagramers, especially young women, to demonstrate control. However, the women’s activist believes in a change in the country: “Iran is in a severe crisis. The maximum pressure from the United States on Iran will work, just like the maximum pressure from FIFA on Iran will do: women can now watch the stadiums to watch football.

It is unclear whether this pressure will affect. Facebook, Telegram and Twitter have been banned in recent years. The Iranian government’s conservative and reform-minded forces are currently debating a ban on Instagram. The platform was initially apolitical. Young people took photos and had fun. They ignored the political events. But Instagram has changed. It became the only popular western social media app used by millions of Iranians every day. “The press is talking about a possible war in Iran,” says Masih Alinejad, “but let’s be honest. You don’t wear a headscarf when you are seven? Then you are a criminal. When you dance, you are a criminal. If you go for a walk with a dog, you are a criminal. When you post a video are you criminal You will be punished and arrested. This is war.” Iran’s young generation has attracted attention with the help of Instagram. It is questionable how long they will have this remedy.