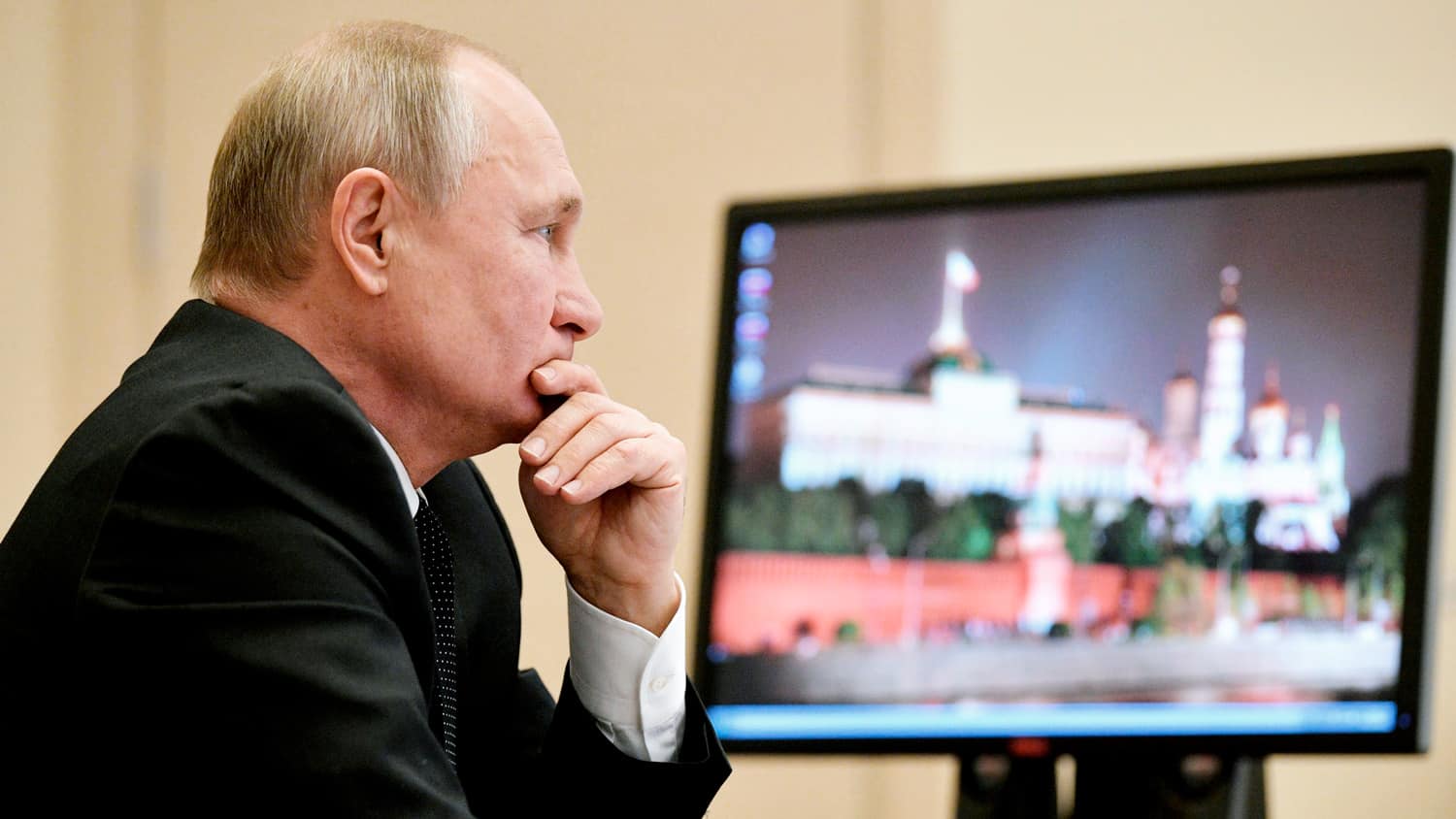 Many employees know this: the operating system, in many cases Windows, is significantly older on the company computer than on the private network. And sometimes a version of Windows is so old that Microsoft has already stopped supporting it.

Vladimir Putin is obviously in this situation too. As the Russian news portal Open Media reports, the Russian president is still using the heavily outdated version XP on his workstations, for which Microsoft discontinued support almost six years ago. XP was first launched in 2001. Windows XP is now extremely vulnerable to hacker attacks because it has long been out of date.

Many institutions in the West still use XP. The vulnerability of the system was demonstrated by the worldwide hacker attack with the “Wannacry” ransomware in 2017. Back then, among other things, British hospitals that still ran on XP and Deutsche Bahn computers were paralyzed.

Open Media derives its knowledge from photos that the Kremlin press service posted on its website a few weeks ago. They show Putin at a conference call in his office in Novo-Ogarjowo near Moscow, and the director of the Russian central bank Elwira Nabiullina at a meeting with Putin in the Kremlin. A computer screen can be seen on both recordings, which suggests that the associated PC is running Windows XP. The same screen saver that shows the Kremlin is installed on both computers.

Mikhail Klimaryov, managing director of the Russian NGO Internet Protection Society, which works for an Internet without censorship, has confirmed that the operating systems on Putin’s computers are Windows XP, Open Media continues.

Windows XP only installed on 1.3 per cent of all PCs

Microsoft officially discontinued support for XP and introduced security updates for the operating system in April 2014. To avoid the worst failures and most dangerous hacker attacks, the software manufacturer only occasionally provides security updates for the operating system, albeit much less frequently than for current versions. This was last the case in May 2019.

After the introduction of Windows XP, a whole series of other versions followed over the past 18 years, including Windows Vista, Windows 7, Windows 8 and most recently Windows 10 in July 2015. Currently, XP is only supposed to be installed at 1.3 per cent of all running PCs worldwide.

A dispute has now flared up in IT forums: is the analysis of open media correct? Is it Windows XP? Or is it Windows 7 with a “nostalgic” user interface that looks like XP? A unique adaptation of Astra Linux? Or has the Kremlin deliberately scattered the pictures to confuse its enemies and make its IT look old-fashioned than it is?

Philip Ingram, IT expert and former British intelligence officer, brings this possibility into play in Forbes magazine: “The question is why the Russians want to make it clear that their computers supposedly use an operating system that is poorly protected. In the end, we don’t know whether it is so. “

According to Klimarov, Putin is denied the use of newer versions of Windows than XP because they have not been certified by the Federal Service for Technology and Export Control (FSTEC), which reports to the Ministry of Defense. Without the certificate of the authority, operating systems in Russia cannot be installed on the computers of civil servants who deal with security-related processes. Windows XP was the last Microsoft operating system to receive this certificate from FSTEC, as evidenced by documents on the Department of Defense’s export control that are freely available on the Internet.

The background to this is the Russian state’s plan to ban all Microsoft and Apple software from all state authorities and strategically important companies by 2030 at the latest. Instead, they should use their Russian operating system Astra Linux, a unique adaptation of the open-source operating system Linux.

But the computers of the presidential administration have not yet been equipped with the domestic operating system. Even though the Linux plans have been known since 2015. FSTEC approved Astra Linux, the Security Council of the Russian Federation and the Ministry of Defense last May to work with documents to the highest level of confidentiality.

The reason is simple: As shown by a report in the daily newspaper has 2,018 Kommersant became known, Astra Linux was the demands of the Kremlin not yet meet. That is why the introduction of the system has been postponed to 2020.

However, Open Media doubts whether Astra Linux will replace the Windows XP dinosaur software on the Kremlin’s PCs next year. The news portal has so far not been able to find a corresponding call for tenders from the responsible presidential authority on the website of public procurement in Russia.

But even if the President of Russia should continue to work with Windows XP for a long time, this may not pose a significant security problem. Putin repeatedly stresses that he practically does not use the Internet. Those who are not connected to the Internet can only be hacked with excessive effort, for example, by hackers gaining physical access to their computers. In February 2018, Putin also indicated that he did not have a smartphone, and his spokesman Dmitry Peskov even announced that Putin was not even using a regular cell phone. “The president of a country like Russia,” said Peskov, “shouldn’t publicly display all of his affairs.”

Russia has recently intensified its efforts to make itself independent of information technology and the Internet from abroad: In November, the Duma passed a law that from July 2020, smartphones and PCs in Russia may only be sold if Russian software Alternatives are preinstalled. On November 1, the country also launched a “sovereign internet”, the “Runet”. If in doubt, it should be possible to disconnect it from the Internet in the rest of the world. However, experts doubt whether this is technically possible at all.