You are here: Home / Digital Marketing / Those who are said dead live longer: What about Snapchat? 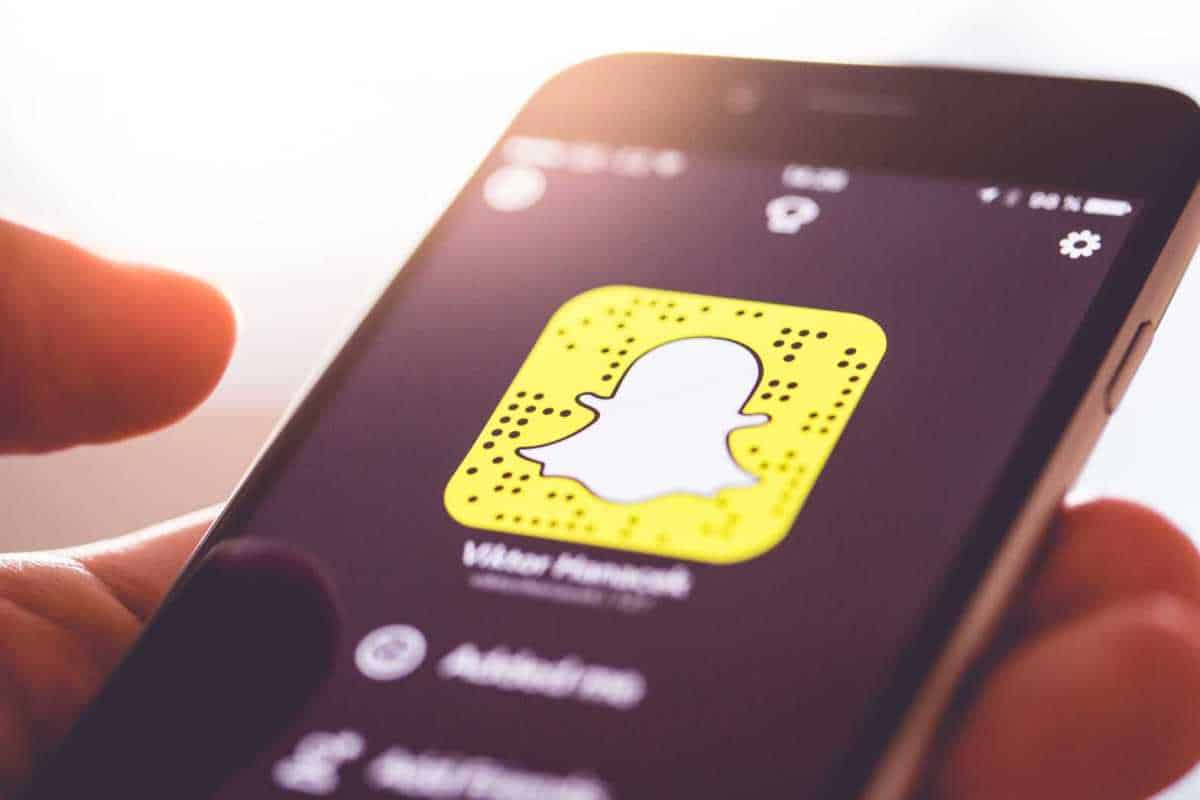 Snapchat was once a significant Facebook challenger. Then Mark Zuckerberg started the copier and cloned all successful formats. But what about the messenger with the little ghost in the logo today? Is the platform still worth it? An analysis.

Snapchat started in 2011 as a free instant messenger for pictures and videos with the ambitious goal of being different from the social networks that existed until then.

The significant innovation: Sent files were deleted after being viewed once. Stories shared with friends disappear on their own within 24 hours. While the internet forgets nothing, Snapchat suddenly did.

With this approach, the platform was able to create a stable user base quickly. From the beginning, the target group was mainly young users of Generation Z  – the first real digital and social natives. Older users often found the application to be somewhat confusing and less intuitive.

Snapchat: from a communication sensation to a low performer

The network has always seen itself more as a platform to be in contact with friends than as a network in which to gather followers.

With success: By 2015, the number of users increased significantly. At the end of the year, there were 100 million users for the first time. However, this development flattened again in 2016. In the last quarter, Snapchat’s user base grew by just under three per cent.

The apparent reason: In the meantime, Facebook started with Instagram Stories and continued to copy newly developed features of the platform. So, many users stayed on their usual channels instead of switching to Snapchat for new features.

The IPO at the beginning of 2017 did not necessarily bring great luck either. The app was still able to record increasing user numbers. In terms of percentages, however, these did not reach the past. The company also noted significant financial losses that caused the share price to plummet.

In January 2018, The Daily Beast published a comprehensive extract of internal data that was allegedly leaked by an employee. These showed usage figures for many Snapchat functions from 2017, which Snap Inc. would probably not have preferred to see online.

The number of users who post stories showed no growth. That was an even worse performance than Snapchat’s already small overall user growth.

A comprehensive relaunch, the separation of private and public content and the addressing of an older target group should bring the solution. The opposite was the case.

The redesign was not very well received, and the number of users declined for the first time in the company’s history. The first version of the Spectacles AR glasses also flopped. Snapchat has hardly had a positive development for two and a half years.

Snapchat has not necessarily returned from the ashes like the Phoenix. But with the end of the third quarter of 2019, at least the crisis now seems to be over.

At the beginning of the year, advertising revenue increased by 39 per cent compared to the previous year. The number of daily active users worldwide rose to 190 million, and in the second quarter, Snapchat broke the 200 million mark for the first time.

Snapchat is gearing up its troops

Newly released features such as the mobile video game platform, in-house productions and the Spectacles 3 launched in the summer are just a few examples of how to keep users on the platform and increase their engagement.

In September, Snapchat launched the 3D lens. This gives the pictures more realism. A cool tool for users and an exciting feature for brands and influencers to present products in a particularly vivid way.

Also in the last days of September, Snapchat announced a series of updates for video advertisers. Snap’s non-skippable commercials, which run for six seconds, have an interactive swipe-up function. The duration of all snap ads is extended to three minutes.

The hope behind it: Longer content generates more engagement. And the audience that is currently watching longer videos on the platform is growing. Snap reports that the number of viewers who watch selected editorial content and editorially created videos in the Discover area has increased by 35 per cent compared to the previous year.

Letting a bit of muscle play in the direction of the competition has been there in the last few months. In summer, Snap published its first global advertising campaign that focused on the core of the app: cultivating real friendships.

This was subliminally directed against Instagram and alluded to the deletion of numerous fake accounts.

Simultaneously with the release of many new features, the target group is again limited to a younger audience. According to their statements, 75 per cent of 13- to 34-year-olds in the USA use the app.

An action by pizza supplier Papa John’s shows that well-done Snapchat campaigns promise success. The company released an augmented reality lens on the platform. More than 25 per cent of the Snapchatter who used the AR lens then ordered a pizza using the swipe-up function.

The app is also increasingly used in German-speaking countries. The non-governmental organization Viva con Agua used Snapchat filters in the summer for a successful awareness campaign. Techniker Krankenkasse and Thyssen Krupp have been using the platform to address potential trainees for years.

Not every company can afford to offer sponsored AR lenses. They are the most expensive advertising format on the platform. Snap is convinced, however, that the biggest driver of sales in short to medium term is an increased number of active advertisers.

Since 2017, companies have been able to create and manage advertising formats for the platform in Ad Manager without the support of Snap. Below: simple snap ads, filters and geofilters. And in summer 2019, the entry hurdle for advertising on Snapchat fell again significantly.

Instant Create is available to all advertisers in the self-service ad manager. The tool simplifies the creation of Snapchat-specific advertising content and is intended to bring companies into the network that lack the time or resources to produce more expensive ads.

Many brands and companies have already recognized that it is no longer enough for a young target group to be only on Facebook. An Instagram account is a must anyway because to reach the social natives; you have to address them on their preferred platforms!

This also includes Snapchat. Anyone who deals with the functions of the app and above all communicates authentically, pays a lot for their brand.

In all likelihood, Snapchat will not go down in song and soundless. Instead, advertisers – if they have not already done so – should carefully examine the platform for their goals.

The young target group of Generation Z is gaining increasing purchasing power. Also, as various studies and surveys show, advertising in the form of moving images and interactive content is particularly inclined. This shows the most significant commitment.

As a result, the fastest growing brand awareness and the highest conversion can be seen. And that’s precisely what it should end up at.