You are here: Home / Digital Marketing / Get Twitter followers – grow fast with these tips! 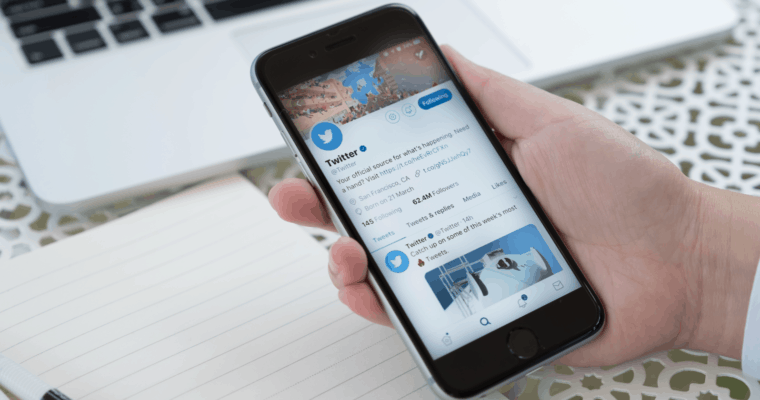 Getting Twitter followers sounds simple in theory, but in truth requires perseverance and a genuine interest in the platform AND its own target audience.

As on the many other social media platforms, you start as a company on Twitter at 0. But: with a little effort and interesting ‘tweets,’ it is quite possible to get more Twitter followers.

What tips and tricks there is on the ‘hunting’ for more followers on Twitter; otherwise, you can read here!

Compared to other social media channels, it is quite natural for companies on Twitter to build a decent number of followers.

The communication on Twitter is direct and straightforward. Followers can be added to one’s own ‘network’ in one click. Twitter for your own business has many advantages, as the strategies for getting more followers on Twitter are easy to implement – but require a lot of effort and stamina!

Set up your own profile professionally

The first step should always be to set up your personal profile on Twitter professionally.

In the latter, you can let off steam creatively. The main thing is that the users of the platform stick to your profile and quickly get an overview of what you are doing!

To create the profile or header image, I recommend the free software Canva – it could not be easier!

Defining your own niche

If you want to get more Twitter followers and grow into the ‘Thought Leader’ in your private industry, you should commit to YOUR sector before the first tweet and (initially) interact exclusively in this niche.

You have an online shop for wine? Then you should interact with potential wine buyers and answer their questions about wine!

You run a marketing agency? Then it’s about talking to the right users about the relevant marketing topics of the hour and delivering added value about linking related articles!

The danger: ‘Tweet’ as a company on too many different topics, created in the external perception is not a consistent picture. The own company is not perceived for the actual product or the personal service, but for everything possible. Something we really want to avoid!

An excellent way to discover existing conversations is the advanced search feature of Twitter. Simply enter the word or hashtag and in the discussions around the niche engage!

An easy way to draw attention to your own business or expertise – and get Twitter followers!

With so-called ‘hashtags’ you have the opportunity to increase the range of your tweets many times over.

However, a necessary prerequisite is to find the right hashtags first!

On the page https://hashtagify.me/, you can quickly see which hashtags are currently the most used and therefore most important to you.

If you want more followers on Twitter, do not be vain and just sit back!

Especially at the beginning of your own commitment to Twitter, we recommend that you follow as many relevant users as possible and thus draw attention to your personal profile.

Relevant users – followers from their own niche – can be found either via the hashtag search or when interacting with industry-relevant posts. In most cases, the profile quickly reveals which topics the user is increasingly interacting with.

So that your relationship of followers and’followed’ people does not diverge too much – that is also untrustworthy – you should at least once a day go through your ‘Follow Me’ list and unsubscribe people I have not ‘followed.’

For this we recommend:

To create memes and GIFs, visit https://imgflip.com/. With a little creativity, you can conjure up a funny, yet relevant meme or GIF within seconds and enter it into your own editorial plan . Of course you should not always post the same posts, but always shine with new content ideas and test new contribution formats!

Some influential, industry-related posts generate thousands of likes, re-tweets, and comments within hours. While beginners can only dream of these numbers, there is still a way to take advantage of this fact and get more followers on Twitter.

Simply open the comments below the respective post and start interacting with the users who have already commented under the separate post – and to make them aware of you and your profile!

Twitter allows you to create lists. This opportunity should be as a company necessarily use!

On the one hand, you can, for example, collect the industry leaders and interact with them in a purposeful and timely manner. On the other hand, with a list, you get the opportunity to receive your (potential) customers and strengthen the connection through targeted interactions.

The cool: you can also add users to your lists who are not (yet) following your company, but who would like to convince them of your content and win as followers!

Once you open the list, you’ll only see the tweets of the users who added them to the list.

Just at the beginning of your own marketing efforts, you only get to know about regular, tweeting ‘traction and relevance on Twitter. If you want to use Twitter for your own company, but do not want to be “Twittered” regularly, several times a day, it’s best to keep it the same, because ignoring this rule means that your own company will not be noticed within Twitter will.

The result: frustration and the legitimacy of what a company is actually looking for on Twitter.

If you do not find the time to regularly ‘Tweeten,’ but still want to be active on the channel, you may want to consider outsourcing your social media efforts holistically via a social media service.

Although there is no formula with which you, as a company, can create viral content. But: you can increase your chances of some tricks.

Depending on the industry are suitable for this purpose:

Those who want to get Twitter followers should not be stingy on the platform with the ‘re-tweets’ and regularly share the exciting content of other users in their own news feed. This is a good habit on Twitter!

Have you seen a post that would be relevant to your target audience? Then share it, even if it’s from a competitor!

So you not only provide added value to your followers but also ensure that more followers are added via this “compliment.”

Outside the platform, too, you can generate more Twitter followers!

Not only on the platform itself, but also outside the channel, you can get more Twitter followers.

By example. Of his email signature from link to its own Twitter channel. The amount of emails you send today as a company every day brings together a few potential Twitter followers.

Also, the company-owned business cards can undoubtedly think about the link to their own Twitter presence with the record.

And: who drives a holistic marketing strategy, can also link from his other, crucial social media platforms every now and then on his Twitter channel. Of course, this also applies to the opposite case!

Get Twitter followers – this is how you find your perfect way!

During your time on Twitter, the issue of ‘added value’ should always be in the foreground. Only if your company succeeds in delivering added value with its tweets will you be perceived by your target group as a relevant ‘Twitter company.’ Also happy about private messages, if appropriate!

It is always important to be a pulse of time and to build up your own interaction daily with the latest tweets and hashtags.

Most importantly, the best tweet in the world does not bother if you do not respond to user feedback and keep up the conversation with more tweets! Make sure you take the trouble to return to the answers of the users!

Once you’ve built your first base of followers, you can specifically extend your target audience with tweets on other topics.

However, it is also essential to be careful and to remain faithful to his line! It may be easy to get Twitter followers with these tips. But if your own commitment wears off and your own tweets lose their focus, the ‘unfollow’ if the user is just a click away!