You are here: Home / Digital Marketing / iPhone XR is the best-selling Smartphone in 2019 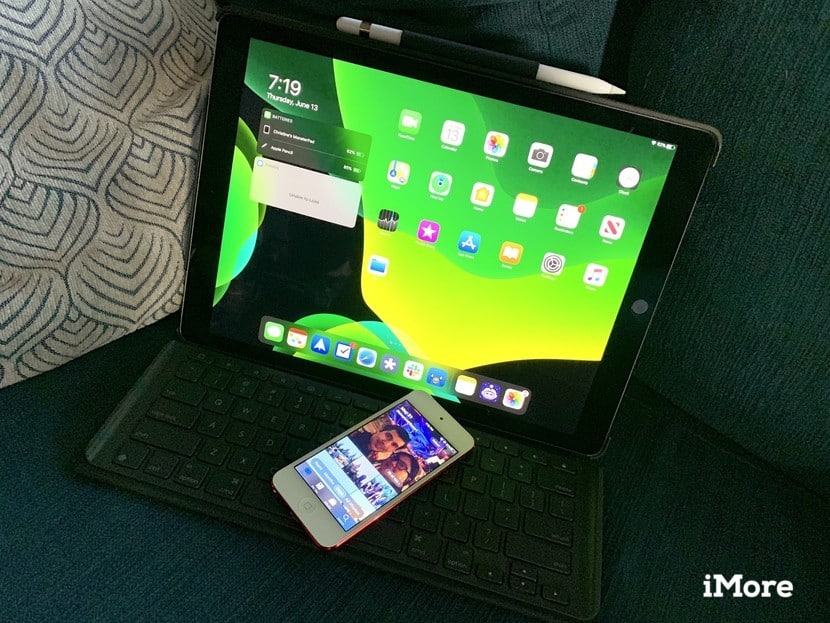 Although Samsung is the clear leader in the smartphone industry; However, the best-selling mobile in the first half of 2019 comes from Apple. The iPhone XR prevailed with some advantage over the competition.

Apple smartphone or Android device? When it comes to the question of the best smartphone and the best operating system, it can ever come to heated discussions. Only a few years ago, it was mainly about the question of whether you should buy a Samsung Galaxy Phone or an iPhone from Apple. Meanwhile, however, some manufacturers are dangerous to the two big players. Meanwhile, for example, the Chinese manufacturer Huawei Apple even overtook the global market shares. Nevertheless, a new analysis shows that the most popular phone 2019 so far is an iPhone model.

iPhone XR is the best-selling smartphone in 2019

According to a report by IHS Market (via CNET), the bestselling smartphone in the first half of 2019 is the iPhone XR. The cheaper model in the current flagship line-up was sold in the first half of 2019, almost 27 million copies and despite its attractive price from 849 euros. The second-best-selling smartphone was the entry-level Samsung Galaxy A10 with less than half the sales. Interestingly, there were two other iPhone models in the top 10. The expensive iPhone Xs Max took ninth place with 9.6 million devices sold, and the now three-year-old iPhone 8 was the fourth-best-selling smartphone. Also, none of Samsung’s Galaxy S10 flagship was among the top 10.

That’s why the iPhone XR is so successful.

IHS analyst Josy Hong explains that Apple has an advantage here with its small line up. For other manufacturers, the total sales are distributed over many more devices, which is why individual Apple smartphones have higher sales. Even if the market share is lower overall than Samsung or Huawei.

The sales figures of the cheaper iPhone XR and the older iPhone 8, however, also show that Apple goes well with offering affordable models. This one seems to have recognized there as well because next year probably a successor for 2016 published. Cheap iPhone SE comes on the market, a direct iPhone XR successor is expected.

On Tuesday, 19.00 clock starts in the Steve Jobs Theater in Cupertino the keynote of the year. Apple CEO Tim Cook and other overpaid performers perform a piece that is hard to beat in terms of drama.

For the successful Californians, much is at stake: defend the global smartphone crown and brush up on its scratched image as an innovative manufacturer of safe products.

The (probably) approximately two-hour performance is not only worthwhile for die-hard fans and hater. Namely, the Apple show is announced as follows:

A full-bodied promise from Apple –

Is so on the invitation.

Who climbs the Iron Throne?

On Tuesday evening, the preliminary decision is made as to who secures the smartphone crown in 2019. Then we learn with which new iPhones Apple wants to keep the competition at a distance. Or even expand the lead.

In the segment of premium mobile devices, which cost $ 600 or more, three companies dominate:

The big names in the premium segment are giving the industry the hardware trends. They equip their flagship products with the latest and best technology, whether cameras, processor, touch screen, battery or biometric sensors.

“Apple’s European business is bigger than its business in China.”

As with “Game of Thrones” is right in the real world as well: When a kingdom is attacked, or a tech company weakens, others try to profit.

Samsung has released in March and August, Huawei will present the Mate 30 and Mate 30 Pro on September 19. However, without the Google Play Store and other popular apps, which clouded the sales prospects in Europe massively.

Market researchers assume that Apple and Samsung benefit from Huawei’s weakening because of the US boycott. Where the situation in China is reversed. There, non-Chinese cell phones are selling increasingly hard when the trade war with the United States continues.

According to Loup Ventures market analysts, Apple was still the world leader in the recent quarter with a 42 per cent market share. Huawei and Samsung accounted for about 40 per cent, both with Google’s Android operating system. The remaining 18 per cent of the market was held by Google (Pixel) and a variety of Chinese manufacturers, including OnePlus, Oppo, Xiaomi, and whatever they are called.

Outside we leave the new category of folding phones, Samsung and Huawei, which have made a perfect false start. With their astronomical prices, they will probably attract only a few users behind the stove.

Apple streams with the biggest adversary

Apple transmits the keynote not only on its website (and via App) but also on its official YouTube channel.

Apple has never used Google’s video platform to host a live event, according to Apple Insider. Why is that changing this time?

The (red) the elephant in the room

Apple can not do without China. And with China, things are getting harder and harder, as recent revelations of labour law violations at Foxconn show.

Fact is: In the White House rages a megalomaniacal egomaniac and leads an economic war in the Far East with unforeseeable consequences.

China is not only economic power, but also a regime of injustice, whose long arm extends far beyond the “Great Firewall”. The Beijing government has its friend and foe monitored and digitally spied on.

That the security of iPhone and Android users is severely affected by massive hacker attacks, the responsible persons accept as collateral damage.

And what are the rival tech companies doing? They push each other to the buck and practice in legal lies, instead of informing about the backgrounds and backers of the attacks.

After all, Apple has confirmed in a recent release that the latest hacker attack had targeted the Uighurs. Knowing that it does not have that.

On Tuesday, Tim Cook has the perfect stage to regain the confidence of unsettled users and to announce action in the fight against hackers. Be it ordinary criminals or attackers in the state order. And no matter if they come from the Middle Kingdom or from Apple’s homeland – Snowden sends greetings!

When the last curtain falls …

Jony Ive did not like to be on stage.

That’s a brutal loss for Apple.

Even if according to the official presentation, everything should be half as bad and he stays a bit.

One thing is for sure: the Briton with a US passport leaves the company at the end of 2019 and becomes self-employed. On Tuesday could be his last keynote.

Jony Ive has never been a rush. Will Apple give its most valuable employee the (desired) quiet farewell, or cannibalize the departure PR-moderately? And who is trying to step into Jonys huge footsteps?

This brings us to the delicate question of whether Jony Ive, who coined the Apple design for more than two decades, with a rather unsightly design fail …

What does it look like, the triple camera on the back of the new iPhone? Is it really an unsightly log with rounded corners sticking out of the case, or has Jony Ive just barely got the curve?

At this point, we do not want to speculate more about the 2019 iPhones, except for an innovation …

According to severe rumours, the new iPhones are equipped with a sensor for Ultra Wide Band (UWB).

“Ultra-broadband is a low-power, low-power wireless technology that allows for more accurate indoor positioning than Bluetooth LE and Wi-Fi.”

This technology should be in connection with a new accessory from Cupertino essential. Allegedly Apple wants to launch small round chips (see picture above), which make it possible to determine the location to a few centimetres. If you believe the unconfirmed reports, then a kind of Bluetooth tracker à la Tile is planned, only much more accurate.

Users can hang a coin-like chip on the keychain, place it in their wallet or attach it to any conceivable personal item.

If you can not find the item anymore, but the attached tracker in “Lost Mode”. As soon as another iPhone user encounters the lost object, the contact information can be viewed and the owner contacted by phone or message.

Dark clouds over the iCloud

In short, during the testing phase for the new iPhone software iOS 13, troubling reports from software developers have been published in recent weeks. That’s about sync issues with iCloud.

“This year’s beta release cycle for all Apple operating systems has been chaos – the months since WWDC in June have been a terrible experience for both customers and developers alike, and the very centre of the chaos was the iCloud synchronization service.”

So quoted the tech blog iMore from a “Rant” of a well-known app developer. source: imore.com

Does Apple get the problems under control in time – or is even the release of iOS 13 at risk?

The Next Big Thing?

There has been some evidence that Apple is working behind the scenes on some large boxes. Or a giant box, such as a self- driving the car …

The wealthiest company in the world is spending a lot of money to find “the next big thing”. Where Apple does not like to look in the cards and traditionally presents new products only when they are ready *.

The Essentials in Brief

You really want to know before the keynote on Tuesday, how the next generation iPhone is equipped and what else has Apple in the pipeline? After the obligatory spoiler warning, there are the, um, half-hard facts.

From the keynote we expect:

Finally, there’s a selection of reliable tech journalists and their forecasts for the Keynote of the Year.